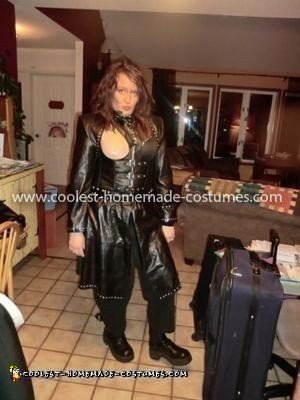 The Homemade Janet Jackson Superbowl Costume idea was for “rock night” at our local bar. Any music group or artist costumes or looks were encouraged. I chose to make a costume as Janet Jackson Superbowl “Oops.” I spent hours on the computer watching the videos and looking at the photos to get the most authentic costume I could. I used an old black leather trench coat and cut it up for the pieces of the outfit I needed…chaps-like skirt, short jacket, and bustier. I bought several bras to get the desired effect and used tan material for the breast. I used an earring for the nipple that I constructed out of batting and stitches and lots of electrical tape with silver dots for the grommets for the skirt and edges of jacket. I bought an earpiece microphone and put lots of dark eyeshadow on my face and neck. 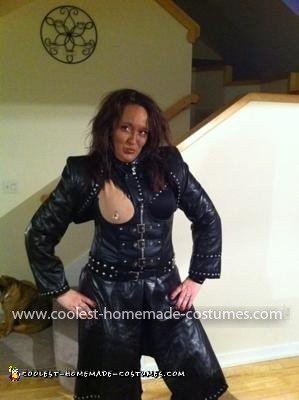 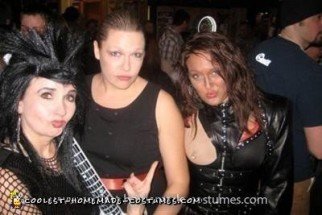 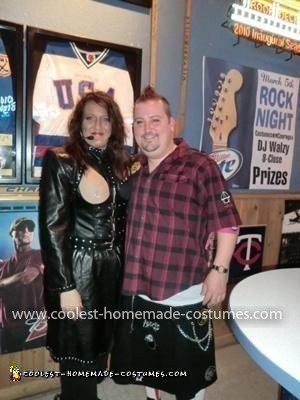