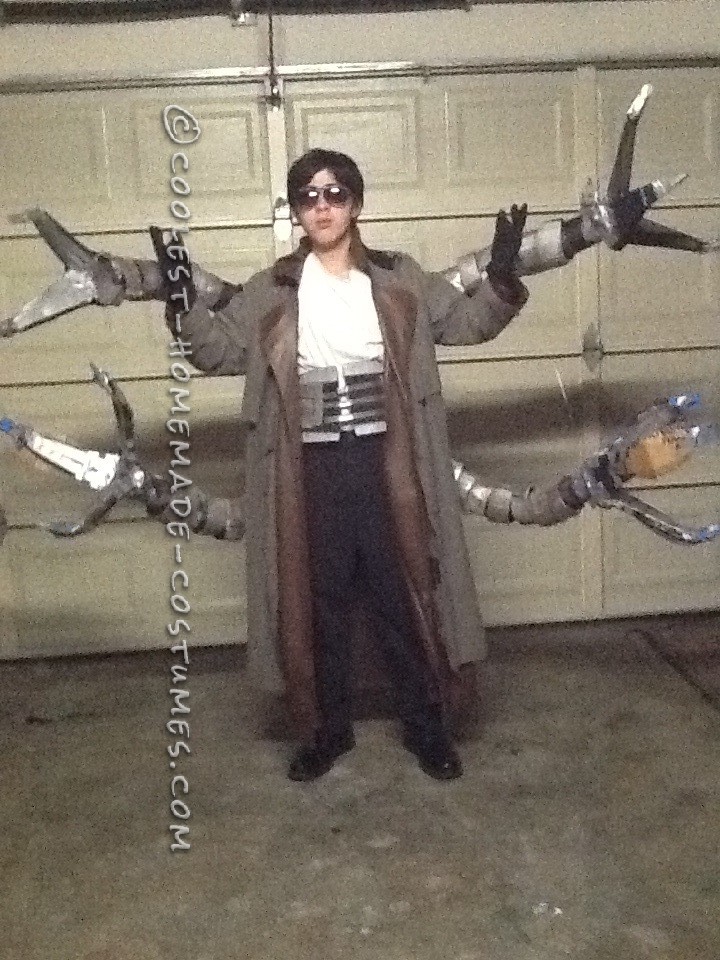 This year I decided to go as Doctor Octopus (the version played by Alfred Molina in the 2004 movie Spider Man 2). I started by selecting the clothes I would need: a long brown trench coat ($10 at a thrift store) and a long green trench coat (which I happened to own). Underneath I wore a plain white t-shirt and black pants. It was topped off with dark shoes, dark gloves, and dark sunglasses.

The more involved part of the costume was the Doctor’s robotic arms, for which I would end up using about $15 of duct tape and $15 of spray paint. The arms were supported by a harness that went around the abdomen. In order to get the thickness of a harness that looked like metal and was also reasonably durable, I used interlocking foam floor mats. To find a shape that would fit me, I wrapped my abdomen in duct tape, and then traced the tape formation onto the foam. I cut out my harness and, referencing pictures from the Internet, cut out another foam piece as the back plate, where I would attach the robotic arms.

The robotic arms themselves were based around a pair of foam pool noodles, each 58 inches long. I cut each of the pool noodles in half and spray painted them black. Each of the noodles would be covered in a total of 30 cardboard segments, which had diameters of about 5 inches and which were painted metallic silver.

At the end of each robotic arm was a small foam plate holding 3 triangular foam pincers, each about 4 inches wide and 12 inches long, spray painted black. Each pincer was jointed and bent inward about 8 inches down. These inward bends were slits that were solidified with glue and bits of foam debris. In the pincers for the upper two arms, the tips past the jointed portions were adorned with cardboard triangles; in the pincers for the lower arms, the tips were given small “gripping” claws made of half-thickness foam, and were decorated with folded cardboard. The inward sides of all the pincers were decorated with thin strips of duct tape. The foam plates holding the pincers were duct taped onto the ends of the pool noodles.

To hold the robotic arms, the harness needed a few rigid pieces: a hula hoop cut into fourths, taped together in pairs, the pairs taped together in an x-formation that went in the back plate of the harness. The ends of the hula hoop formation were inserted into the 4 pool noodles and reinforced with tape. For the upper arms, additional cardboard was needed around the junction with the back plate, as was support from the halves of a metal curtain rack. Nearly invisible fishing line was strung between the two top arms to hold them closer together, and between the respective top and bottom arms, to keep them from drooping. The whole back harness was spray painted silver, with some decorative black paint and silver duct tape in the front. The duct tape in the front of the harness clasped it together when I wore it.

The harness went around my abdomen and through a large hole in the back of the jackets. It was mobile and secure enough for a fun Halloween night of trick-or-treating and recognizeable enough to get lots of compliments. 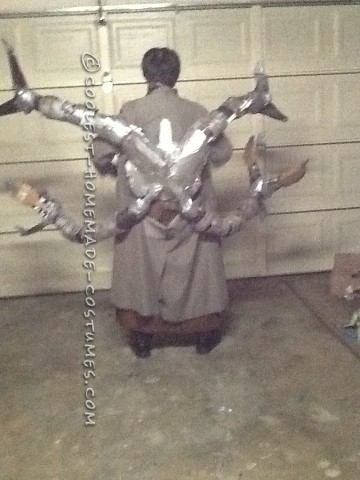 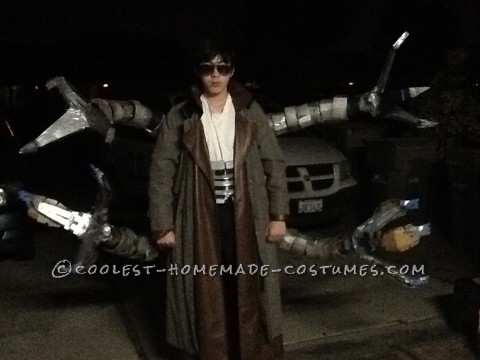 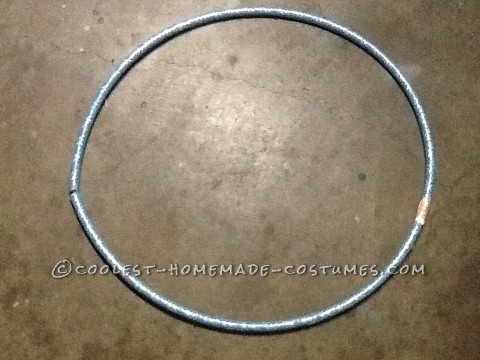 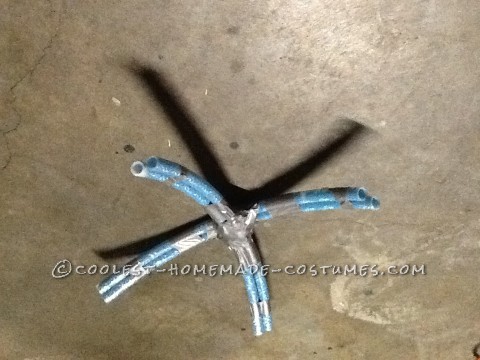 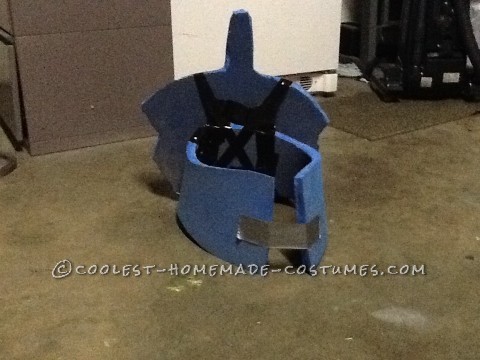 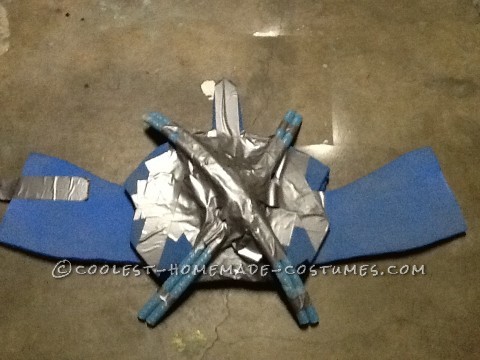 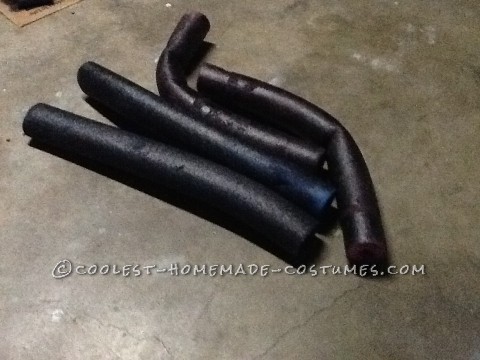 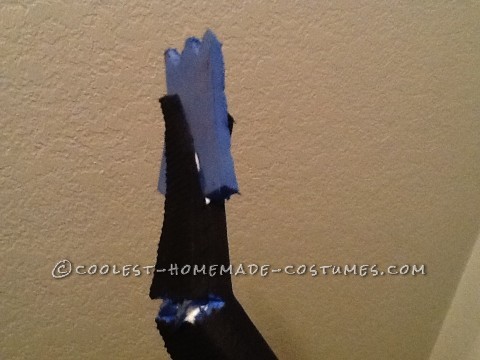 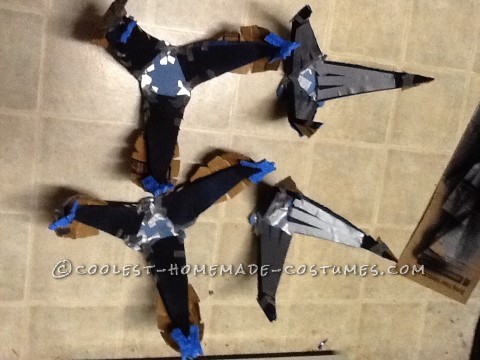