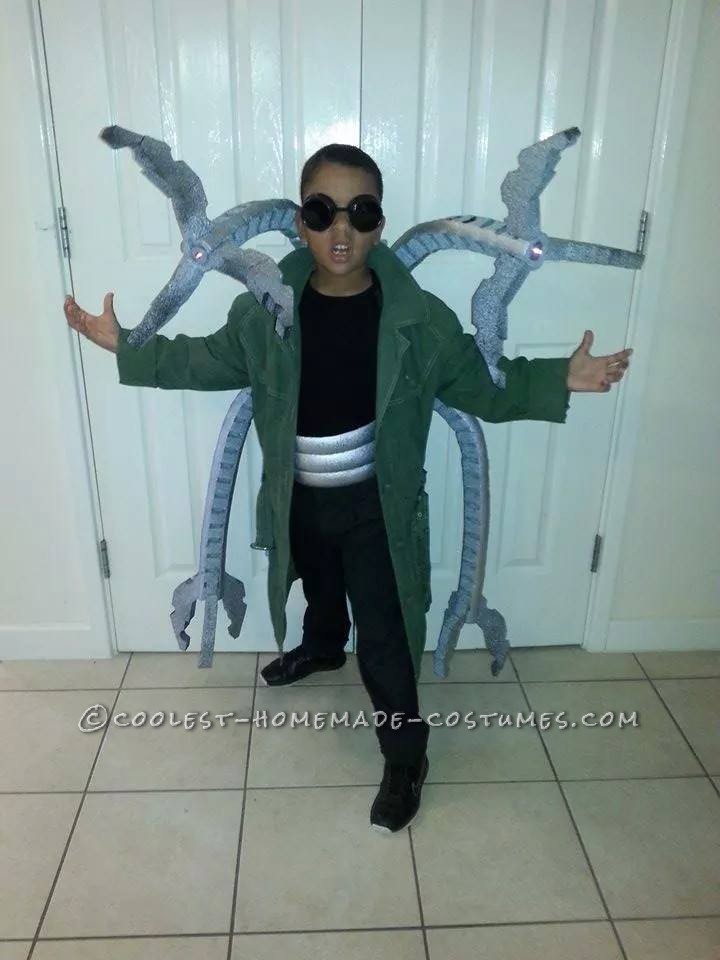 My son Jace has always loved dressing up. He saw the old Spiderman movie with Dr Octopus and immediately said he wanted to be him for Halloween. I did some research online and since he is not the most popular villain character to dress up as, I decided I would have to make it for him.

I took two ordinary pool noodles, cut them in half then shaped them into rounded triangles, carved the small blocks on all three sides to create the banded look. I straightened wire hangers and gently pushed them through the center of each pool noodle leaving about 6 inches of wire out of the end to attach them later. I then painted the noodles with silver spray paint. Next I took box foam, carved 12 pieces in the identical shape to make the claws then painted them. I hot glued the pieces onto the end of the noodles to create the claws with two open and attacking and two closed.

I painted and hot glued battery operated tea lights into the ends of the noodles to create the lighted red eyes. Took one of my old trench coats and dyed it dark green with fabric dye. I then cut holes in the back of the trench coat for where the arms (noodles) would stick out and fed the arms through. Using a back pack I tie! d the arms together with elastic bands and put them securely in the back pack and clothes pinned the back pack closed around the arms. I created the belt out of left over foam from the noodles, I hot glued them onto an old belt, painted it silver then safety pinned it onto his waist. The rest of the costume is regular black pants, black shirt, black shoes and old welding goggles.

Here are some of the comments Jace received at his Halloween party: 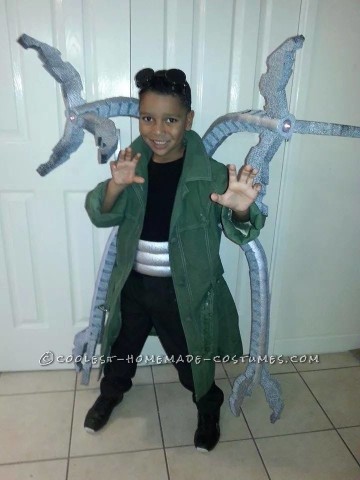 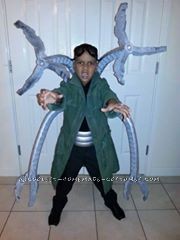 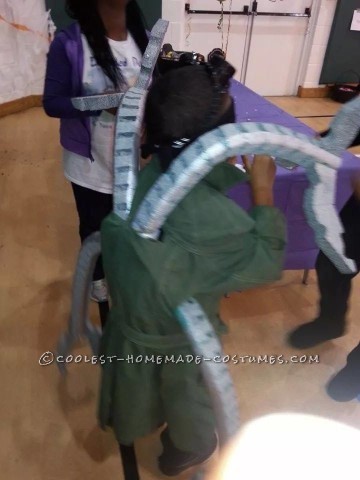