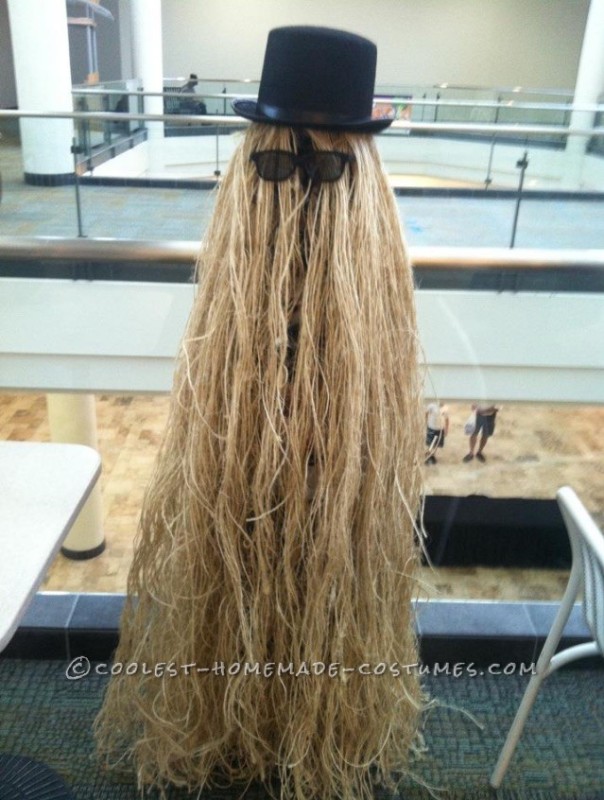 We always have the unique homemade Halloween costume everyone anticipates seeing. This costume was by far the best yet. This costume took me a solid month to make. I started with a summer beach sun hat I found at Kmart on clearance. I went to Lowes and bought several rolls of baling twine along with some wood glue.

I took the hat and laid it flat on the coffee table. I started at the bottom of the hat and glued a row of baking twine around the bottom, then glued layer upon layer of cut pieces twine (in separate time increments to allow the glue to dry). This was why it took so long to make.

The process was a “learn as I go” type thing. When all the twine was applied and glue was completely dried, it was try on time. The twine was trimmed to floor length. The only problem was her face, she couldn’t see. So back to the drawing board. I came up with the idea to use a ski mask underneath. I thinned out the twine around her eyes and placed the ski mask on, then instead of glue, I tacked each individual piece of twine to the black ski mask mainly under the eyes. This was the hardest part, so that it wouldn’t look like it was an empty spot on her face.

The costume had to hang to straighten the twine. To finish, we used a pair of old 3D glasses they give at the movie theater, which were perfect because they weren’t dark like sunglasses and they were shaped the correct way too. I found a top hat at a local Halloween shop to complete the look. She dressed in black pants and black shoes under the costume. When finished, I had around $40 in the costume, with the top hat being the most expensive thing.

She won first place at the local malls annual Halloween costume contest, which is always packed. She was by far the favorite in every neighborhood trick or treat. So many people stopped her for a picture, she didn’t even want to treat anymore because she said people wouldn’t leave her alone. I honestly don’t know how we can top this one off next year. The only negative was that it rained on our final trick or treat night, and she ended up resembling a wet mop. 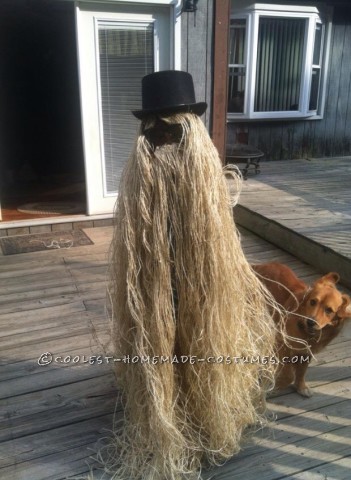 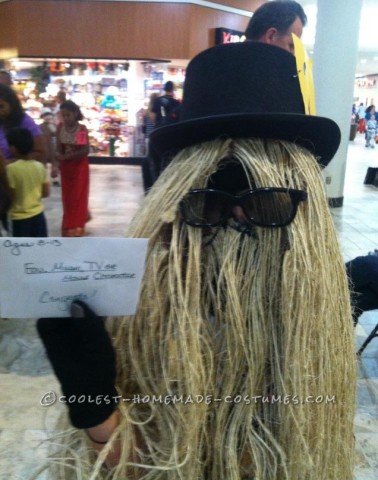 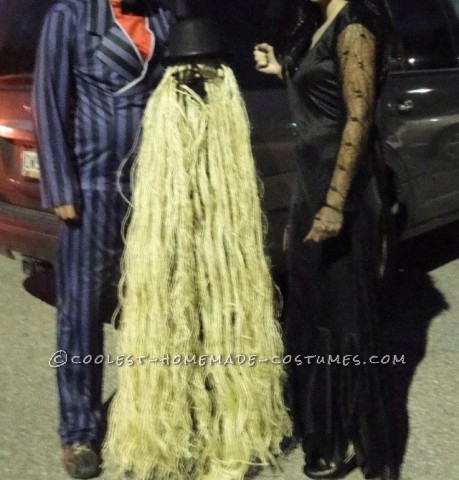