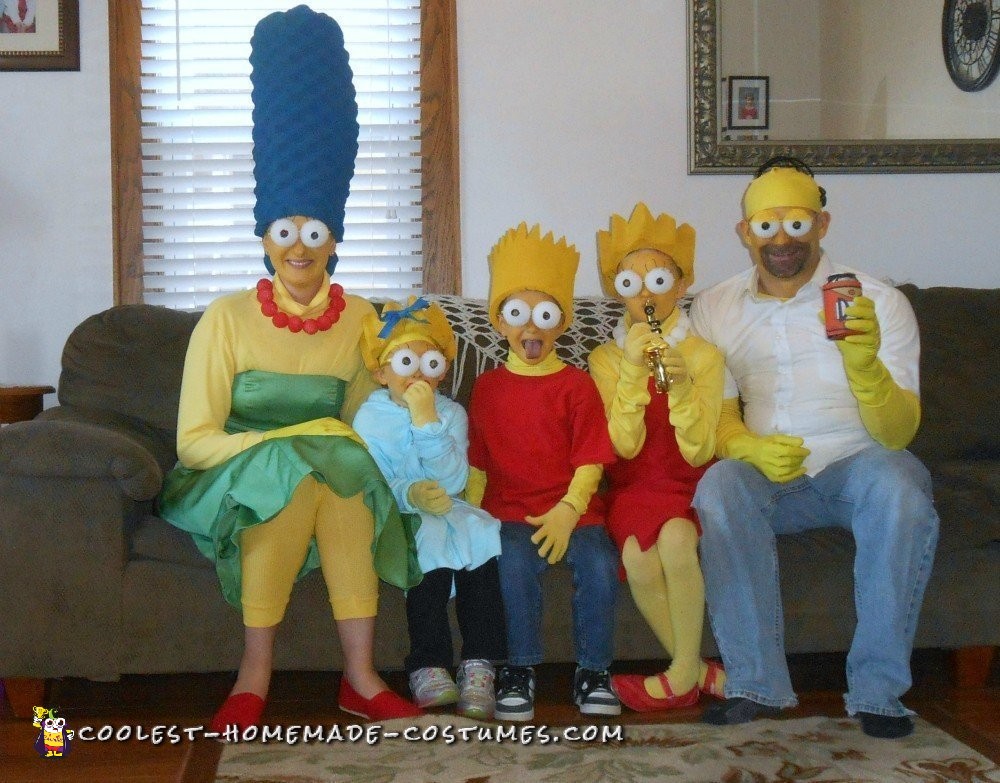 We love to do a theme or family costume each year and this year we went with Simpson costumes. My son went through a stage of liking his hair spiked and that sparked our idea for these Simpsons Halloween costumes!

My kids had a blast. We’ve had a ton of positive reactions, like people stopping us for pictures. Someone even went around the block twice to get a look (they stopped to tell us). People stopped by our house to see us when we were outside taking pics on our porch. We have had a great time and made great memories!

I started a good 6 weeks before we needed the costumes, but that was mostly gathering ideas and materials. Once I figured out how I was going to do everything I worked on it an hour or so here and there.

Marge’s hair took me the longest with a good 2 hours in it between figuring the shape out, cutting and sewing, and spray painting. All in all I would estimate that I invested 6 hours in all 5 of them.

I used mostly things we had to make the costumes. We had the egg foam crate, some of the clothes. Other clothes I needed, I bought at the local Goodwill. 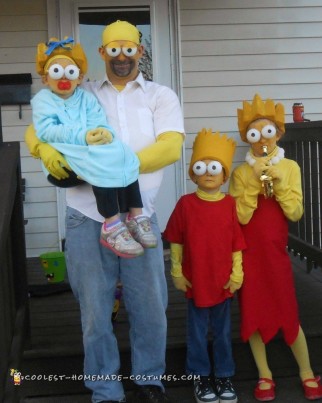 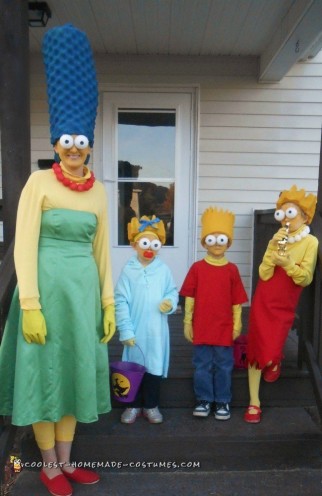