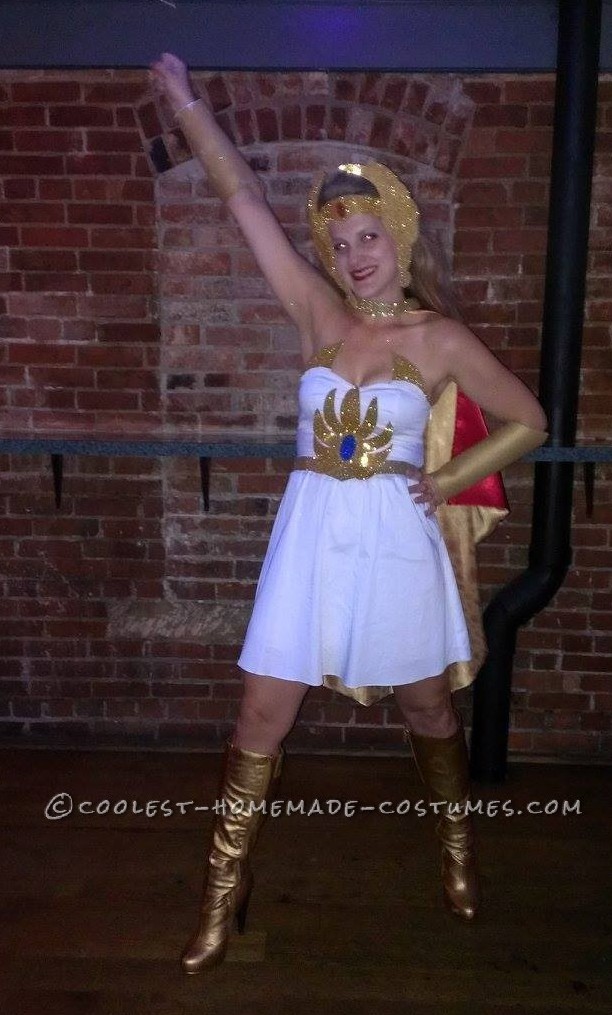 I looked around the internet for ideas on how to construct this ShrE RA costume and I was lucky enough to find a white dress on clearance at TJ Maxx that had the sweetheart neckline. Using glitter gold foamies, my mom and I constructed the breast plate, belt, and the crown. We printed pictures off the internet and used a projector to blow them up so that it would be proportionate to my body and head.

The crown was the most complicated, we couldn’t make the pieces as slender as they were in the printout, so we added some thickness that would fit my face. We cut two of each piece out and glued craft wife in between the pieces for added reinforcement. By luck we found a foamie visor with a plastic coil that was used to keep the visor on the head and we used that as how to anchor the crown on my head. The cape was a basic circle cape, but we only did a half circle and Velcrod a gold foamie strip to create the neck piece. The arm bracers are made out of spray painted foamies and cut to fit my arm. My boots were ones I never wore that we spray painted gold. 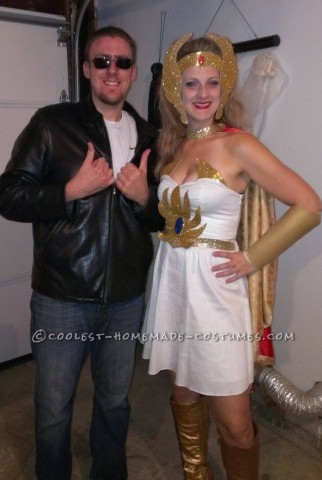 4 thoughts on “Coolest Costume Idea for a Woman: She-Ra! Princess of Power”