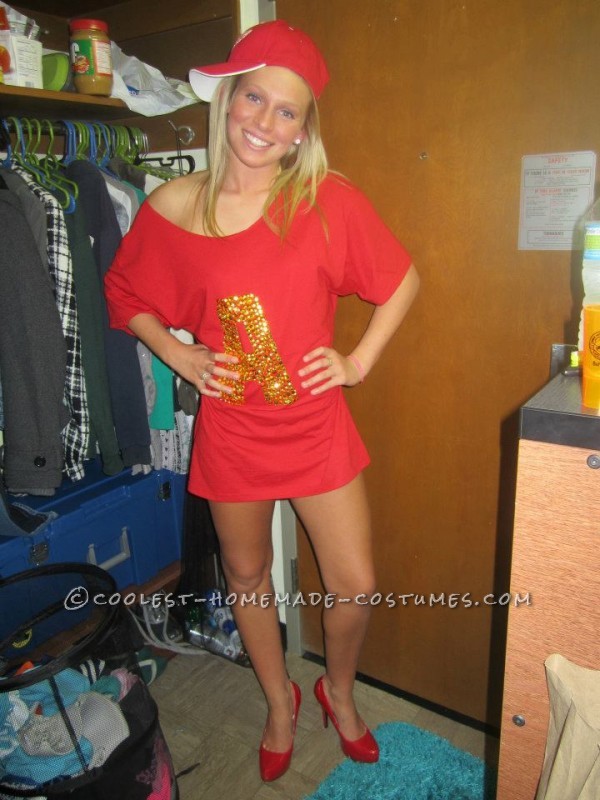 Creating this Alvin from the Chipmunks outfit took very little effort and it was extremely cheap!  The only items I had to purchase were the oversized plain red shirt and the yellow gems.  Us girls, one night sat down in front of the TV and got to work.  I cut the top off outlining the neck so the shirt would fall off my shoulder.  I lightly drew a large A with a pencil and then began gluing down all the gems to fill in the A completely.  I would say the hardest part was getting your fingers unstuck from each other when they were covered in glue!

Make sure you put a piece of cardboard in the middle of the shirt so the front and back do not end up sticking together when it dries.  I already had the red heels along with the hat.  The hat is just an old Red Wings hat.  I would suggest wearing spandex shorts underneath the t-shirt because it was a little on the short side.  This is one of the easiest and cheapest costumes I have ever made!

2 thoughts on “Easiest and Cheapest Costume Ever: Alvin from the Chipmunks”