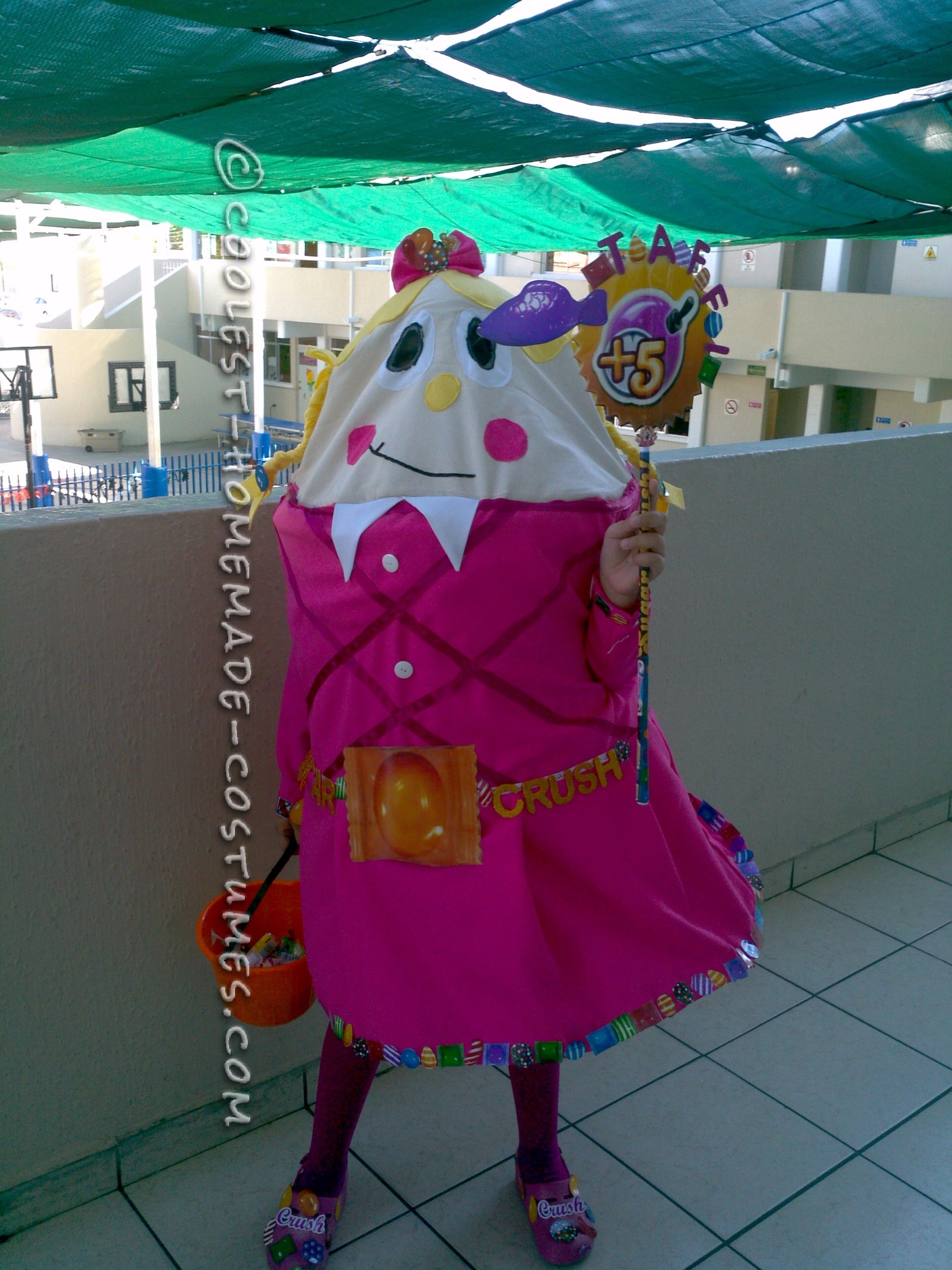 My third grader decided that for Halloween she wanted to bring her favorite game character to life. Not only is Candy Crush her favorite game to play on her tablet, but she loves Taffy. The easy part was picking her character for Halloween, and we thought that making the costume was going to be relatively easy, but boy where we in for a big surprise. Our first obstacle was when we decided that her costume wouldn’t consist of just a dress, wig and makeup. Instead we decided to mount the dress in a frame and go the extra mile by giving it a 3D look.

We started off by looking for the perfect frame to mount the dress, but also keeping in mind our main objective of making a costume without spending a lot of money on it. After looking in our house for something we could use for the frame, we came across a fold away laundry hamper. We made a few cutouts and after fitting the hamper on my child, we started the sewing process. We found an old pink dress of mine which was lying around in our closet and we decided to cut it out and attached it to the frame. After having the dress sewed on, we looked around our house for fabric to make the face, head and hair.

After attaching the face, head and hair, we started working on the decorations. We decided to make some high quality color impressions at our local retail store for the candies, and glued them on the costume with our trusty old silicone gun. After the costume was finished, we realized that we had made a very original costume of one of the most popular game character’s out there, made of recycled household items and after we were finished, our final price tally for the costume was just under 15 dollars (keeping in mind that all the sewing was made by us). The greatest thing about it all, was that my third grader got her wish to be Taffy accomplished and also won Best Costume in her classroom. Yey!9 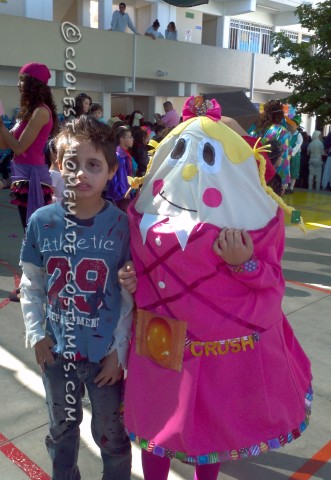