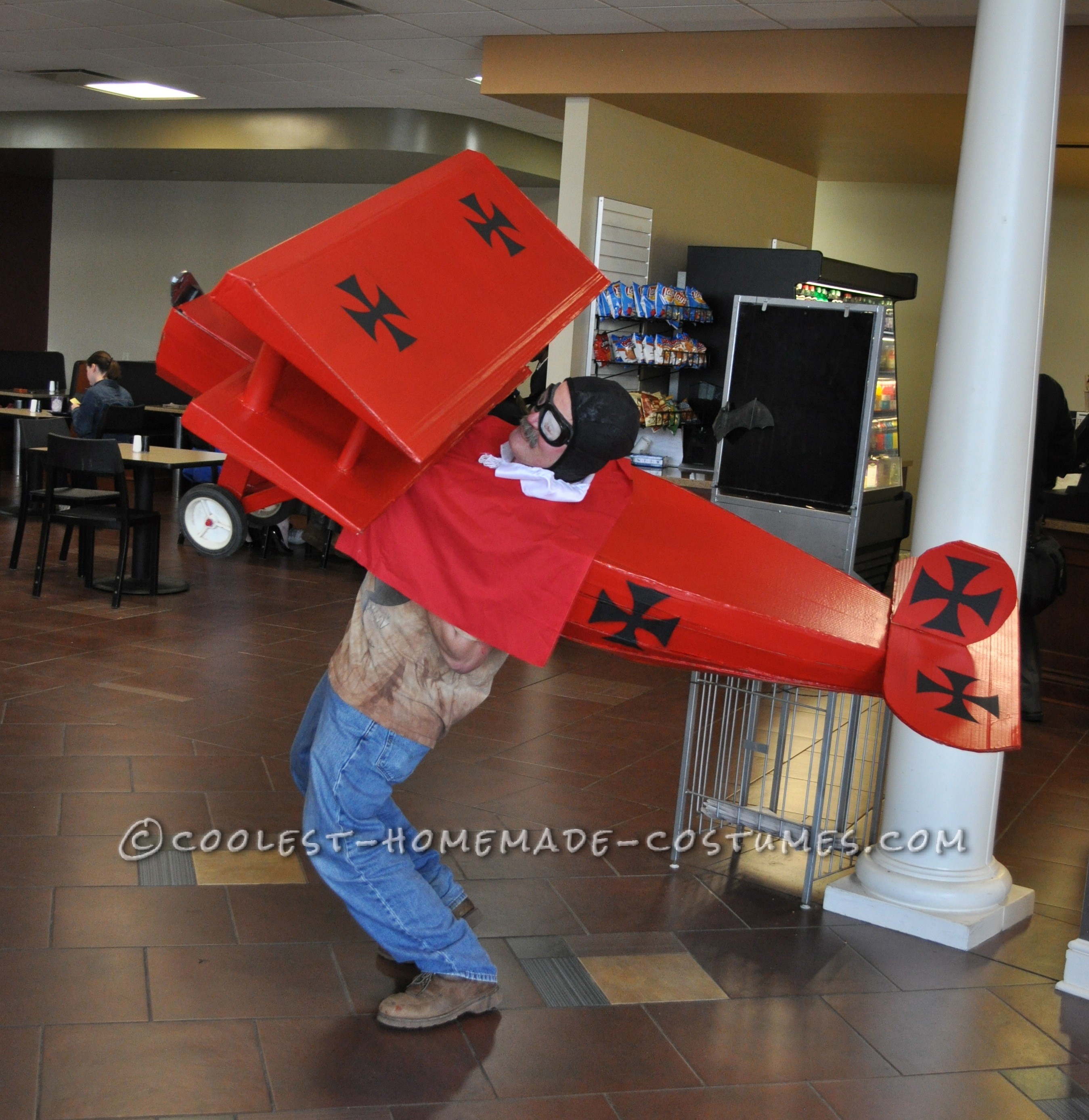 This Red Baron Costume was made with some Large Pieces of Cardboard,  some cardboard tubes, a hot glue gun, a sharp razor/utility knife, some Velcro, a couple of old lawn mower wheels, a wooden dowel and some paint.

The Propeller was made from Balsa wood, with a coat hanger as the shaft. A Bungee cord was used as the rubber band to power the propeller, just like the toy balsa-wood planes you had as a kid.
The plane was made in three sections, the front fuselage part and the tail part are connected by some old canvas back pack straps, which are worn over the shoulders. These straps are covered with a piece of red cloth.

The Wings are a separate piece which attaches to the fuselage with some industrial sized pieces of Velcro. All this was painted red and a cardboard stencil was used to spray paint on the crosses. An inexpensive costume fighters cap and goggles were acquired off of the internet for about $12.00.

All in All, this costume cost me about $28 worth of materials, and about 16-18 hours of labor to make.