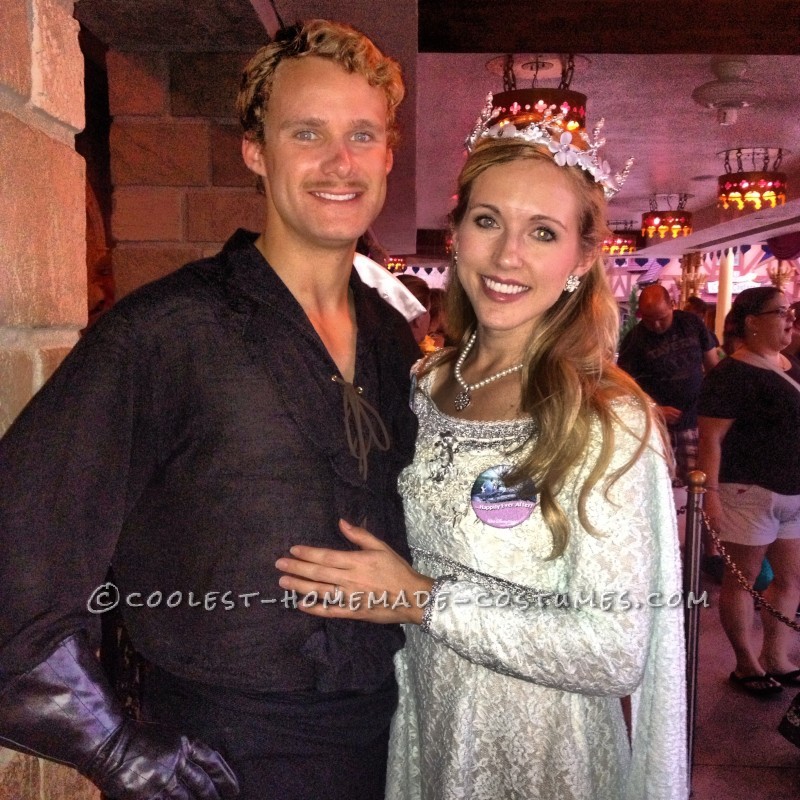 My husband, Michael, and I just got married back in July, and we planned for part of our honeymoon to take place in October at Disney World for the Mickey’s Not So Scary Halloween Party. It was a lot of hard work to make the costume, but it was so worth it while we spent the majority of the night stopping to take pictures with people. When Disney guests stop you to yell “as you wishhhhh” and get their picture with you, you know you nailed the costume!

We soon discovered that if you’re not willing to pay $1,000+ for a costume, there were no Princess Bride costumes to be found online. After weeks of searching, we set our minds to creating our own costumes from our favorite movie of all time!

My husband got really into his costume. We didn’t have to “make” any part of his costume from scratch, but we did have to go to nearly 10 different stores to track down all of the pieces! Westley’s black pants are actually from the women’s section at Good Will, and the black boots we found were actually Size 11 black boots from Wal-Mart! The only pair left! The real tricky part for my husband’s Westley costume was the mustache. He dedicated 1.5 months to growing his beard out, and the night of, he spent 30 minutes shaving and shaping it up to be perfect! I’m even more comfortable than I already was with his ability to commit.

My Princess Buttercup dress was the trickiest part. I found fabric I liked, but there were really no patterns for her dress. Just as I had decided to buy fabric and completely make the dress from scratch, I found a moo-moo at a store that resembled the fabric I was looking at buying. It was a lot cheaper too! I bought it, had my mom help me pin it while I wore it, and got to work cutting it up, piecing it together, and making some magic. We tightened the sleeves and created a lace up work under the wrist, cut the neck down and also created a lace up for the front, beaded the neckline, tapered the waist to be an empire waist and tacked on ribbon to match Buttercup’s.

I cut off the bottom part of the dress to make the “cape” on her shoulders/sleeves, and put an under layer in the dress to match the one from the movie. I found a white tank top, sewed some matching ribbon onto it, and turned it into a chemise fit for a princess. The only thing left was to find the recognizable crown and necklace she wears. I finally found a basic crown with the wired points and just glued some fabric flowers onto it, and then found the necklace 50% at Hobby Lobby.

We were so excited to go to the party! I’ve always wanted to be Princess Buttercup; I just hadn’t yet found my Westley, until now! It truly was such an amazing night! Guests of all ages, Disney cast members, and even the Disney characters all loved our costumes and told us it was the best costume they had ever seen. Prince Phillip and my husband actually had a pretend sword fight! We had such a blast taking pictures with everyone and realizing just how many people hold The Princess Bride, both book and movie, near and dear to their heart. I think these will be our best costumes ever! 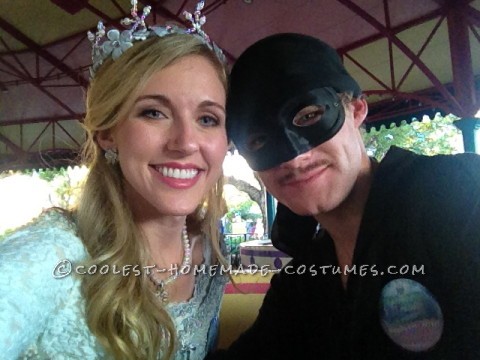 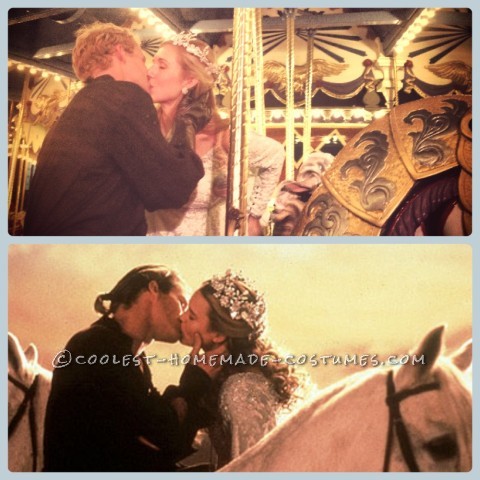 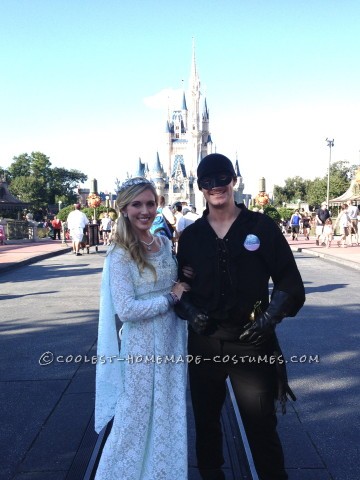 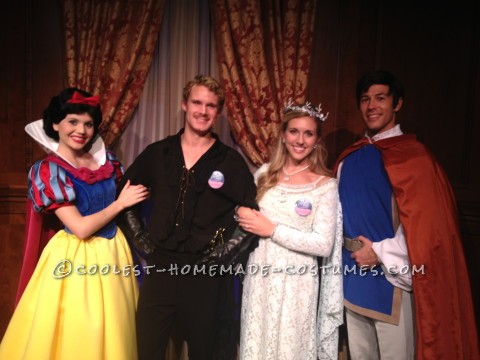