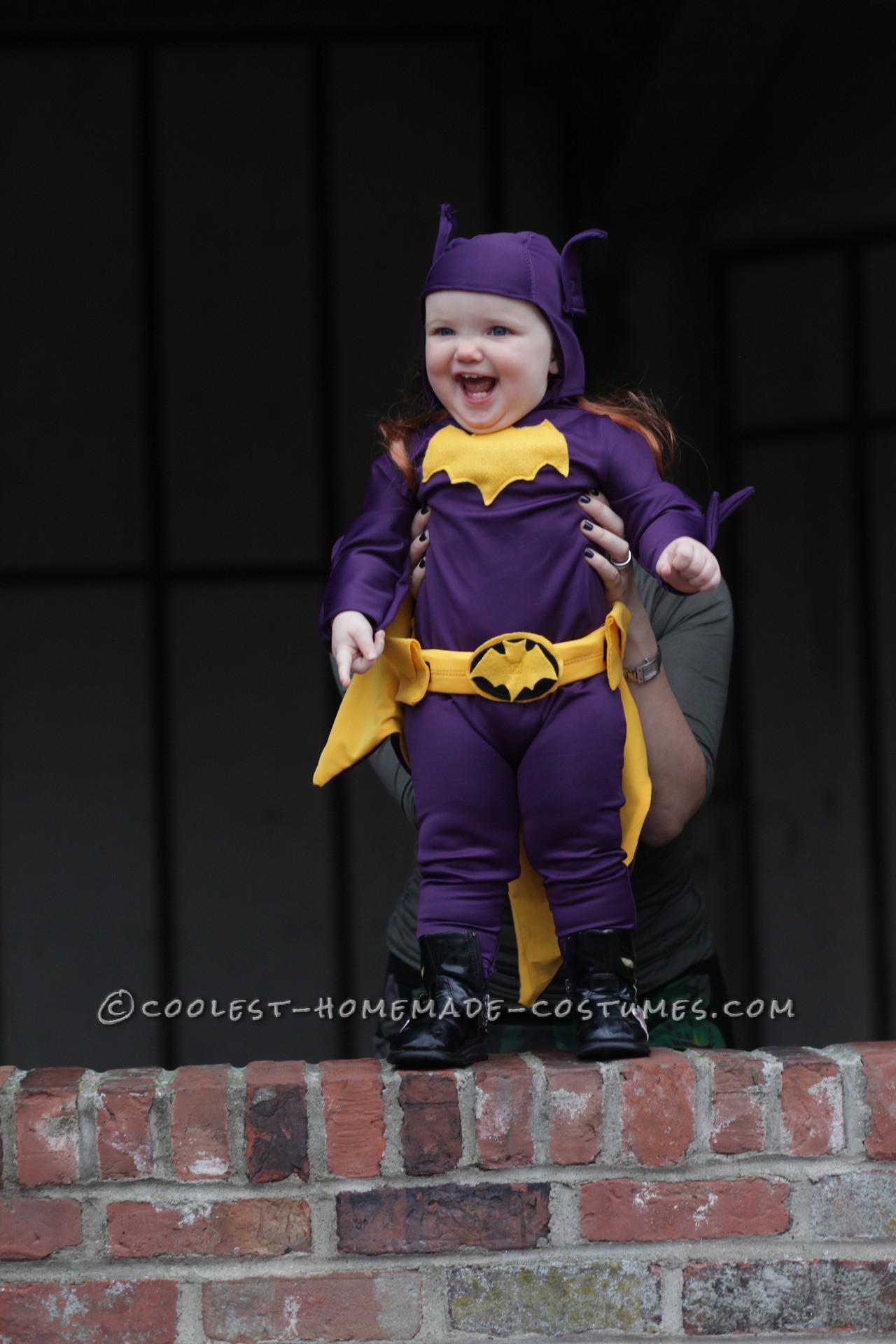 Helping to keep Batgirl safe during her patrols is a busy job.

She likes us to stay discreet. She wouldn’t want any of the villains of Saint John to know we have to steady her as she traverses the rooftops.

This friends was my first sewing project ever. I learned my lesson last year – it’s hard to dress babies in cardboard. So I bought a sewing machine, bought a bunch of discount fabric, chose a classic female hero and set to work. It’s not perfect, but it was a lot of fun. And the next costume will be all the better with everything learned. And no, that’s not her real hair ;)

I used to make a lot of nerdy costumes for me, usually using cardboard and other scraps, but once I became a dad my focus shifted to making Grace’s Halloween costumes. I am pretty happy with her costume for her second Halloween. I basically cut around the shape of a sleeper and stitched it together, sewing the arm spikes into the seam after stuffing them with felt to make them stand a bit. The cape is two sided, and all the the logos and the belt is felt. I just did a lot of winging it really, treating it like I would any project out of other materials, though for the cowl I did google sewing patterns for baby caps, and then modified it to add the ears and the wig and chin strap. It was a challenge, and took a lot longer than a pro would have, but not bad for a beginner if I may say so :)

These are from a test fitting yesterday, and she was quite a hit on the streets. Her mom and I will be dressed up with her tonight as Commisioner Gordon (batgirl’s father in the comics) and the alternate universe female joker. Grace’s mom is a good sport that’s for sure, she’s not quite as nerdy as me :P

You can see more pics as they are added at my blog. 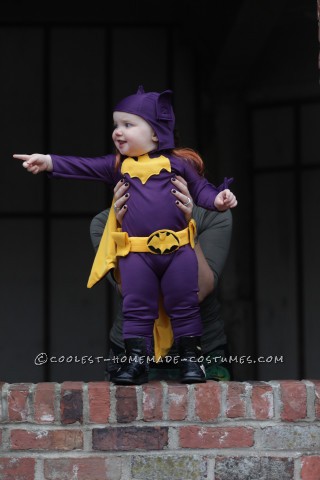 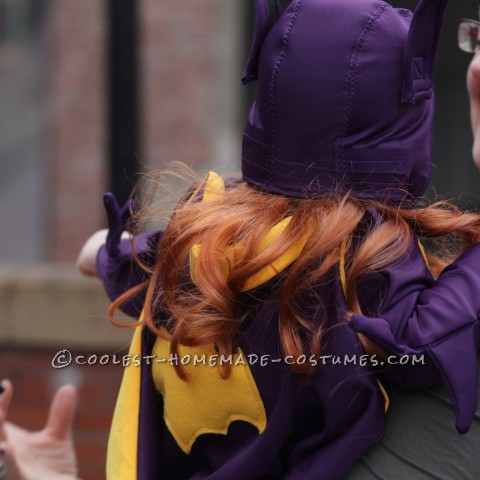 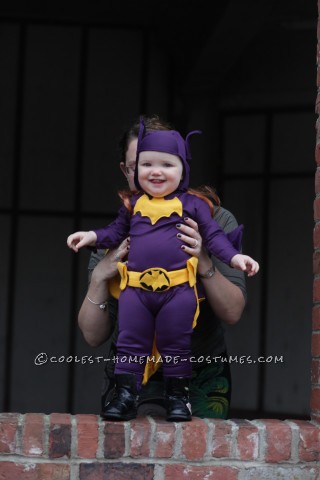 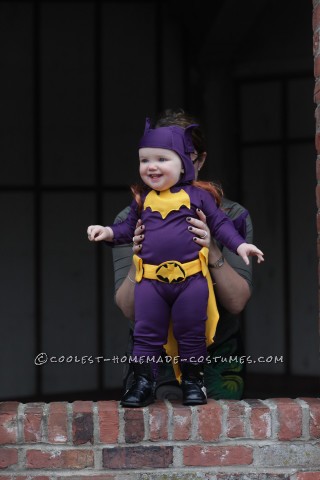 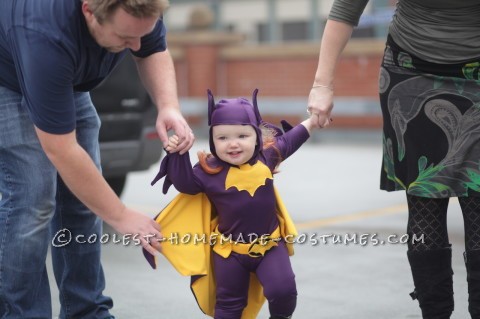 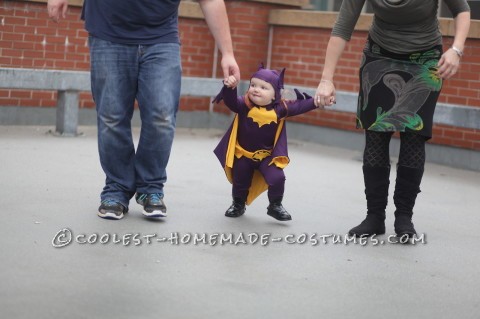 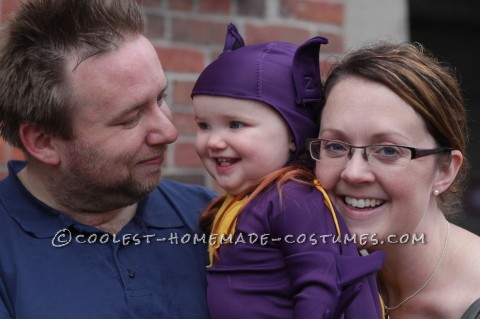 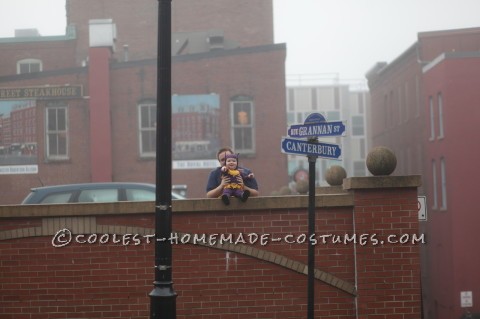 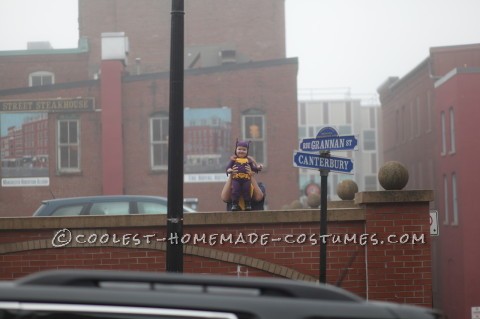