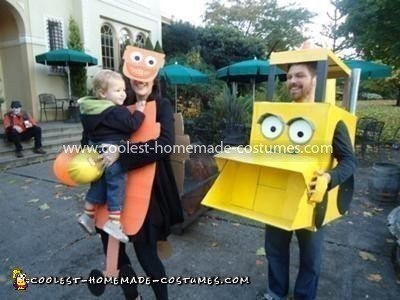 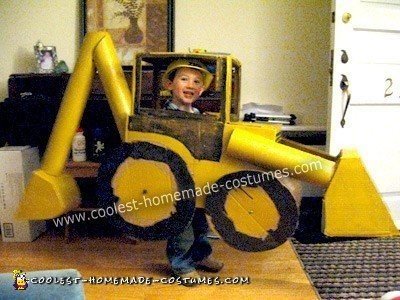 For Halloween this year, my construction-obsessed 3-year-old wanted to be a backhoe driver. Dressing him up as a construction worker was going to be easy – a hard hat, construction-style boots, jeans, a flannel shirt and a ‘safety’ vest with reflective tape – but how would people know that he was more than just a … Read more 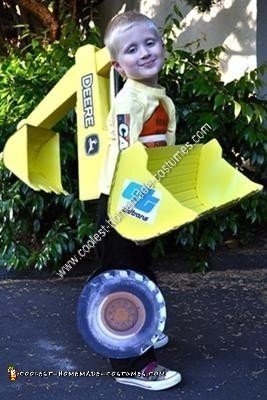 My 4.5 year old son, who is fascinated by construction equipment, decided that this year he would like to be a backhoe. Knowing right off that there would be no store bought costume available, my husband and I set about devising how to construct a Homemade Backhoe Halloween Costume. First off we started sketching out … Read more 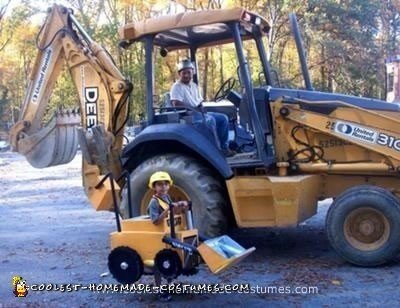 This homemade construction costume was a fun project to take on. The Loader actually scoops! Everything was found in my basement except for the paint for a total cost of $15! The Loader and Digger buckets are diaper boxes. The main body is a mosquito zapper box and the upper part is an amazon box. … Read more