Well this came about due to being on a limited budget and wanting to stay away from the traditional package costumes. I had already made the vest for him prior to Halloween. It did take some cutting and sewing and of course some ironing. He already owned the jeans and shirt. Bought him a bandanna, … Read more 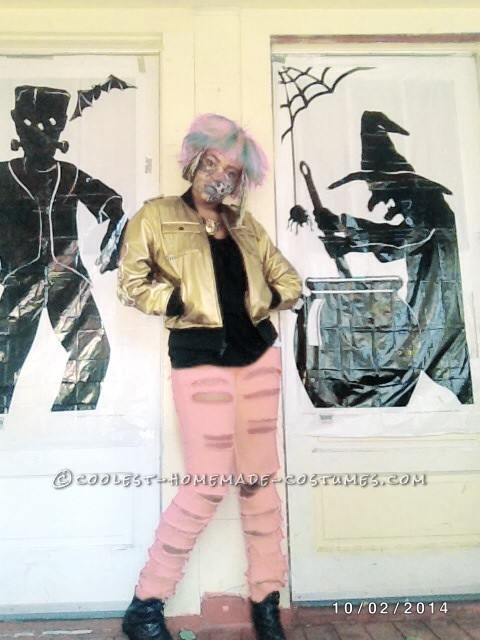 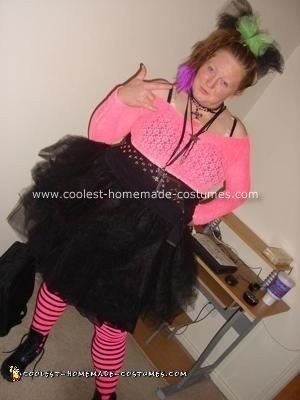 First of all I totally rock, so I totally had to build the best rocker chick costume I could think of so the first thing that came to mind was a totally 80’s Punk Rocker Chick. I went to some local thrift shops and picked up a few items such as a black tank top … Read more 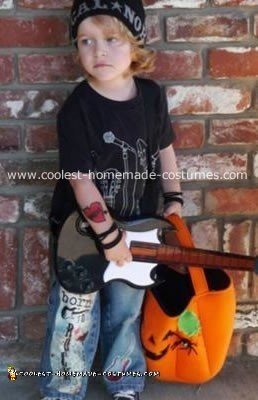 My 3 year old is a rock star at heart and wanted to share that with the world for Halloween this year. He had a pair of ripped jeans that I embellished with an iron-on transfer that says “born to rock” and a guitar. A guitar and microphone tee that he had previously cut with … Read more 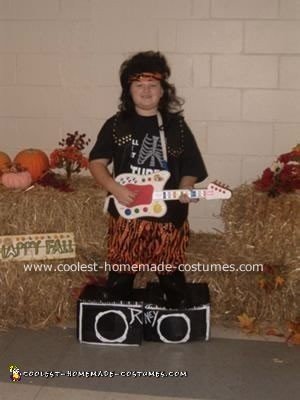 Inspired by Waynes World which was very popular during my brother’s teenage years, I made this rock star costume for my 11 year old nephew. It was created using a box, a pair of boots I bought at Good Will, an Indian wig that we cut into the mullet, and some scrap material I had … Read more 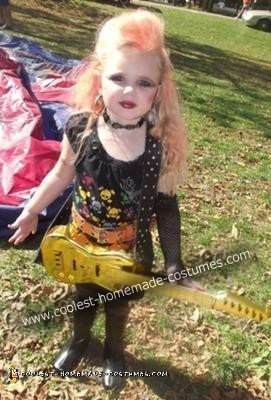 My 3 year old daughter wanted to be batman for Halloween, but since she was just 3 I still wanted to dress her the way that I wanted to because I know in a few years I will not have any say in what she wanted to be. For this Rockstar Girl costume I started … Read more 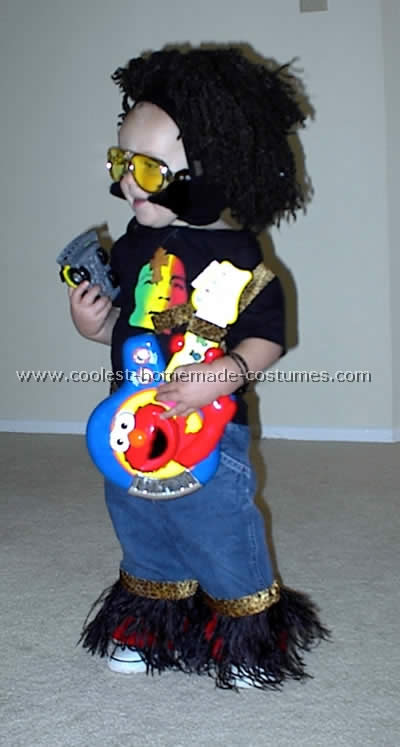 Home made Halloween costume idea for year olds are usually pretty limited and can be expensive. I wanted something that was original (not the same old pumpkin baby chili pepper baby etc.) and reasonable. I made this one up and it was a huge hit. You know it’s a great costume when other kids’ parents … Read more 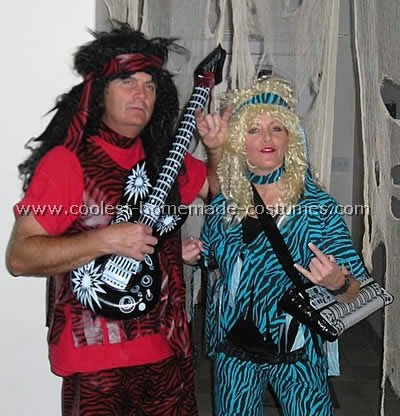 I was in Wal-Mart one day and I always go look at their $1 fabric. I happened to see some vinyl red and blue zebra fabric. I knew I had to have it for my homemade Halloween costume ideas and I came up with the idea that we would be rockers for Halloween. I made … Read more