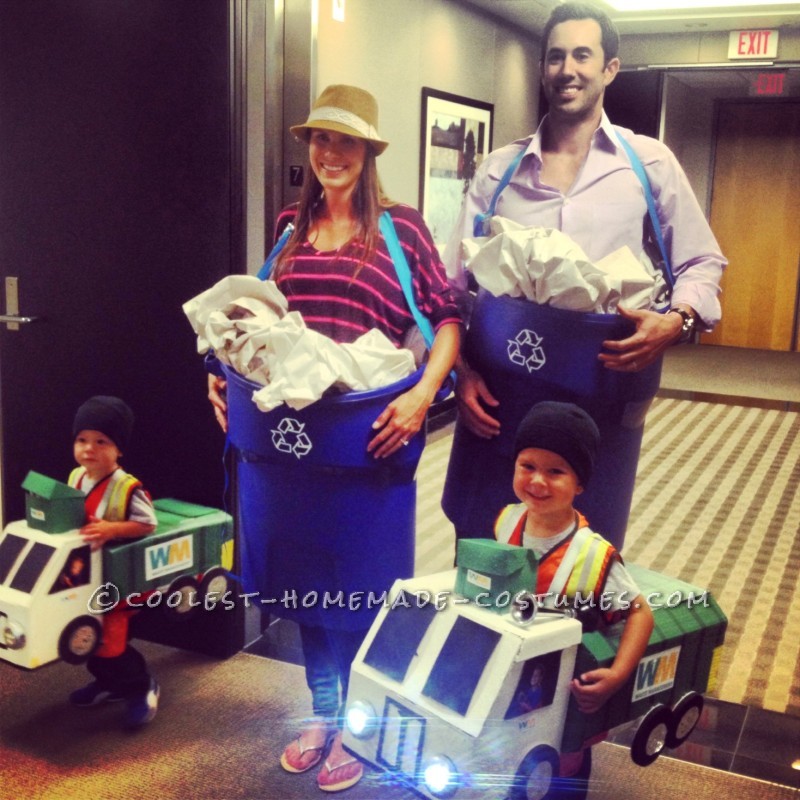 Moms will do anything to see the smile on their kids face that I saw when I showed my kids their Halloween costumes. This year I asked my son what he wanted to be and he said Garbage truck.  So I immediately opened my computer and searching for something to buy. With no luck I … Read more 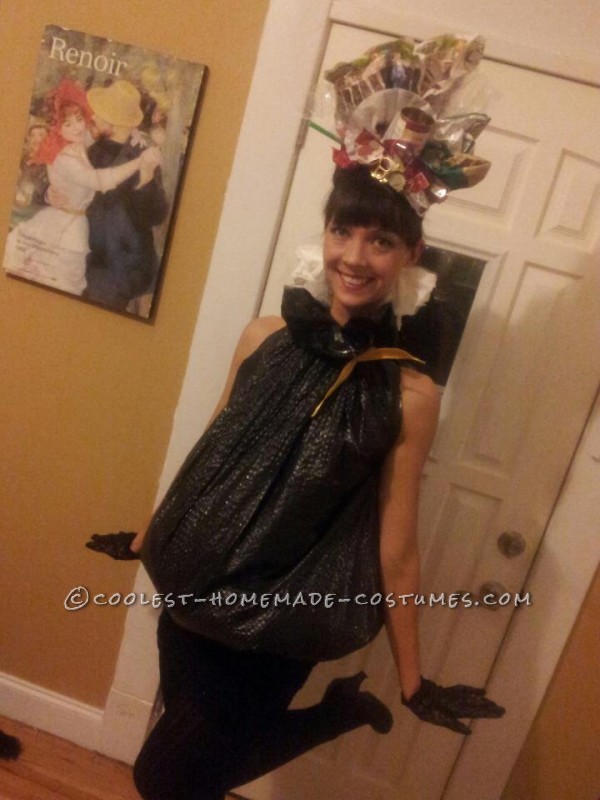 October of last year (2012), I had been very busy.  My best friend’s wedding was the weekend before Halloween, and on top of that, I was very busy with a 2 week long Halloween event at my place of employment.  Needless to say, I did not have the time, energy, or disposable income for a … Read more 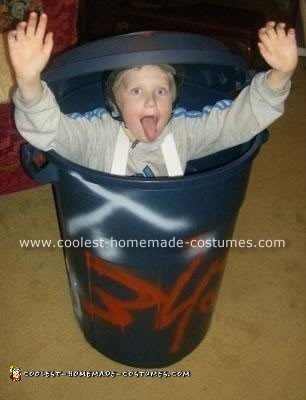 My husband came up with this idea for our son. We bought an ordinary outside garbage can (take your child with you to make sure that the can will be big enough but not too big). We cut out the bottom so he could walk. We then spray painted the outside to make it look … Read more 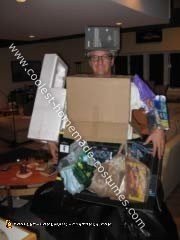 This garbage Halloween costume allowed me to pull my head and arms inside and become completely unseen. I could lean against the wall and look as though I were a pile of trash bags and boxes. Scared quite a few people when they would walk by and I’d poke my head out. Luckily I didn’t … Read more 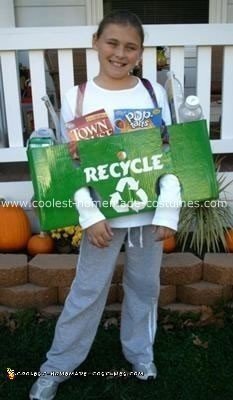 My daughter wanted to be a “trash can”, but I took it a step further. If she were a trash can, all we could really throw in her without being cruel to the environment would be …what…food scraps? ooh gross. So we chose a Homemade Recycle Bin Costume, and glued on newspaper, milk jugs, cardboard … Read more 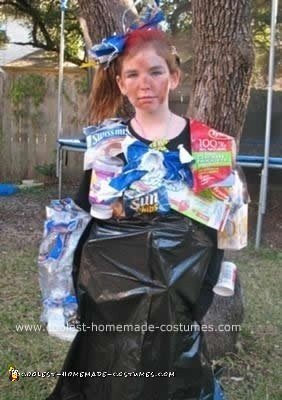 My 8-year-old daughter was playing in the rain one day, and came out of the garage wrapped in large black trash bags. I thought to myself “what a great costume for Halloween”…and the Homemade Bag of Trash Child Halloween Costume was created. I bought a long sleeved black shirt at the goodwill for $2.50, saved … Read more 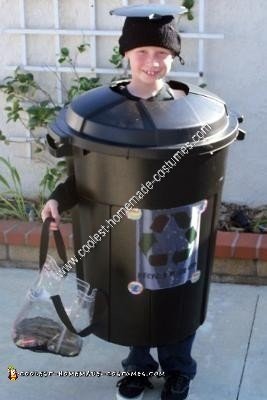 This Halloween we were having a hard time finding a costume idea for my 8-year-old son that we were both happy with. I don’t like the scary ones and he feels he is getting a little old for the cute ones. So as we stared out the window we saw the recycle cans. As his … Read more 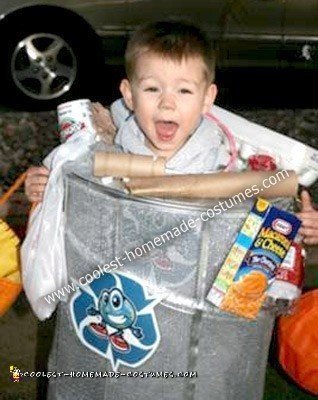 My son is only two years old, so I figured this would be my last chance to put him in something “cute”. In September I ran to the store and bought not one, but two costumes, a dog and a dragon. Well, my headstrong son refused to wear either one and was adamant(since August) he … Read more 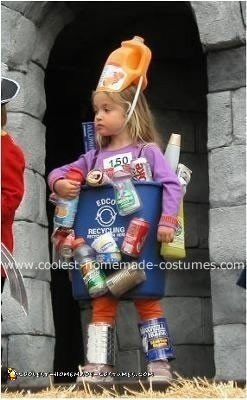 While helping to take out the recycling in September, my daughter started playing with some of the containers and the idea just came to me to make her a RECYCLING BIN! It was super easy, inexpensive, and…. of course it was a recycled and a recyclable costume all in one! What a great lesson for … Read more