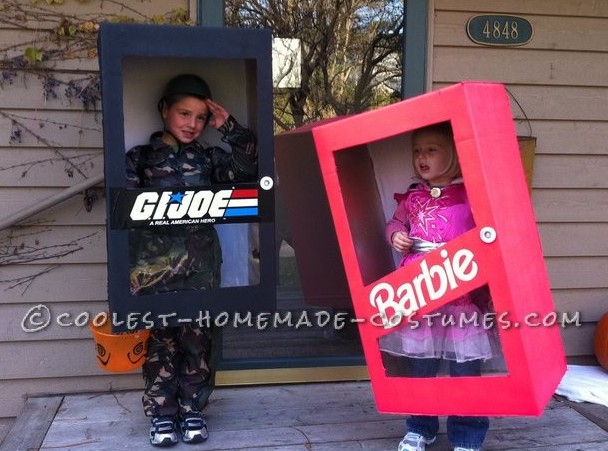 I am always looking for new and clever ideas for Halloween. I mean, anyone can buy a costume! But, I like the challenge making a costume brings, and the reactions from friends, families, and neighbors makes it all worth it. Now every Fall everyone starts asking, “What are the kids going to be this year?” … Read more 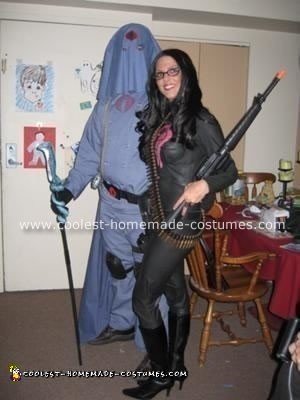 When my boyfriend and I arrived at the Halloween Party in these costumes, the crowd went NUTS with cheering and applause! There were probably 400-500 people at this party, and we might have known 50 of them. Total strangers swarmed us, followed us around and told us these were the best Halloween costumes they’d ever … Read more 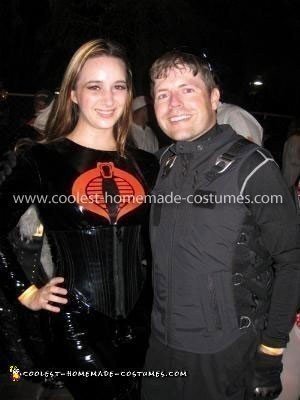 This is our Homemade G.I. Joe and Baroness Couple Costume. G.I. Joe’s costume was made using a long sleeve black shirt, an Oakley ski vest, black pants, Oakley combat boots and Oakley ski gloves. We made a print out of the G.I. Joe logo on glossy paper and taped it to his vest. Baroness’ costume … Read more 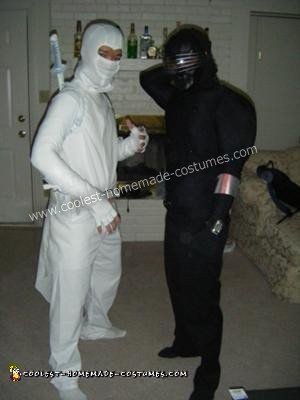 After watching GI Joe, my friend and I wanted to be the 2 ninjas in that movie so we made a Storm Shadow and Snake Eyes couple costume. Only the masks (of both characters) and weapons were purchased, everything else was homemade. The costumes were mostly made from fabric and felt paper. The sword was … Read more

I always try to out do myself every year for Halloween. Some years I’m more successful than others of course. I really try to think of a costume that you don’t see around or can’t buy. Anything based on 80’s cartoons (which I grew up on) gets me excited. Destro is such a costume, I … Read more