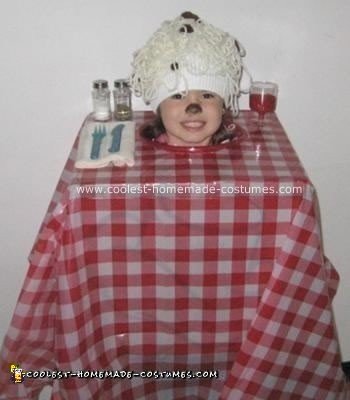 I took a box and cut head and arm holes in it to make this Homemade Spaghetti and Meatballs Costume. We covered it with a dollar-store, plastic tablecloth and cut a plastic plate to put around the neck (and glue on). Salt & Pepper shakers from dollar store also, filled with some salt & pepper, … Read more 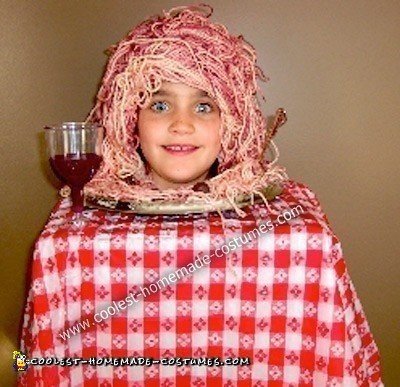 This Homemade Plate of Spaghetti Halloween Costume was a fun costume to put together and everyone was bent over laughing when she walked down the street. It also looked just as hilarious from the back as it did from the front as you could not see her head at all. Most items were purchased at … Read more 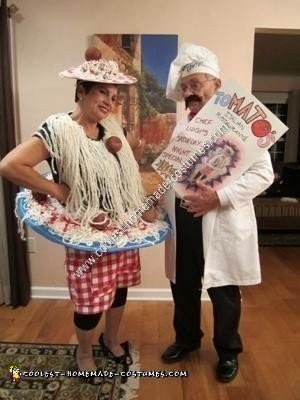 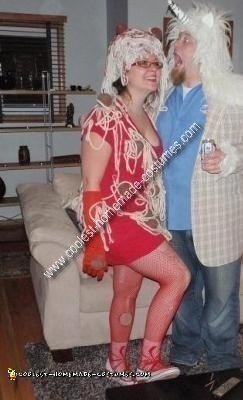 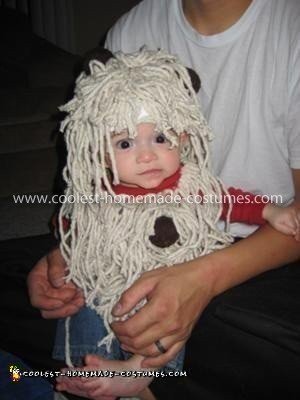 After cleaning one day and looking at my mop head, I had the idea to make my little man into a Homemade Spaghetti and Meatballs Baby Costume. He loved noodles and it just seemed like a fun idea to try! I bought 2 mop heads and cut and sewed them to a onesie. I also … Read more 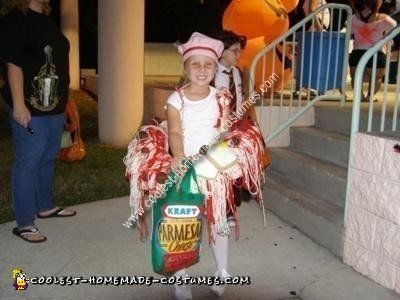 A nice heaping bowl of spaghetti and meatballs complete with bread and butter and a Parmesan cheese trick or treat bag. I started this Spaghetti and Meatballs Costume with a round black solid basket from the dollar store, using a roto zip I carefully cut out a circle from the bottom of the basket. I … Read more 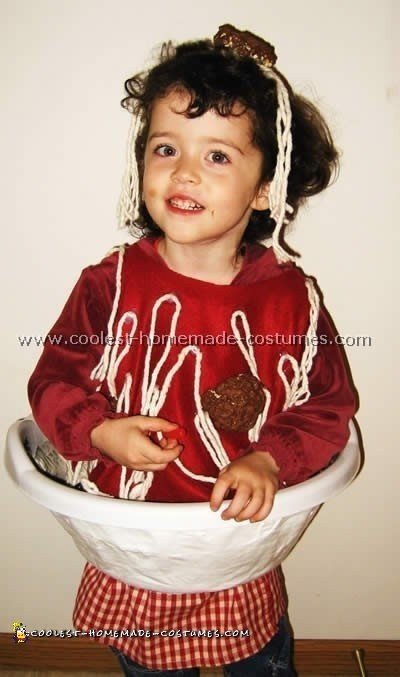 This homemade costume turned out adorable. We took a small laundry basket and cut it down so my daughter could walk. We then hot glued the top and bottom to shape it into a bowl. I then paper-mached the outside of the basket to cover the holes. Once it was dry I painted the bowl … Read more 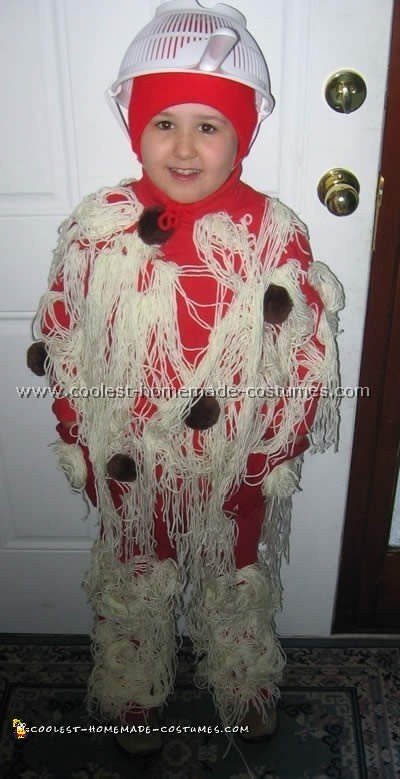 The idea for this homemade costume actually came from this website! My six year old daughter thought it would be a lot of fun to prance around as a mess of spaghetti. This costume sure had a lot of people smiling, laughing and asking how I did it! First I purchased about six skeins of … Read more 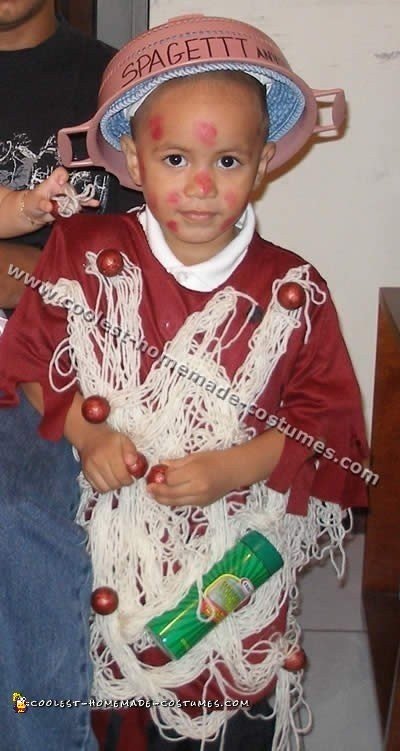 This homemade costume was fun, quick, inexpensive and easy to make. I went to the local art store and got ivory colored yarn which we used for the spaghetti and foam balls which we used for the meatballs. We then cut the yarn into 12″ pieces and glued them using a glue gun onto a … Read more

My 8 year old wanted a creative homemade costume for a party this year. We saw this in a magazine and wanted to try it out. The costume was so easy to make. I needed to buy the red sweats and that is the only reason the cost was as much. I had a small … Read more 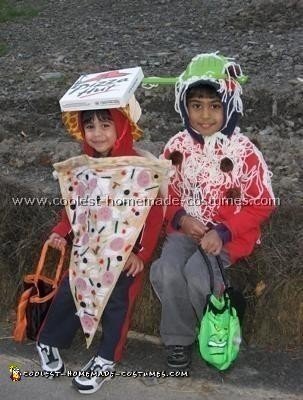 For the pasta gone wild costume I bought a colander at the Dollar store. I added Cream colored yarn and brown pom-poms (from Michaels). I used a red T-shirt and glued yarn and pom-poms to t-shirt and colander. For the pizza costume I glued two triangle shaped materials into a pizza slice shape. Rolled end … Read more 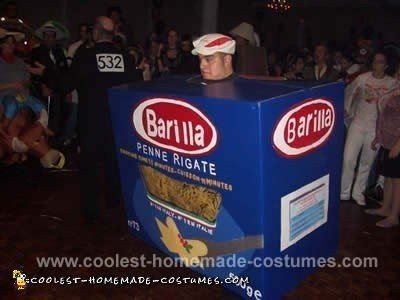 Well, this costume was a hard choice. Coming from an Italian background pasta is a big part of life so I decided to be a GIANT box of Barilla Pasta. It took me about a week to make and about $45.00 worth of paint to cover. I won the best costume at the Halloween Dance. … Read more