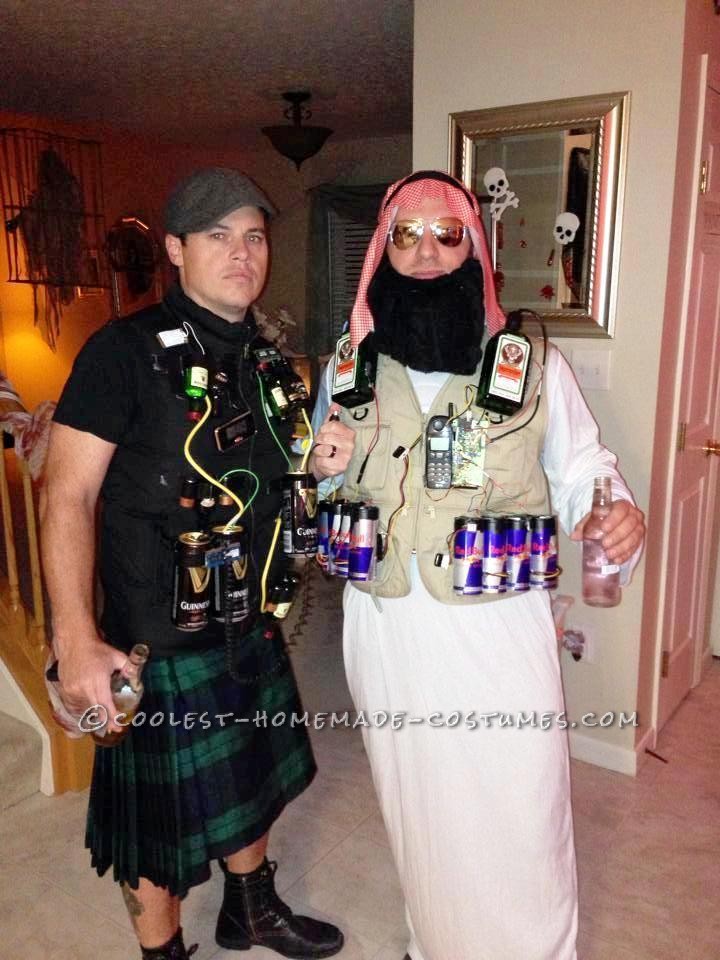 All this sexy Red Bull can costume took was a quick trip to Joann’s for some fabric. I spent the rest of the time at home cutting and sewing the different fabrics together! For the actual red bulls and yellow circle I just printed that out and cut and pasted using fabric glue. I also made … Read more 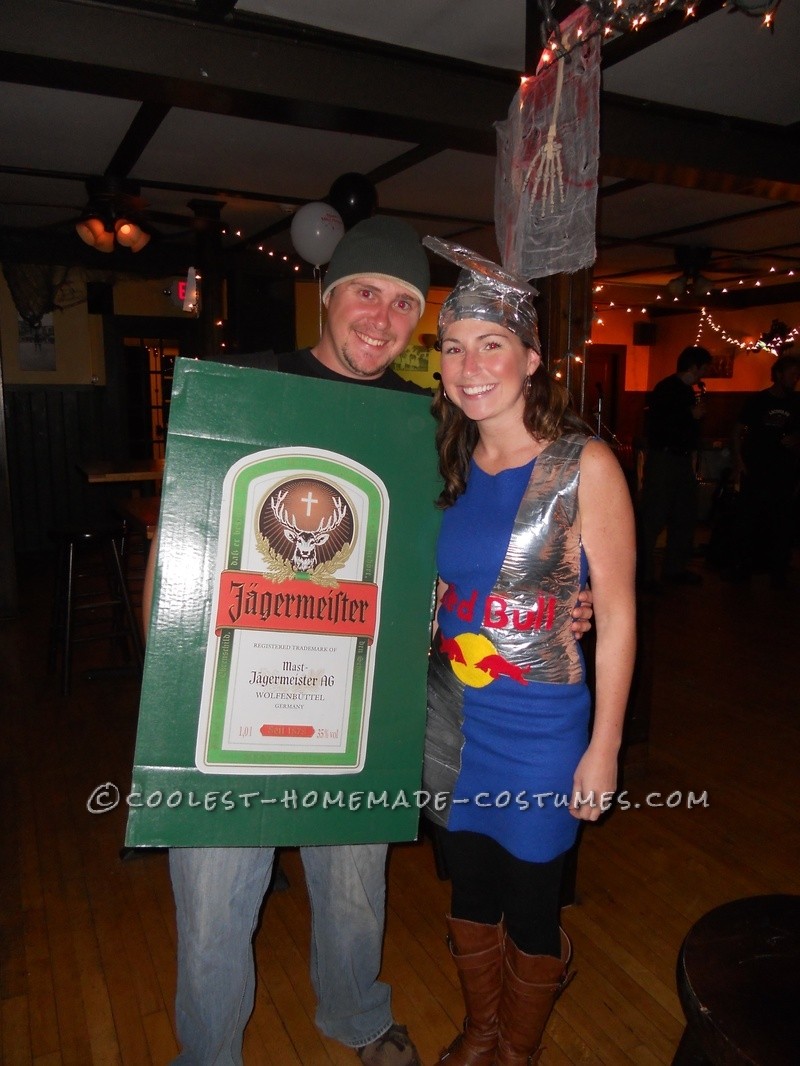 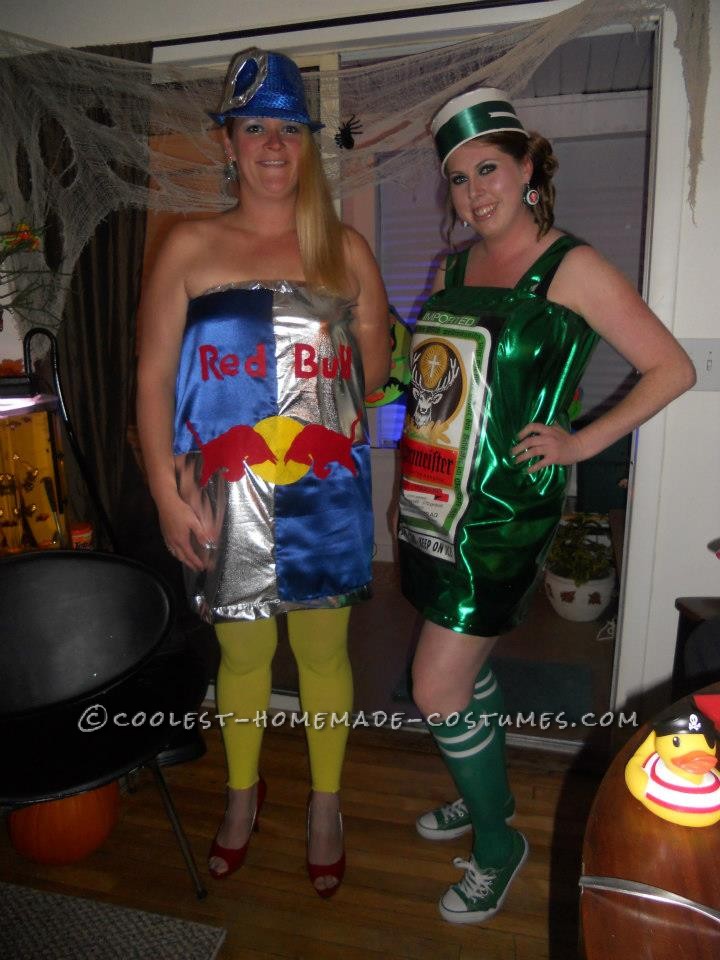 Halloween is a tradition with our group of friends, there is nothing like going out and being ridiculous with the people you enjoy the most. Every year we all get together, have a party then go out on the town. Last year a few of us went out as a theme and had an absolute … Read more 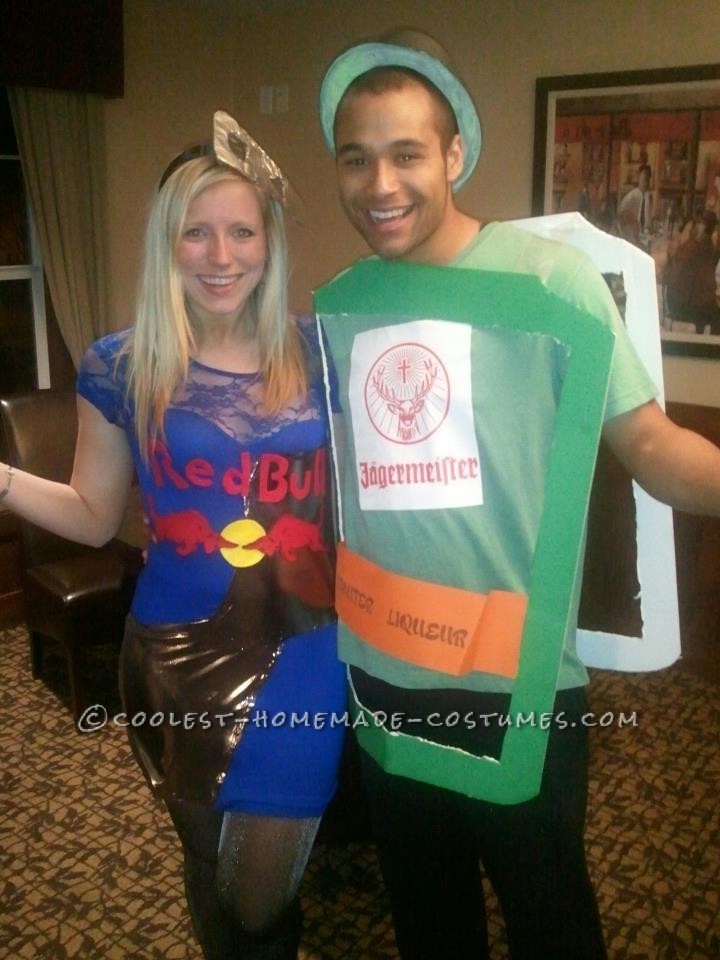 This was the best homemade Jager Bomb couple Halloween costume ever. I used a blue dress and hot glued silver fabric and the Red Bull letters, moon, and bulls out of felt. Pop tab hat with cardboard and tin foil that was hot glued on a headband. My boyfriend printed the Jagermeister logo on iron … Read more 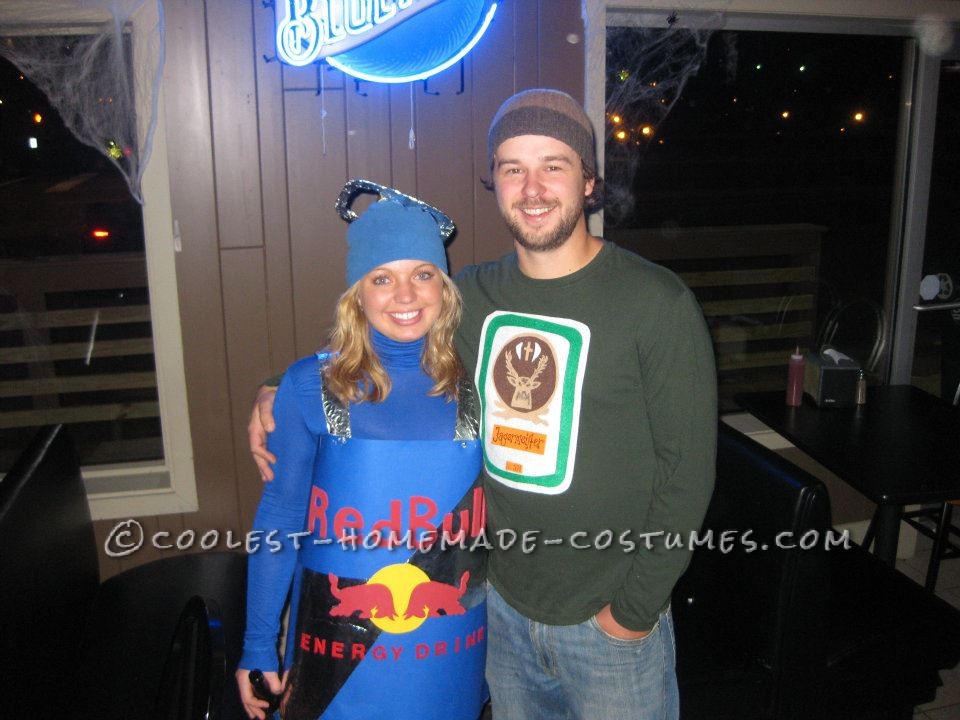 This cute and creative couple costume – A Jager Bomb was so fun to make! At the time I was a bartender and planned to enter into a costume contest so the Jager Bomb idea seemed like a great idea. To make the Redbull can I used a blue piece of poster board, covered select areas … Read more 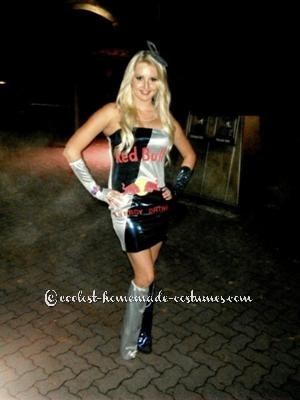 I bought the blue and silver material from a fabric store. Then I printed out pictures of a Redbull can to go by. I then measured how wide and long I needed the dress to be. I then cut the fabric at the angles I needed , after many tries I finally got it right. … Read more 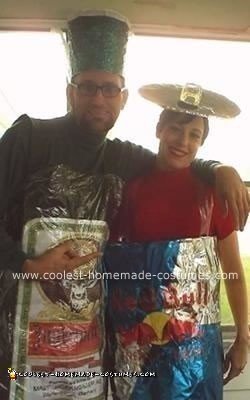 This is a Jaeger Bomb Homemade Couple Costume. The Red bull can was made from metallic wrapping paper hot glued to a pop up hamper with the bottom cut out. I blew up a picture of a Red Bull can and traced it on the wrapping paper. Then cut it and glued it on the … Read more