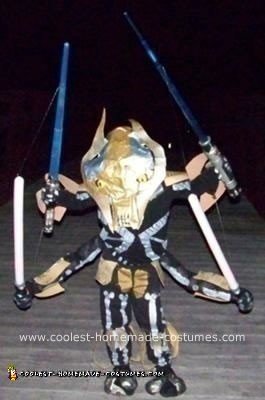 My grandson wanted a Homemade General Greivious Costume Star Wars for Halloween. I purchased a baseball cap, modge podge glue, foam sheets, paint, black top and pants, light sabers and gloves. I used newspaper squares and glued them to the baseball cap for the mask. After several layers, I added Styrofoam cups for the “ears” … Read more 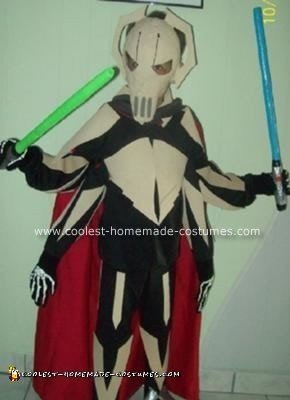 My son loves Star Wars. He thinks the coolest character is General Grievous. When Halloween rolled around, we tried to find a General Grievous costume for him, but all we saw were clones and Jedi. Nobody had an evil monster like this! I decided I had to make it myself. The mask and light sabers … Read more 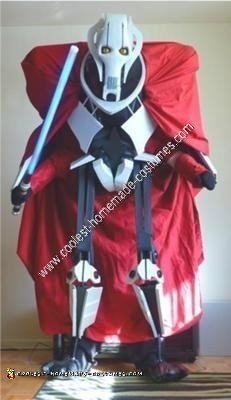 I decided to build General Grievous from Star Wars and this was my most challenging build ever! I got some pipes and parts and built the basic frame out of 1″ and 3″ ABS piping all bolted together with lag bolts. I built a custom 3″ ABS pipe hip axle that swivels in three spots … Read more