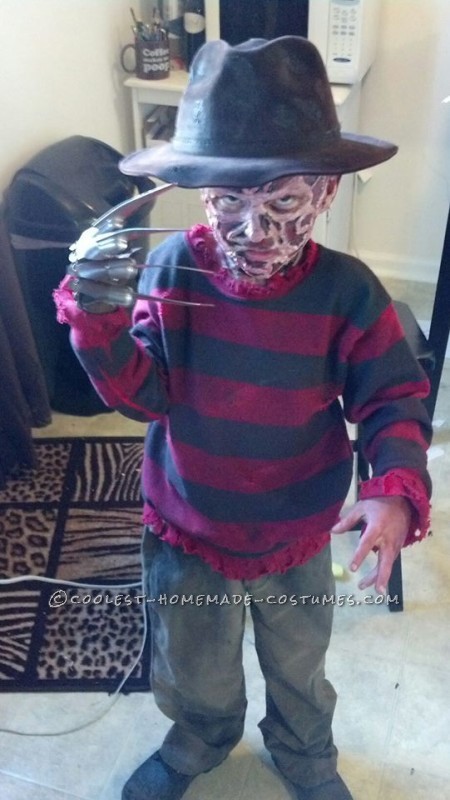 My 6 year old wanted a Freddy Krueger costume for Halloween, but all the costumes were either too big or too tacky, so I decided to make him one. The face was done with liquid latex. First a bald cap was applied. A thin layer of liquid latex was then dabbed on with a sponge … Read more 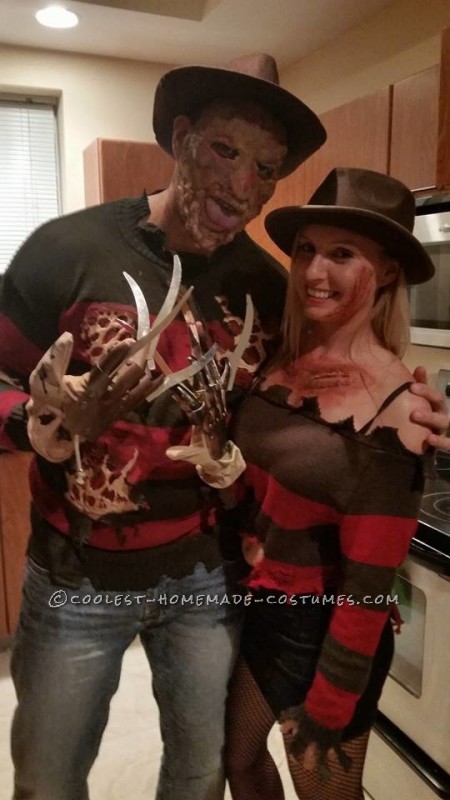 I normally do very sexy costumes, but this year I decided to try the scary look. My boyfriend and I decided to do Mr. and Mrs. Freddy Krueger. I loved it. I put a slash on my face using scar putty and then two other marks on my neck. My boyfriend did his very own … Read more 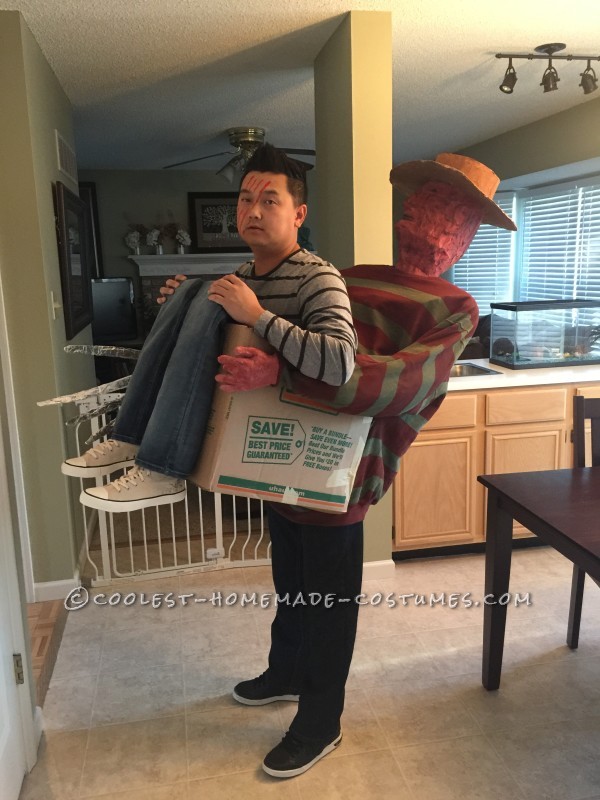 Hey everyone, I’m the creator of the costume and am wearing it as you all can see. I grew up watching “Nightmare On Elm Street” as well as the “Friday the 13th”, “Halloween”, and “Child’s Play” movies, but Freddy Krueger stood out as the most gruesome of them all. The deception/illusion is credited towards those … Read more 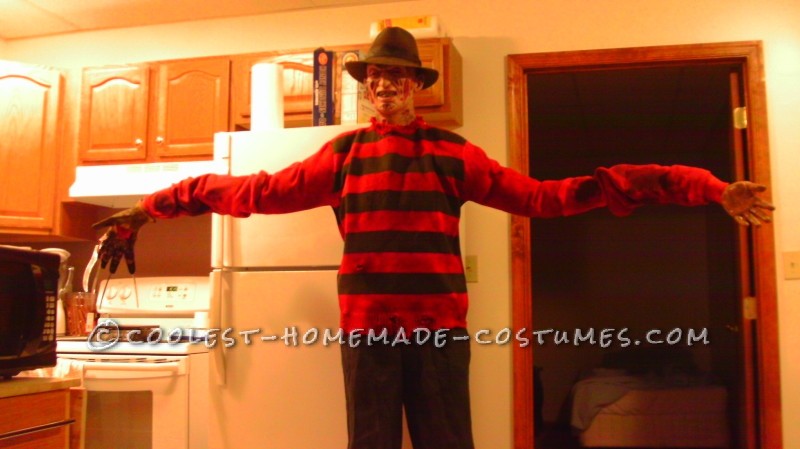 Another costume I did this year was Freddy Krueger from A Nightmare on Elm Street part one. To start I got a brown Indiana Jones fedora, then I weathered it up using a knife, sandpaper, and acrylic paints to make look more like the movie one. I then got a  sweater and also weathered it … Read more 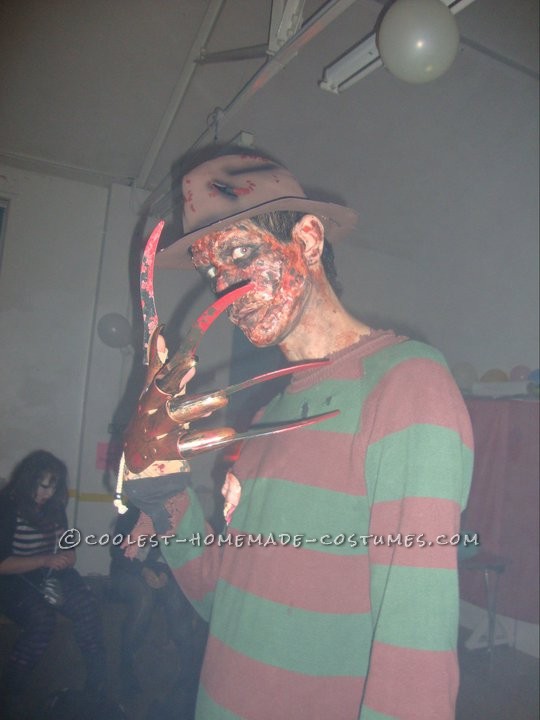 I made this creepy homemade Freddy Krueger  costume for Halloween. I found my jumper in a charity shop and sliced the neck and the sleeves. I also found a child’s mask and sew’d it inside the jumper so I had a face poking through to resemble the children on his skin. I bought a cheap Freddy Glove online and replaced … Read more 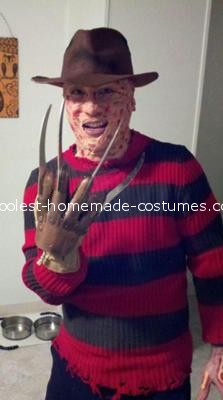 I’ve always wanted to be Freddy for Halloween, but I never wanted to wear a mask. This year I took on the challenge of creating a Freddy Kruger from scratch! I did the makeup by first using liquid latex to draw and form many different shapes out onto plastic sheets, and let them dry. Once … Read more 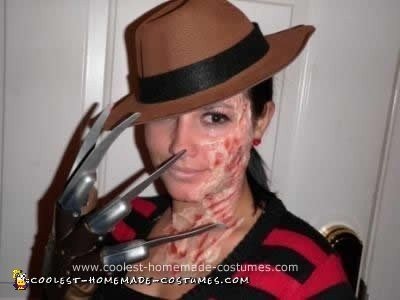 This is a Homemade Freddy DIY Halloween Costume, make up and all. The burn face is actually gelatin! It took some time but turned out great! 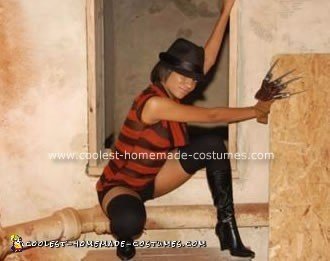 This Freddy Krueger Costume is very simple to do. First, find a striped Krueger look-a-like shirt “red and black, orange and brown, orange and black, or red and brown” any of the following combo will do. Next the Krueger hat. I used a hat I would typical use on a night out, however most hats … Read more