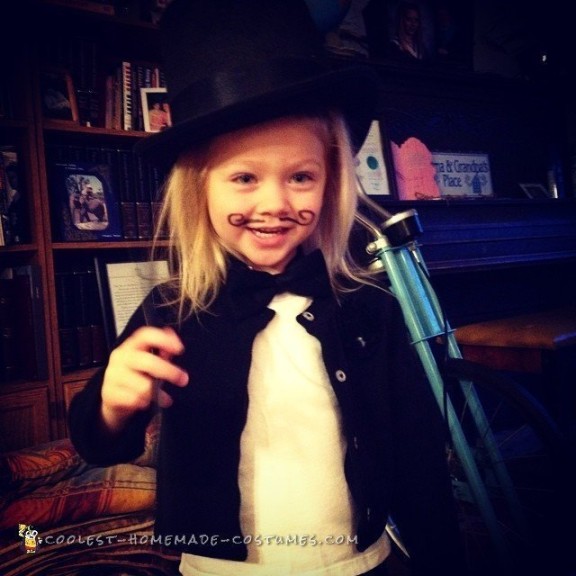 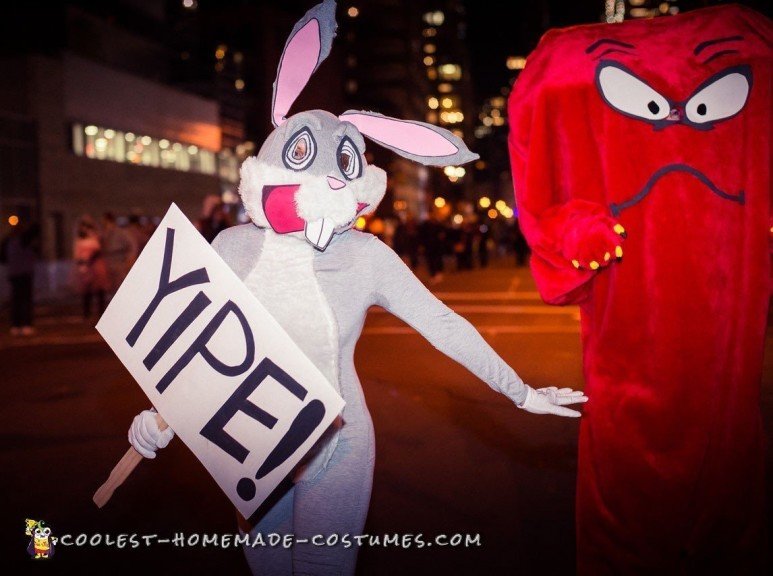 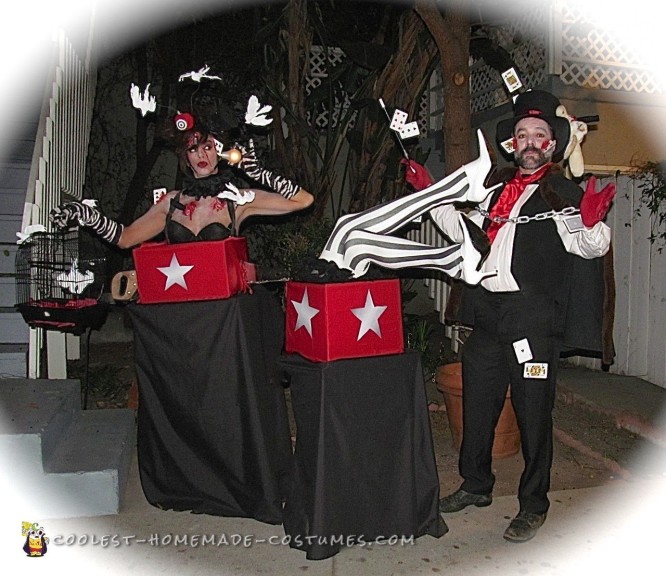 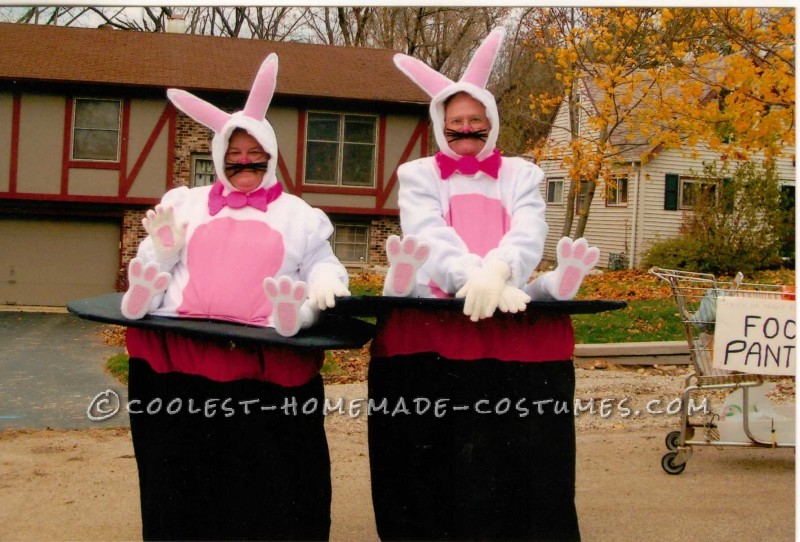 These Bunny in Magician Hat costumes were completely handmade. The bunny outfits were made from white fleece and only 1/2 to waist where the hat rim was. We glued cardboard to the fleece to make it flat for the bottom of the bunny feet. We then glued pink felt cut in shape of paw bottoms, … Read more 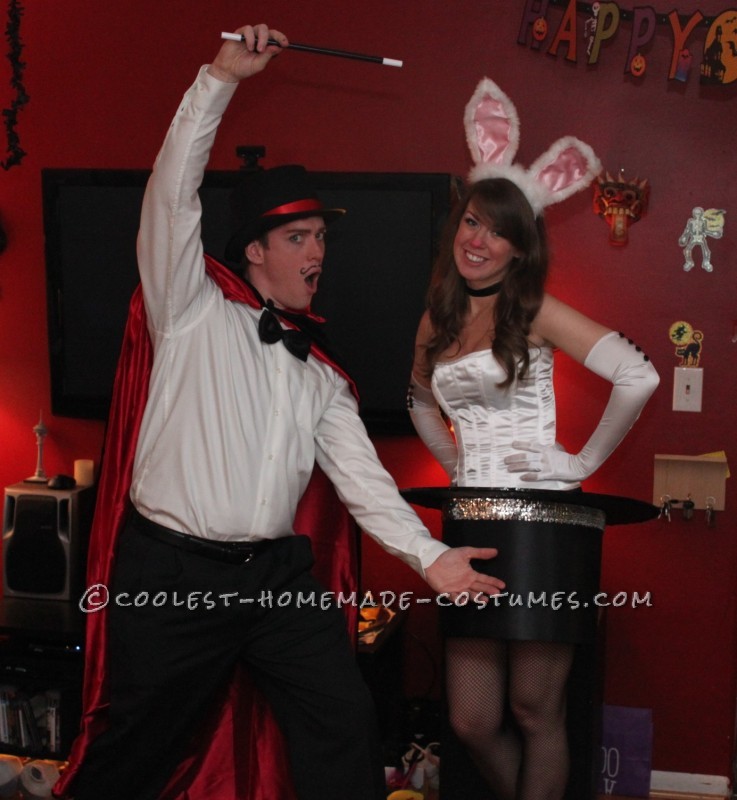 My boyfriend and I decided to be a magician and a rabbit in a top hat this year! We thought it was a unique and cute couple costume, and we wanted it to be something that wasn’t too difficult to create. For the top hat, I just purchased several sheets of poster board, and glued … Read more 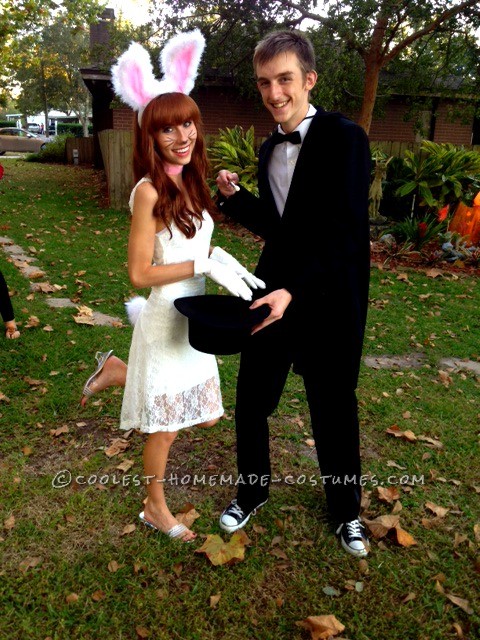 My brother and I always try and go as something together, to all the Halloween parties. This year we wanted to think completely outside of your traditional “couple” costumes, like the Prince/Princess, Mickey and Minnie Mouse, or the Superheroes. After days of trying to come up with something, we finally thought of being The Magician … Read more

Bring the magic to your Halloween party as a rabbit in a hat!! Dress like a bunny from the hips up and make a top hat as a skirt – abracadabra! You’re a star! Making the Top Hat frame.  The frame was pretty easy – made from very thin PVC pipe from Home Depot using … Read more 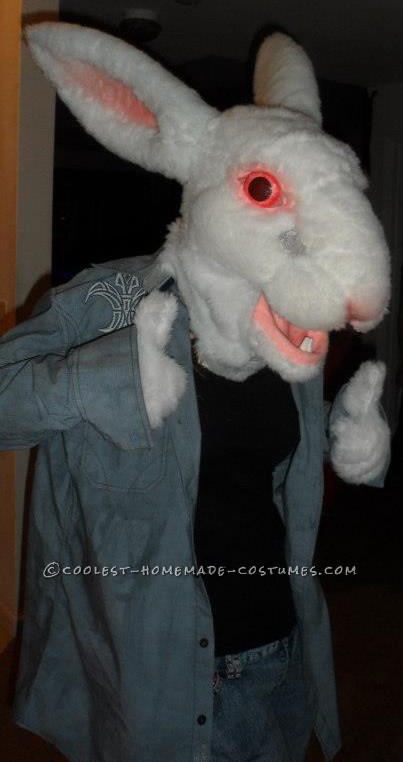 This here is Leon, the albino rabbit. Tons of work went into this costume, and I overcame many difficulties with my first full head-covering mask. Making the jaw move as I talk was tricky, but the mouth moves well. Even with all the hardships, I love this costume even still. It’s just so fun to … Read more 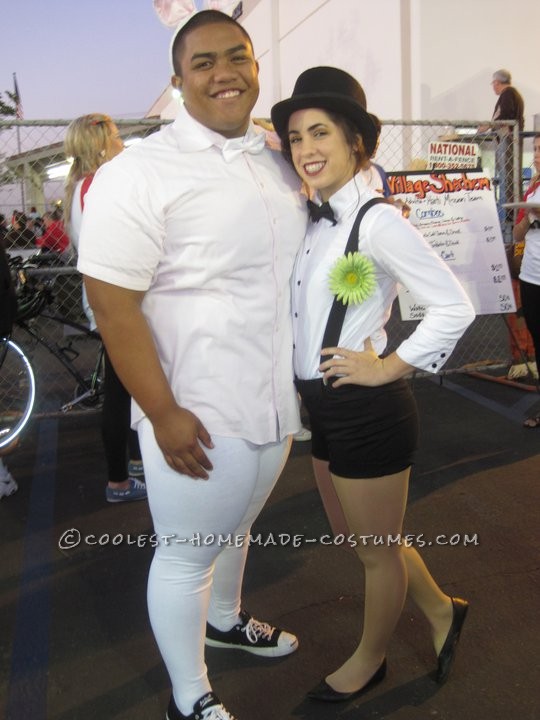 This was the easiest costume ever! The magician: Black shorts, white button up, suspenders, and the magician hat! Most of these things are aready things in the closet! The bunny: all white, and bunny ears. Well-ah. My boyfriend (the bunny) is Samoan, so he’s pretty large. A large man in bunny ears and tights is … Read more

Magic Rabbit in a Hat Costume– a great costume for a last minute theme  or Halloween party! What you will need: Black skirt White top Bunny ears What you will make: Magic hat rim: cardboard, black fabric, string or yarn cut a u-shaped rim (in relation to your waist size) then staple two strings of yarn … Read more 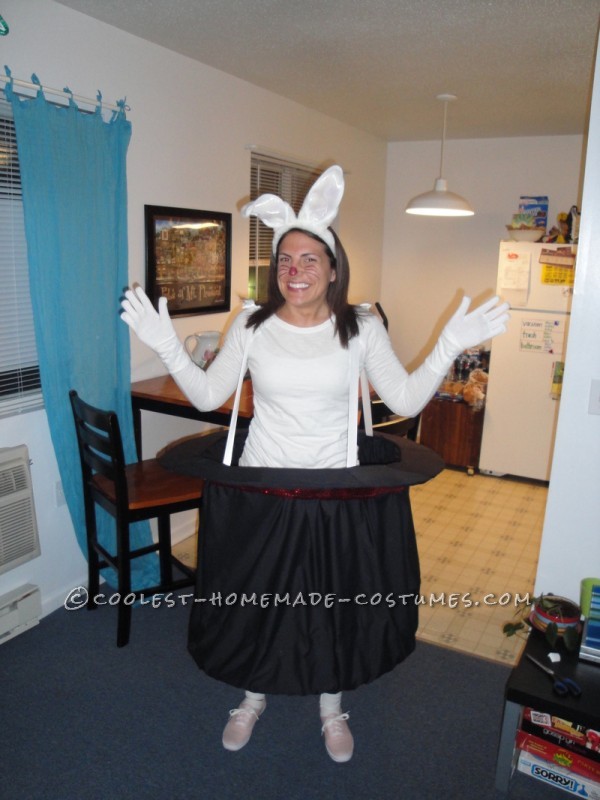 A couple years ago I really wanted to be a Rabbit in a Magic Hat. I already had the rabbit ears and tail. I used lipstick and eye pencil to draw the nose and whiskers on my face. The hat was the tricky part. I don’t sew at all, so first I went to the store to … Read more 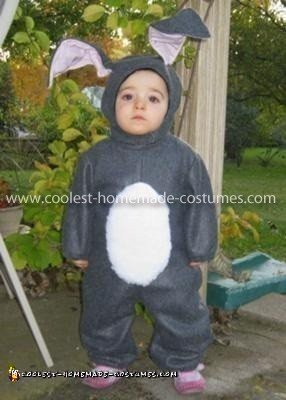 I designed this home made bunny costume from a sketch and my mother sewed it for my 10 month old daughter. We drew up and cut out a basic jumpsuit shaped toddler outfit on paper and then cut it out and sewed it together using gray fleece. We cut out a large circle of white … Read more