I made this costume for my son, Isaac he is 9 years old and loves all of the comic book super heros, This year he wanted wolverine, I made him a Batman last year that was pretty great so I had to up the ante this year on this wolverine costume.

I wanted the claws to be able to extend and retract so that was a brain teaser, definetly the most intricate design of all. I did a lot of research on how that would work and finally designed my own method using rubberbands and rods,  plastic, silver duck tape, foam sheets, latex and spray paint.

Then I had to make the mask, which I also made with foam sheets, foam latex and spray paint.

I researched the internet for different pictures of this character and combined them to create my own unique design. I have created a muscle suit that is like no other that Ive seen, it moves with your body and is breathable and flexible. I found material that would also allow the same flexiblity.

Then I had to find boots that looked rugged and be able to build on to them to a make them higher  that was also a challange finding boots that look like that, that would fit a kid,  I fianally found some at  Big 5 on sale for $25 with a coupon. I love coupons!

I also made a utility belt that has a light that can switch on and off with the X symbol. My wife is a Make -up Artist so I had her paint around his eyes black and buy him some white FX contacts to make a greater impact. I worked on this costume day and night making sure I would be finished in time for a costume contest held every year at the Fire Station.

Creating this costume was like working a full time job!  I finally came to the part where I put everything  together and made the final touches. This costume is definetly a step up from he Batman that I made last year. One day soon I hope to be making costumes for a living maybe for MARVEL?

Well here it is Isaac as The Wolverine X-Force. I hope everyone enjoys  it! Thanks for checking it out! 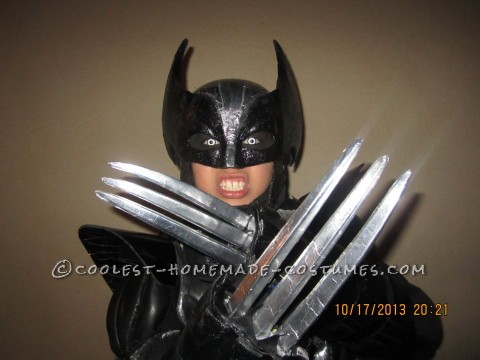 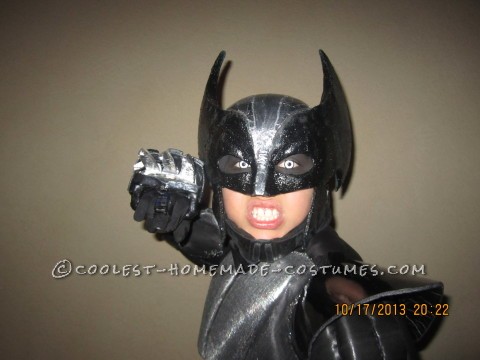 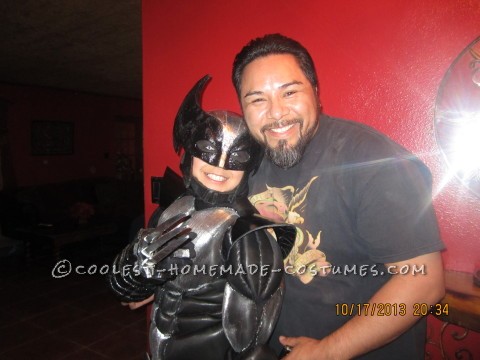