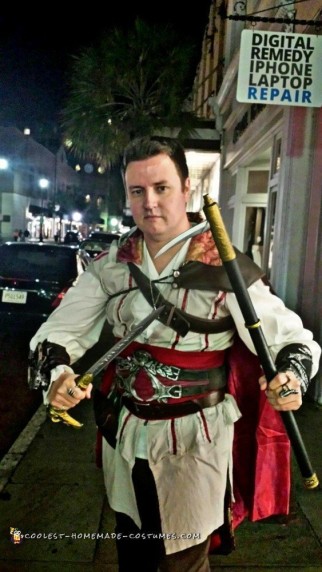 This Ezio Auditore costume was inspired by an Assasin from the mid 1400’s (during the Renaissance) who is featured in the video game Assassin’s Creed 2.

I had to shop for boots separately which was ironically the hardest part, finding a comfortable size and the right shade of brown.

I got a small pouch to carry small items and a brown frog to hold an ornate dagger. The pouch and dagger holder are looped through a belt and worn lower on the waist.

The most fun parts are the hidden arm weapons. The left arm has a hidden blade strapped to the inner wrist. It gets a big reaction from onlookers as it makes a very real noise when it pops out. The right arm has a crossbow on the outer wrist which actually fires and also has its own smaller blade. It’s definitely the coolest looking part of the outfit.

The walking cane separates into a synthetic and dagger combo but it’s very lightweight.

Finally, I have a necklace with the creed symbol around my neck and some very cool rings on several fingers.

When you have the hood up, the outfit looks very noble, but with the hood pulled over your head and the weapons drawn it looks dangerous.

I wore this outfit to Medieval Times in Myrtle Beach and got asked by employees and other customers to take pictures. It was so much fun. Downtown Charleston during Halloween, people kept recognizing me with shouts of “Ezio!” or “Assassin’s Creed!”

Some of the pictures are from our recent trip to the Renaissance fair. 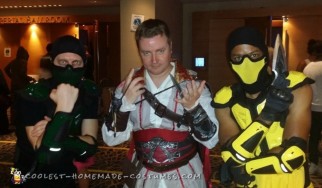 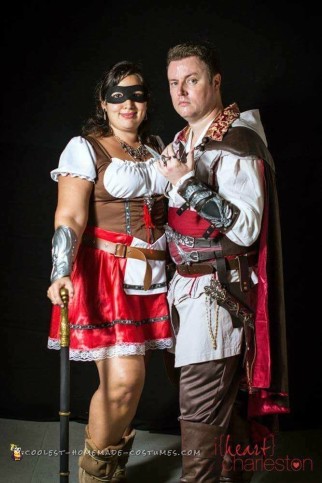 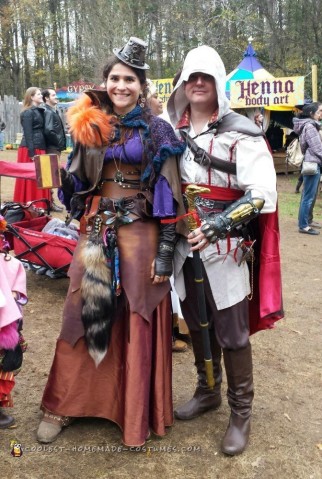 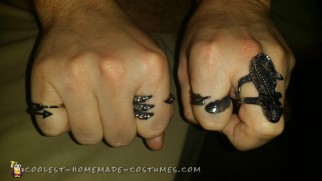 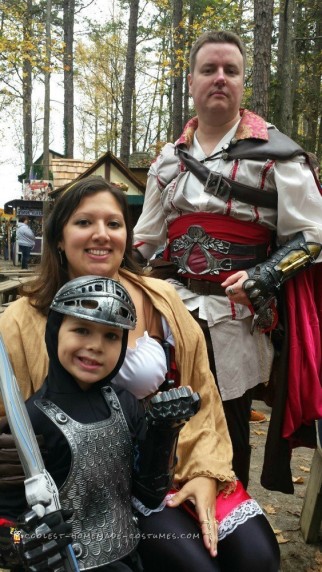 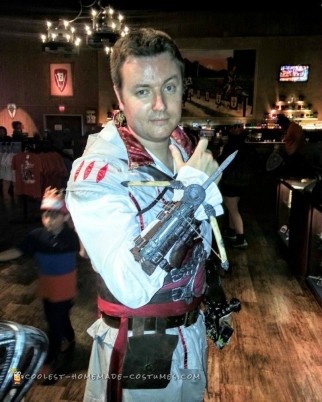 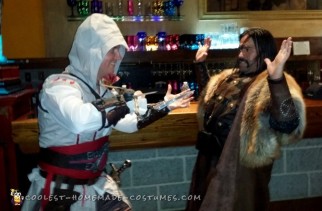 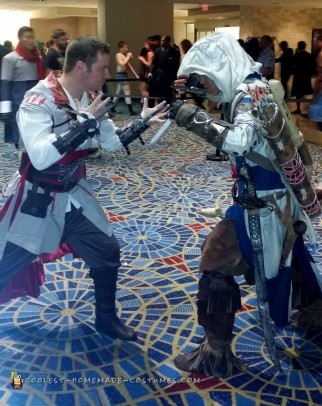 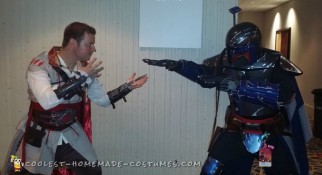