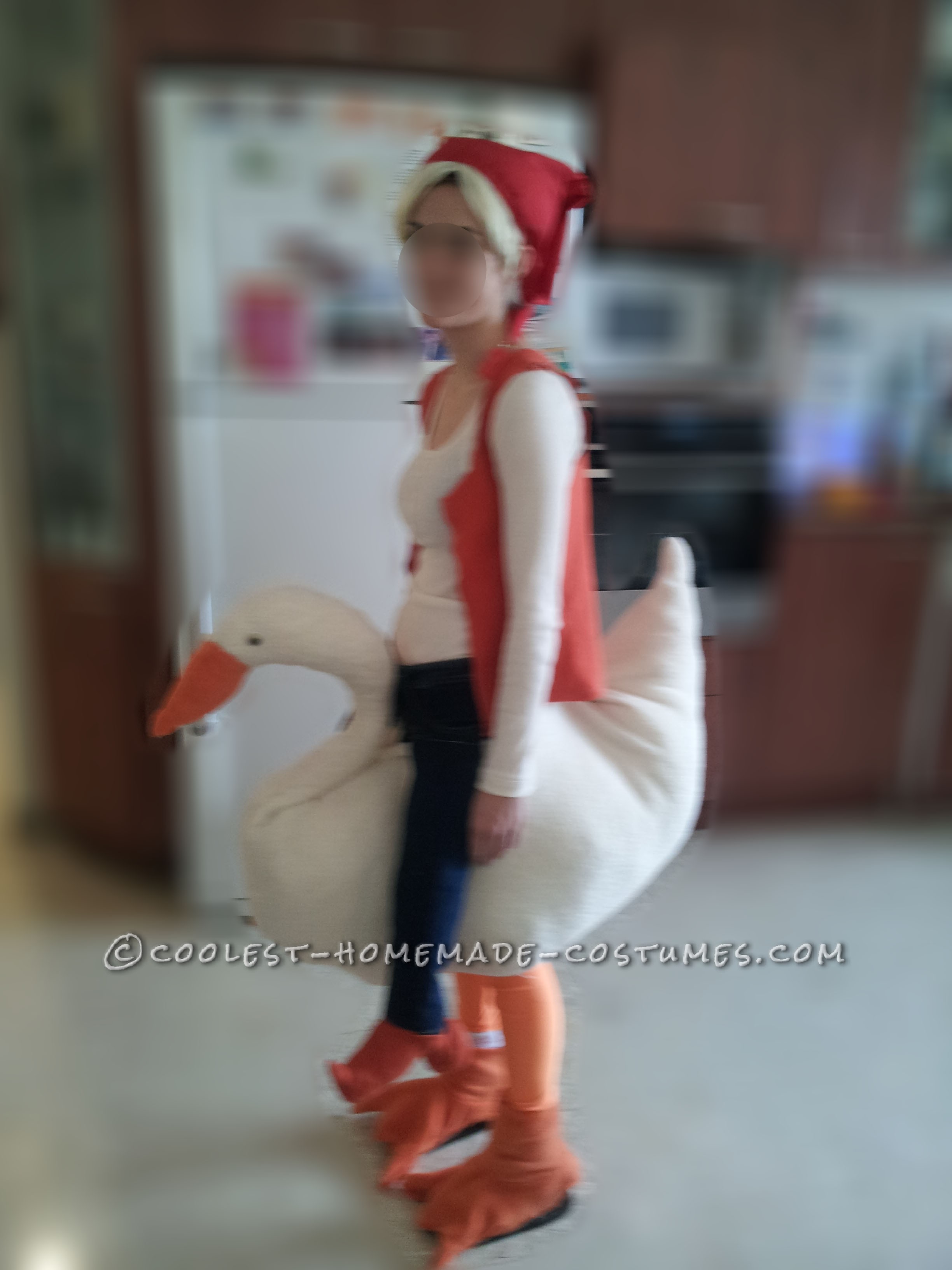 To those who aren’t familiar with this show, it is a Japanese anime adaptation of a Swedish book. In a brief, the book is about a boy, Nils, who used to torture animals on his family farm and as a punishment he becomes smaller then those animals so they can hurt him back. He then runs away on the back of one of those farm animals – Morten (in Hebrew Molly) the domestic goose, and they both join the migration of the wild geese. The show was a big thing in Israel since at those times the TV had only one channel (the laying of the cables began in 1989 and it covered only specific parts in Israel) so any Israeli, especially those who are now 24-30 years old, know this show.

So I thought about this costume when I saw people dress up as Nils for Purim (kind of like the Jewish Halloween) and also the costume of the man riding an ostrich and I said to myself “hey why not both?”

The costume was a big hit and I got so many attention as random people started asking me to take photos with them (a celeb for a day right?)

It seems very difficult but actually it is simpler than it looks. I don’t have photos of the steps but I will do my best to explain how it was done.

I’ll start with the supplies:

[1]. Mark the place on the bottom of the goose where your legs need to get out, cut it and sew the legs of the jeans to it.

[2]. Then cut the leftovers of the jeans (the yellow parts)– we’ll use them as Nils legs. Fill them with your filing and sew them to the sides of the top of the jeans.

To create the feet of the goose, take the orange fabric, fold it four times, lay your shoe on it (the striped figure) and draw the feet around it. Then pin each pair along the drawing, cut it and sew it together. Use the same technique to create Nils feet, the beak and the hat

Fill in the body of the goose and try to make it look as real as possible – I sewed the tail to the body, and used transparent fishing wire to make the head stand. 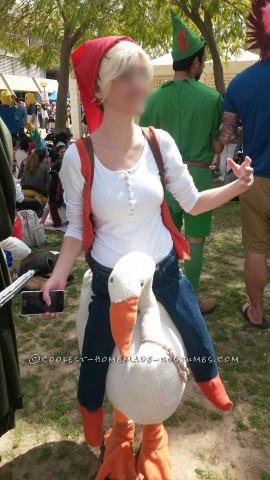 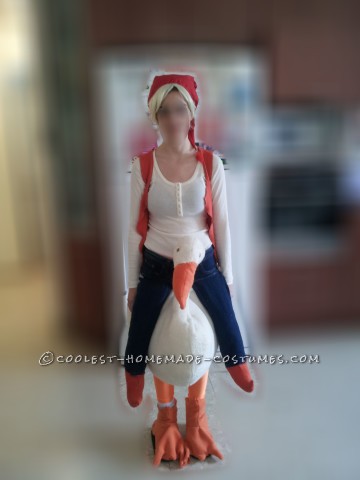 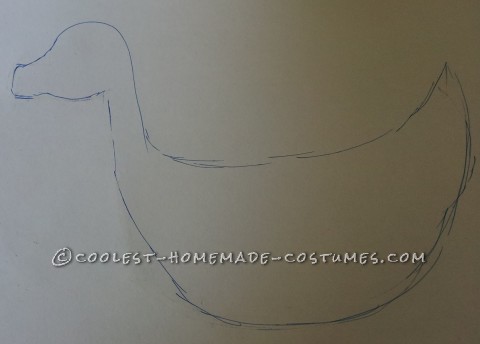 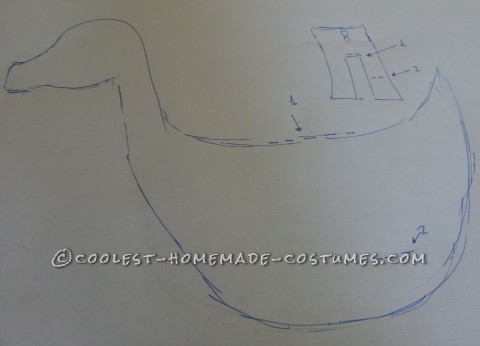 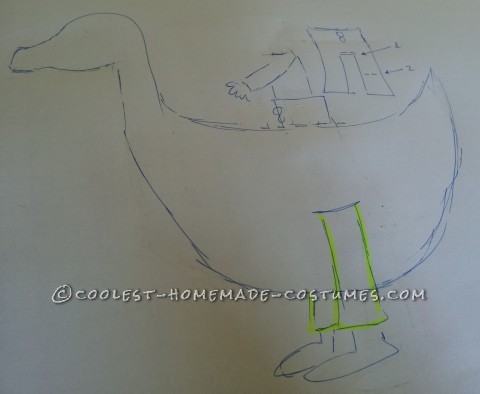 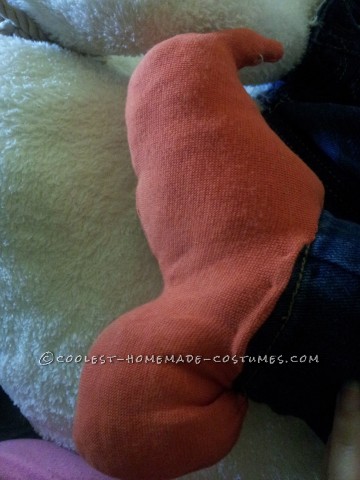 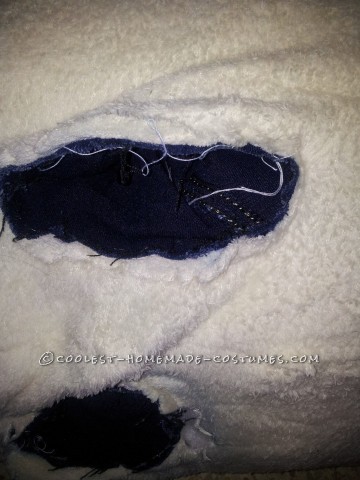 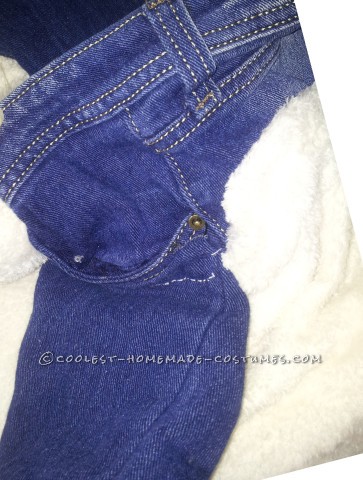