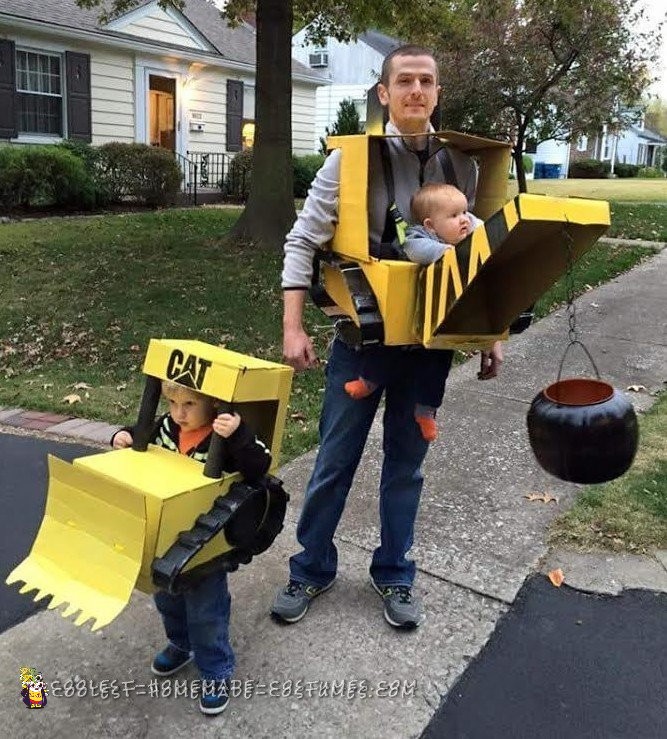 The 2 year old wants to be a mighty machine, so what do you do mom? Obviously you make it happen mom! I would have hated to disappoint the two year old on my favorite holiday.

Box costumes it is for the first timer. About six boxes later and about 100 paper cuts and lots of frustration at dad later we have basic box costumes. Then there is the multiple cans of spray paint in light coats to not overwhelm the cardboard nobody wants a saggy costume. Then there is the decal drawing from the mom who is no artist, and attaching all the minor details, zip tying on treads and the ball (pumpkin bucket) to collect the candy, mom needs lots of candy as a reward for this one!

Finish awesome costumes show 2 year old and its instant love and lots of dozing around the house and big smiles, too bad Halloween is still 10 days away. Then the day comes and I must bribe the 2 year old with pre trick or treating candy to wear the costume he requested since now he just wants to be captain America of course! Once on he became obsessed with dozing into the wrecking ball who found that to be pretty awesome entertainment, but she was obsessed with snacking the entire time while hanging out on dad who was incredibly uncomfortable in the costume.

We received many compliments after literally bumping into everyone. There was some demolition in our path for candy! I consider this a mom win! So then we have a few more Halloween events and of course it rains and he gets to be captain America and I believe he considers this to be a two year old win! It’s time to move on and start working on next years requests while binging on this years candy!