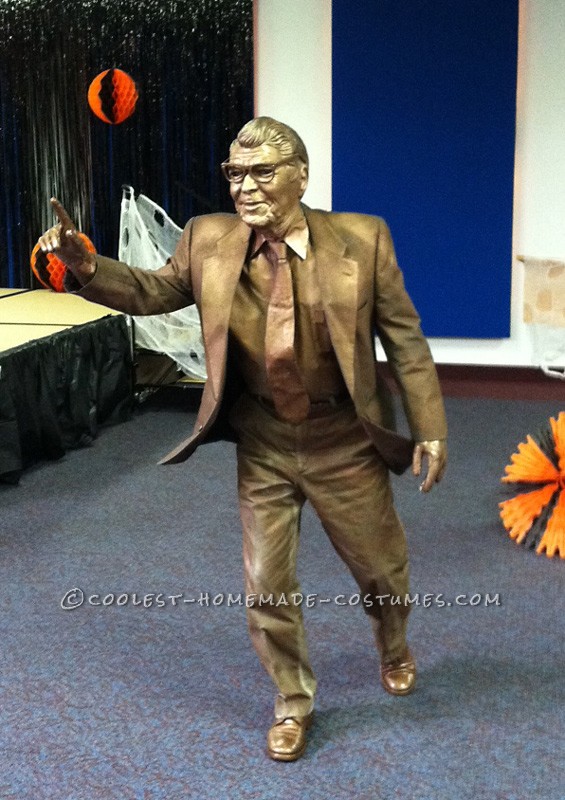 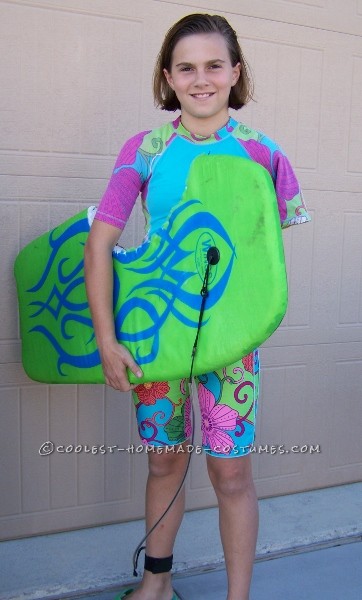 We love Bethany Hamilton. She is a positive role model and a true inspiration. My daughter decided to honor her by wearing an original homemade Bethany Hamilton Soul Surfer Teen costume for Halloween. It was a tribute really. Everyone knew who she was even if they couldn’t call her by name. It was fun to watch … Read more 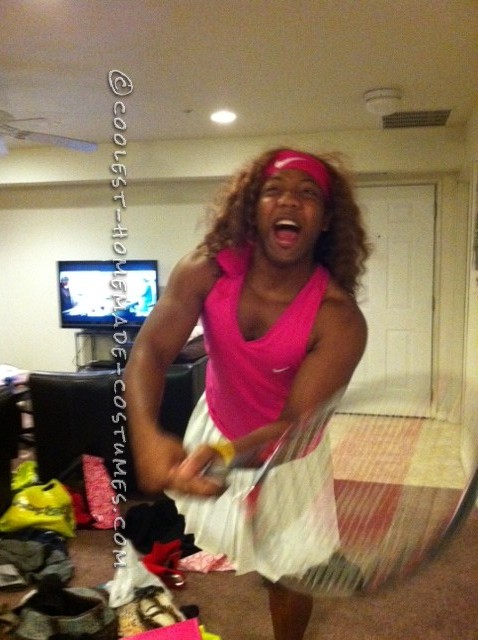 I’d been thinking about doing this shocking Serena Williams costume for a man for a couple years and finally decided break it out in 2011. It was a 4 part construction: 1. I had my mom sew a tennis skirt. 2. I bought a cheap pink sports tank top and pink strip of fabric to … Read more 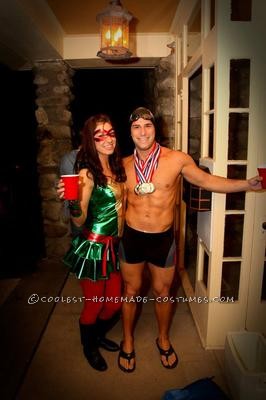 I bought 8 fake gold medals at a party store near me to complete my Michael Phelps Costume. I got my Speedo “Mankini” at a sporting goods store in a nearby mall. Goggles and swim cap online on eBay. 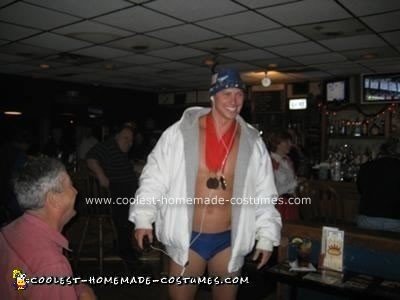 My Homemade Michael Phelps Costume is done with a swim cap with the flag on it. Earphones and medals which I bought at the trophy shop. They were miss prints so they gave them to me, and of course a Speedo. 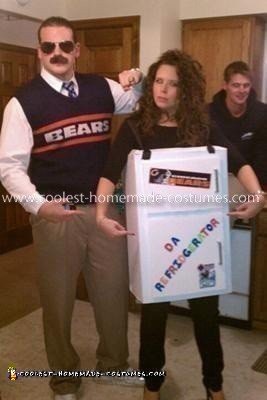 As you can probably assume, my husband came up with this Homemade Ditka & Refrigerator Perry Couples Costume idea. As a true football fanatic he had always wanted to dress up as Mike Ditka, however we couldn’t figure out the perfect couple pairing. Then one night after a few drinks he and his friends came … Read more 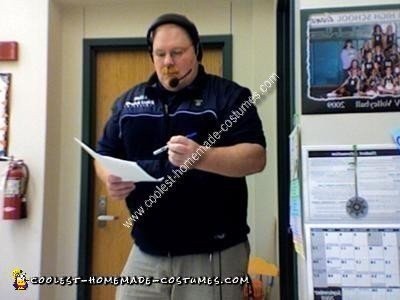 I had an old pair of gold glasses. I made the make-shift coach’s headset from two old Walkman headphones. The Seahawk vest was in my closet and the mustache was trimmed to look like his. Holding the paper to cover my mouth when I spoke was a clincher, as Holmgren did that every game. And … Read more 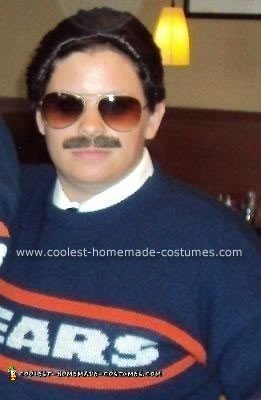 This homemade coach Mike Ditka Halloween costume is extremely easy to make and fun to pull off once you get the materials. All that is needed for this awesome superfan replica of “Da Coach” is a mustache (I got mine at a local costume store for $8, but any mustache will do), spirit gum to … Read more