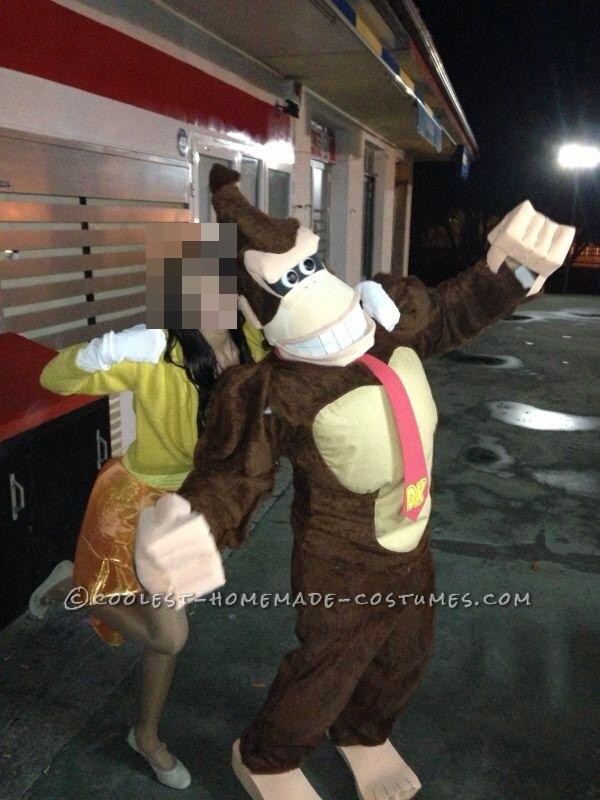 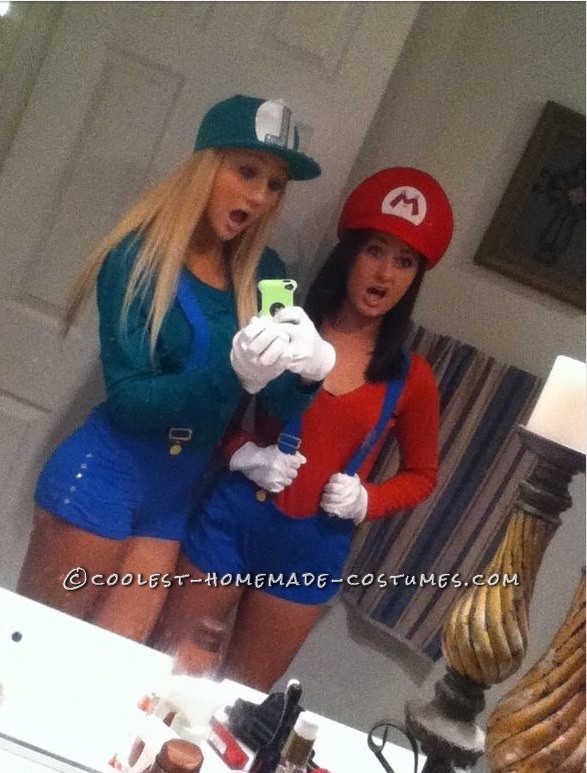 Mario was really easy. To find stuff for the plain red was an easy color to get hold of . The Luigi green .. well that’s another story. I went to soooooo many different stores looking for a green shirt couldn’t find one that was plain anywhere, I mean anywhere! Finally I found one at … Read more 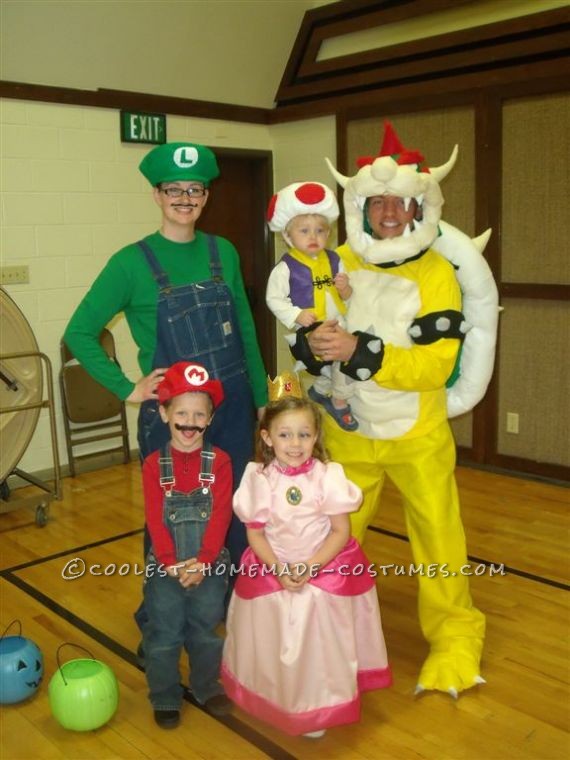 Every Halloween since we’ve been married, my husband and I have dressed up together. From things as simple as white T-shirts that said “Sick” and “Tired” before we had kids, to Mary Poppins, Bert and the dancing penguins.  This year’s “Super Mario extraordinaire” involved both of us and our 3 children (4 yr old boy/girl … Read more 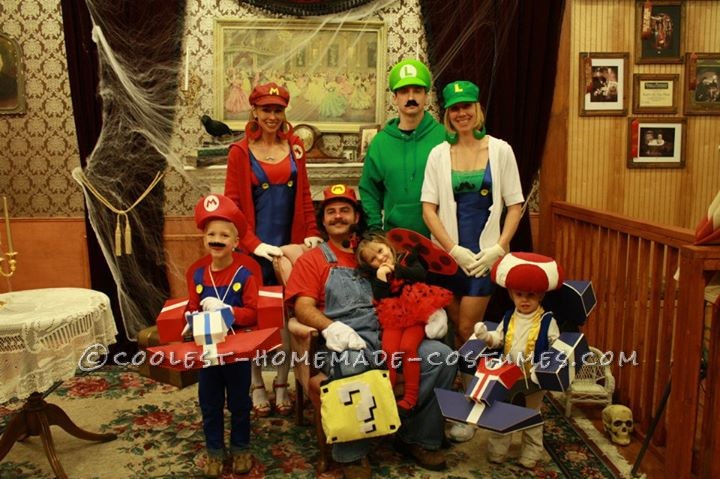 My family loves Halloween and our ultimate goal is to be the standout family. This year we decided to be the Mario Kart family and have carts for the two boys.  For the women’s outfits I sewed jumpsuits that were out of blue material and sewed on 2 yellow buttons made out of felt and … Read more 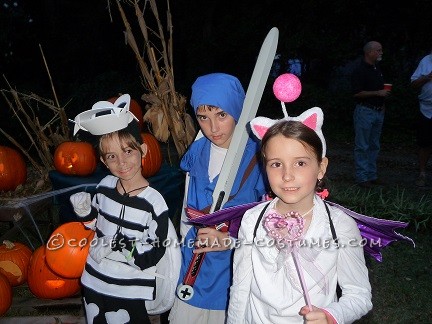 This costume was inspired by the moogle from the final fantasy xiii video game.  My daughter loved saying “kupo” just like the character.  So when she asked to be a moogle, I started searching the internet.  I found plenty of moogles that were infants wearing one piece suits, but she wanted to wear a dress … Read more 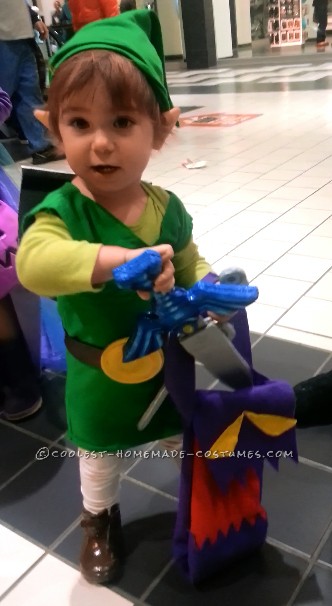 First I made the props. Which was very difficult to make for a 1 year old. Most of the prop s i make are toddler unfriendly. So I made the shield out of EVA foam, same with the base of the sword. The blade and conductor wand was made from foam board. I made sure … Read more 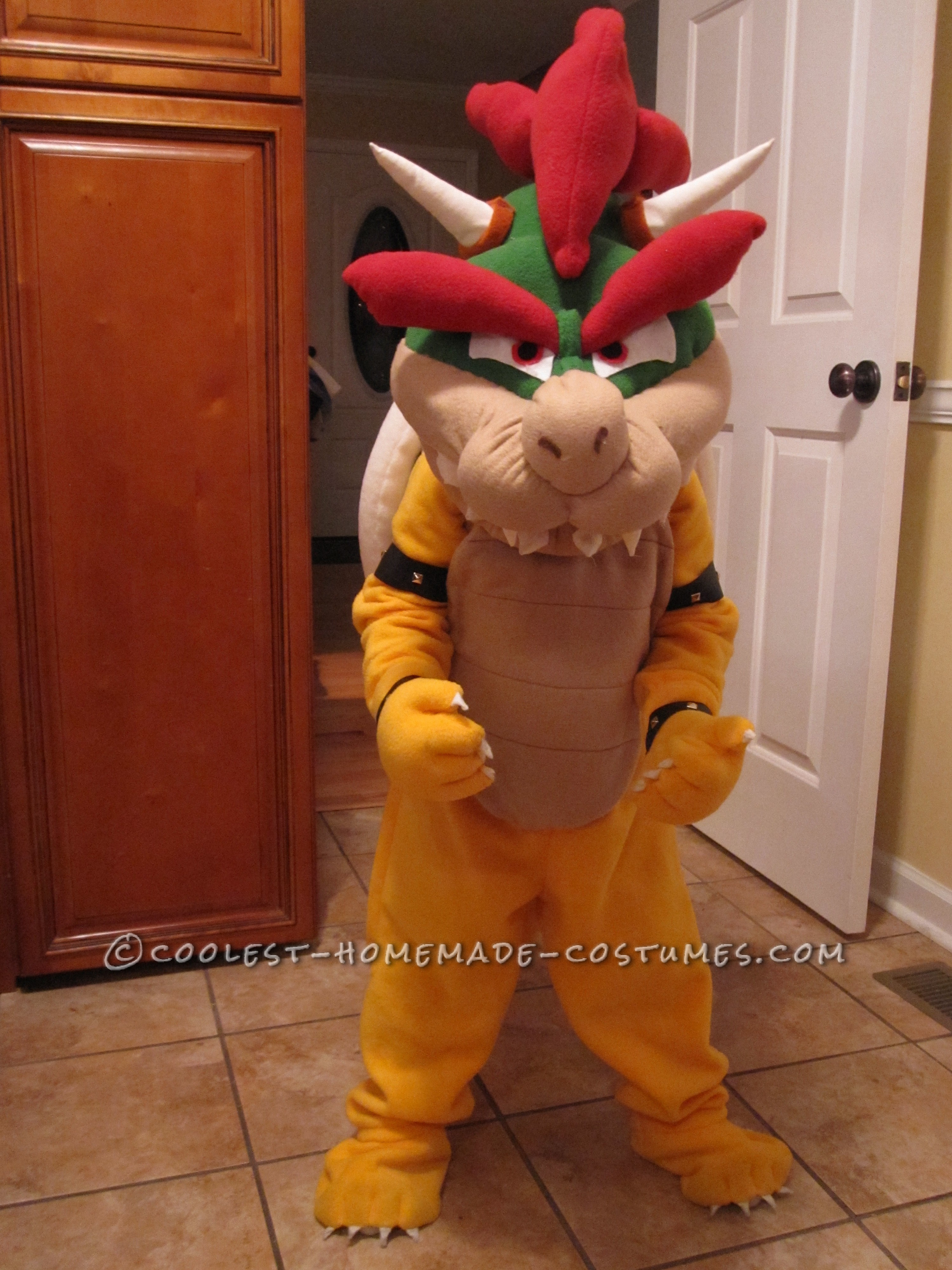 The adventure of Bowser, oh what an adventure! The journey of making the costume started when Jordan (Grandson) so desperately wanted to be his favorite character from Mario, only to find out they do not sell Bowser anywhere. What a disappointment, huh? Absolutely not, my sweet Jordan would not be disappointed and his wish was … Read more 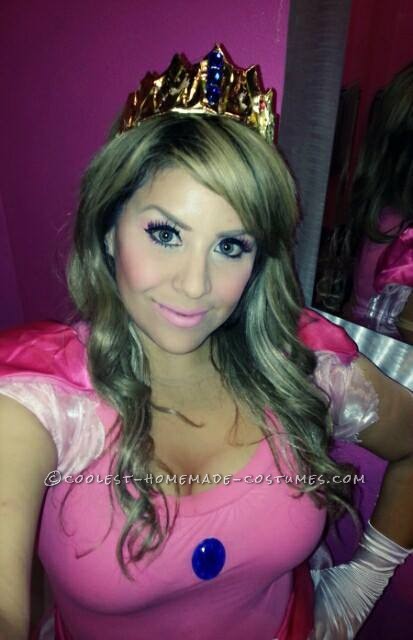 Hi, I made princess peach costume out of two prom dresses and a fitted tee I  got at Savers. It came out to about $25. I cut the hot pink dress to make it like      a skirt, with a hot glue gun I sealed around the wait line, then I cut some of … Read more 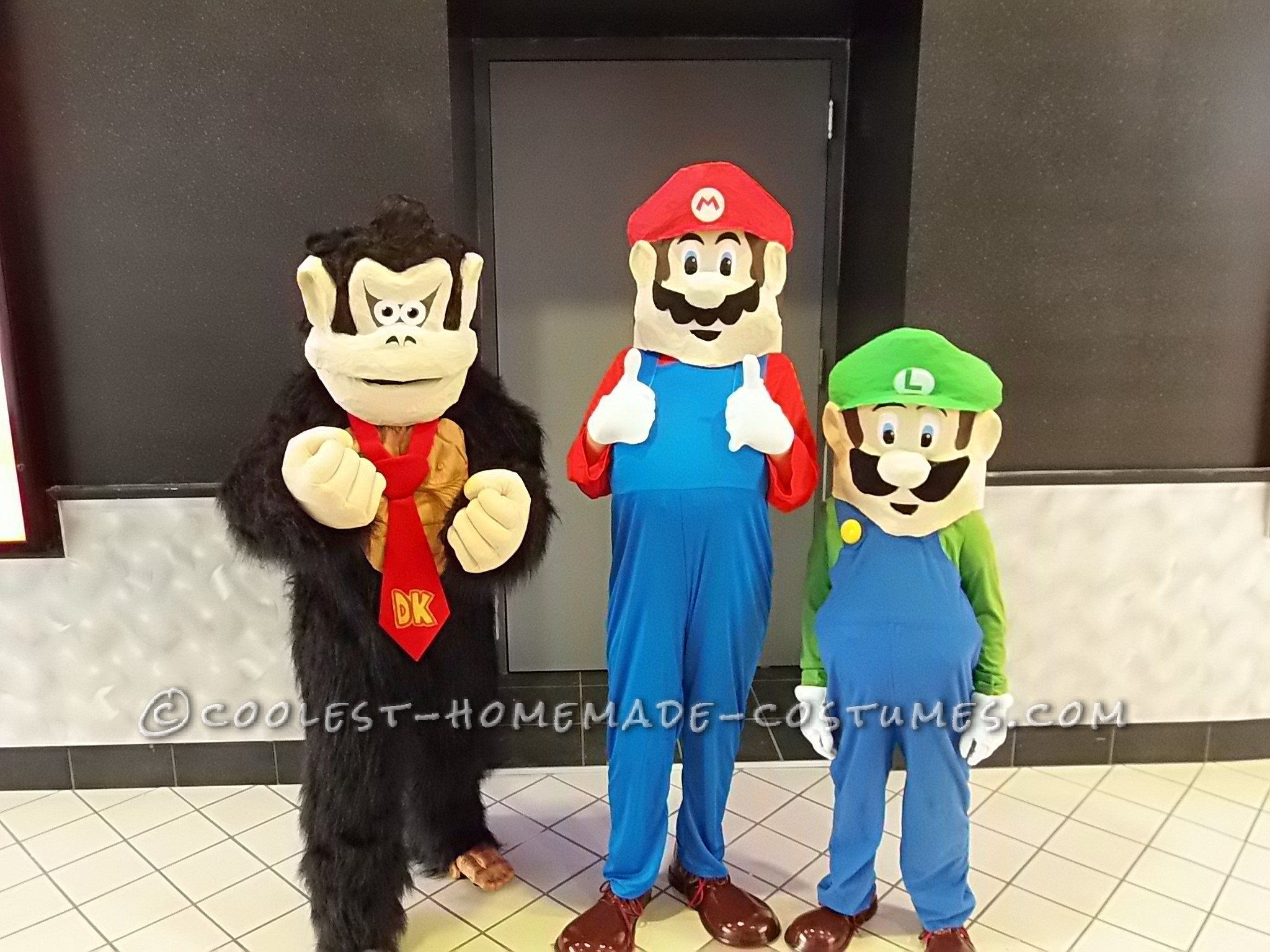 This year we decided to make the kids Mario, Luigi, and Donkey Kong. We made the heads by making a cylinder shape out of cardboard and scuplting faces from paper and tape. Then we covered them with paper mache. I put a mix of joint compound and caulk and sanded it to make it as smooth … Read more 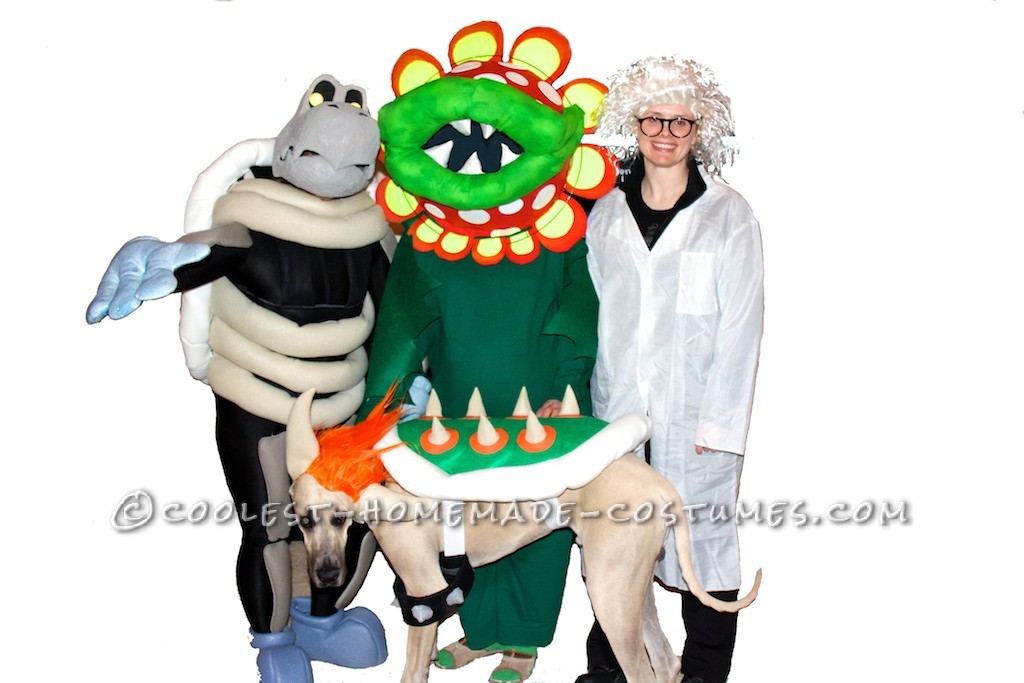 Super Coolest Halloween Costumes 2013… Featuring Bowser, Dry Bones and Petey Piranha My name is Tami and our Halloween theme was easy to decide this year, with a new puppy we named Bowser, it was too obvious…Super Mario! I’ll start with his costume, Bowser!  I used 2″ foam for the shell and cut small shaped … Read more 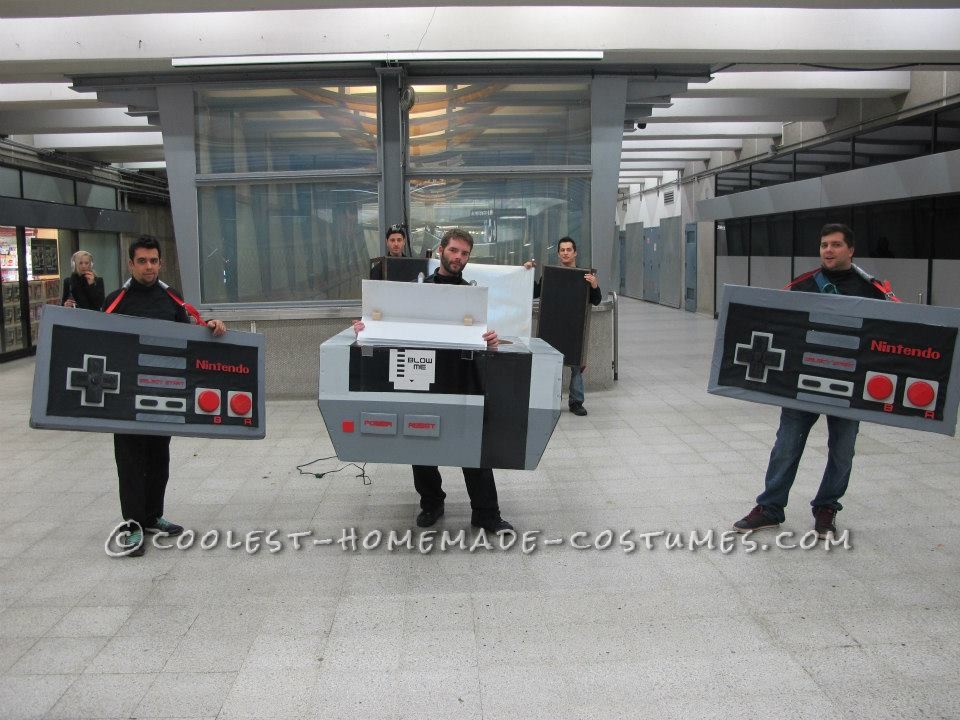 The halloween 2013 , was prepared since 2012 . Like every year , we decided to challenge ourselves for Halloween creating a costumes that is interactive , visually striking and allows us to let go of our imagination! With this in mind, we decided to build one giant Nintendo from our childhood, and functional to … Read more 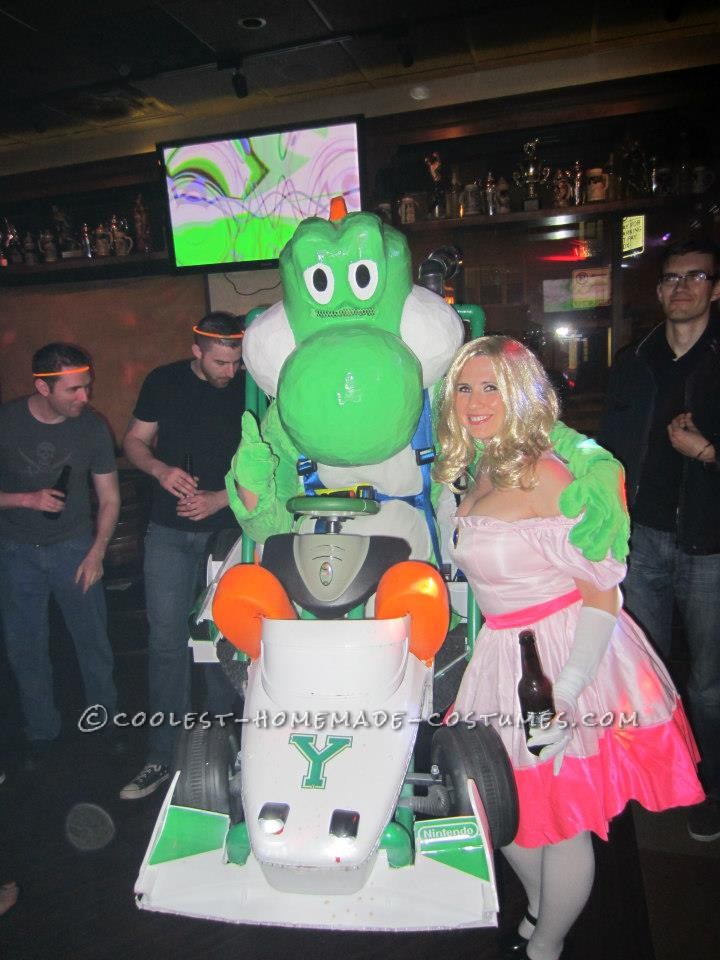 My costume for the Halloween 2013 this year was Yoshi Mario Kart from the popular Nintendo game series. Over the years since the game came out I have seen a few cardboard Mario Kart costumes, but never a full sized kart like featured in the game. I decided I would make two costumes in one … Read more