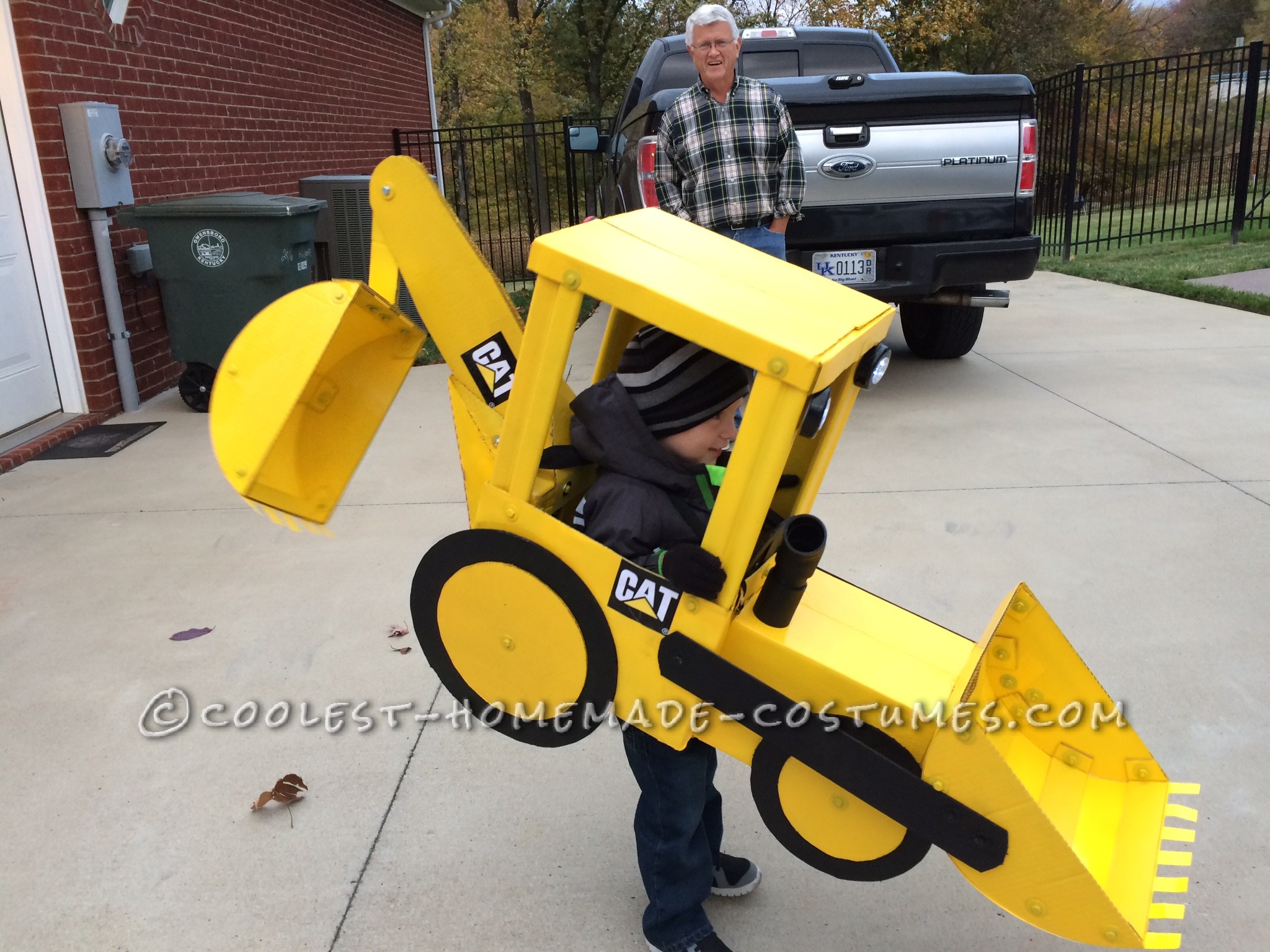 “Grandad, I want to be a backhoe for Halloween!” This is all that had to be said for Grandad to think about making a “real” backhoe for grandson, Jaxon. “You really want to be a backhoe?”, grandad asked. “Oh, yes I do!”  So the work began. I had seen a copy of one that I liked and asked my father-in-law to follow it as a guide. We really couldn’t find any directions. The one I gave him wasn’t realistic enough for him. He added an engine compartment, exhaust pipe, moving steering wheel, red blinking backup lights, head lights, moveable buckets, and wheels that rolled. He did more than I ever expected.

The backhoe was made from various sizes of cardboard boxes and paint! Boxes were put together in the shape of a backhoe and painted yellow. Then, the buckets were made from poster board because they had to be curved. Making the buckets was the hardest part. Then, they were added. A steering wheel and wheels were made from cardboard. The sizes were made from different sizes of plates. All parts painted and put together. All parts were put together with real bolts and screws for stability. Stick on lights on the front from the Dollar Tree, and a clip on light on the back. A PVC pipe was used as the exhaust pipe. I called caterpillar for stickers but they didn’t have any. Therefore, I made them on the computer.

When we were Trick or Treating, everyone was “oohing and ahhing” at the costume. We were told by many that we should win best costume— there wasn’t a contest! At church and a Halloween photo shoot, they were amazed. Everyone loved it and couldn’t believe it had been made from boxes. Granddad made it possible for our son to have the perfect Halloween costume and be the hit of the subdivision, church, and photo shoot session.

My son loves construction equipment. His birthday party in October had a construction theme. We live in a subdivision that always has new homes being built, and we play in the dirt and on the equipment every afternoon. At my in-laws, they have a neighbor with a backhoe, and they play on it all the time. Jaxon loves big construction equipment and got to be a backhoe— nothing could please a 3-year old more! 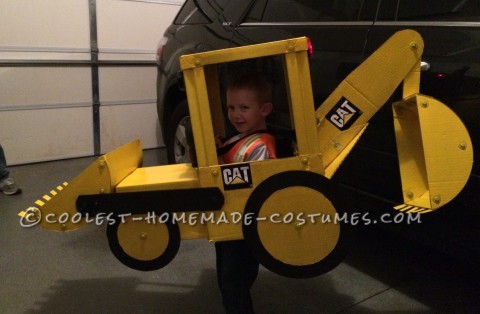 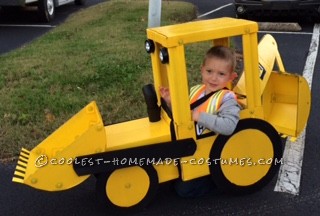 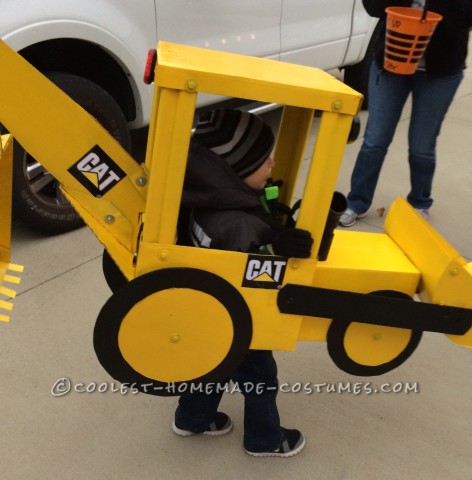 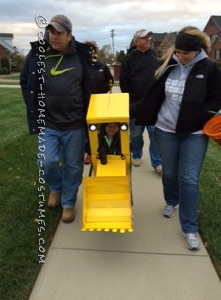 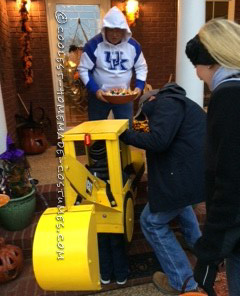