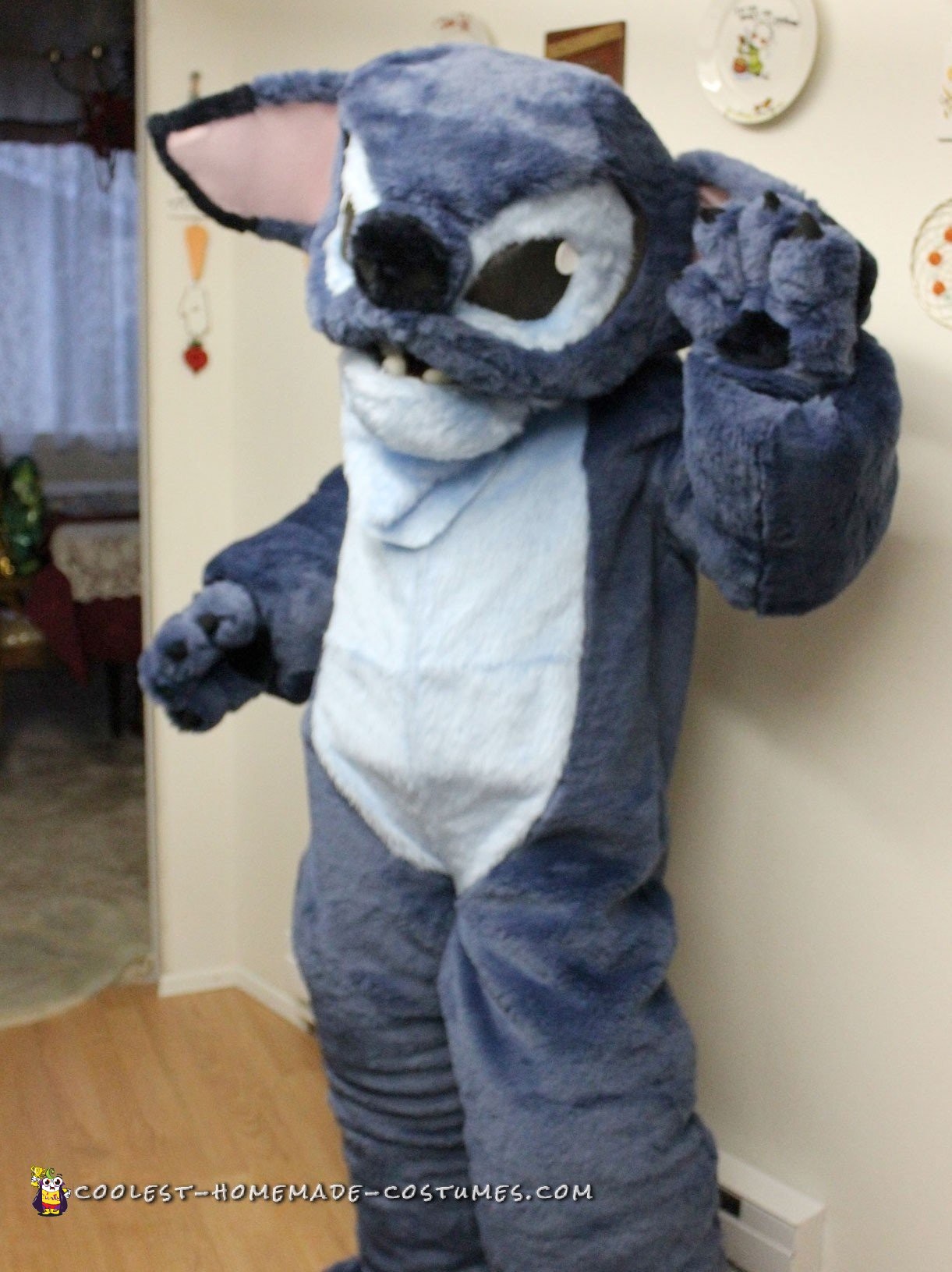 One Day My Church Was having a Disney themed Party with a costume contest, So I decided to make a costume of my favorite Disney character. Stitch. I didn’t finish it in time for that however and the little bit I had finished sat in the garage for months.

When October came I decide I would try to finish it for Halloween. I worked on it all day everyday from October 15th- 28th (2 weeks). I used fake fur, foam, a pair of knit gloves, Stuffing, mesh (like on a screen door), fake leather, felt, a balaclava, elastic bands, and hot glue. ( I made my costume out in the garage because the last time I worked with fake fur little bits of it somehow made it into the toaster and refrigerator.)

While I was making my costume I was poked by many needles, forgot about eating food several times and had some frustrating moments where something wasn’t working right. The mouth on the costume moves when I open and close my mouth. It was the thing that was causing the most problems. I fixed it though by adding some elastic bands and undoing some sewing.

Most of the head, hands, and feet had to be hand sewn where as the body was all machine sewn.

Another frustrating thing was sculpting the feet. I had a hard time making them the same.

The Last day that I worked on it I was panicked because there was a harvest carnival at my church that night and I really wanted to wear it to that. I had originally planned to have the eyes light up green but due to time limitations I couldn’t.

I did finish it in time for that harvest carnival however. (you know other then the better light up eyes.) Any way I went to the harvest carnival and almost all the kids loved it. There were only a few who were scared of me.

Most kids swarmed me, They would jump up and down and yell look Mom/ Dad it’s Stitch! There was one kid who liked it the most he wanted me to go home with him, I told him in my best Stitch voice that I couldn’t and had to stay there.

Everyone kid and adult wanted to take a picture with me, I felt like a famous person. While dressed as Stitch I decided to go down one of those big inflatable slides. Everyone laughed as I struggled to get up the skinny ladder with Stitches big feet.

I accidentally ripped the inside of one of the ears when trying to duck under the net at the top so now it is extra floppy. It was worth it though. Everyone loved seeing Stitch go down that big slide. They thought it was the best thing ever. I was going to wear my Stitch costume when trick or treating with my neighbor, but the ground was really wet because it had been raining most of that day. So I wore a different costume that night. In the end I do think that all the work I put into making my Stitch costume was worth it. Hope you guys like it to. 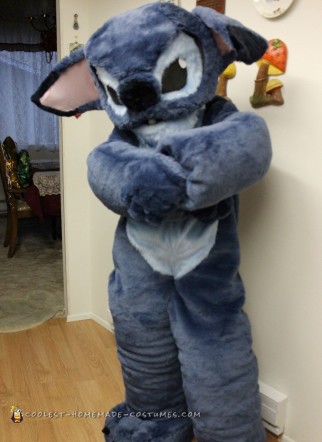 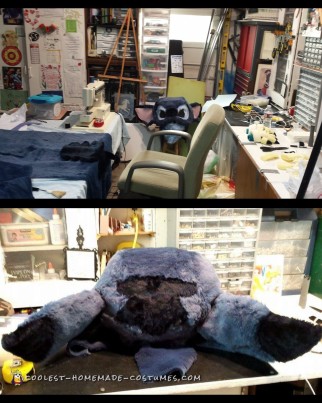 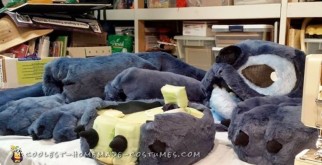 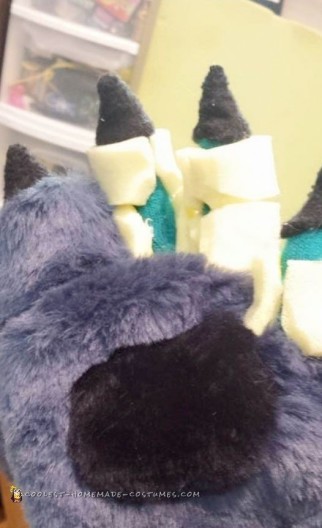 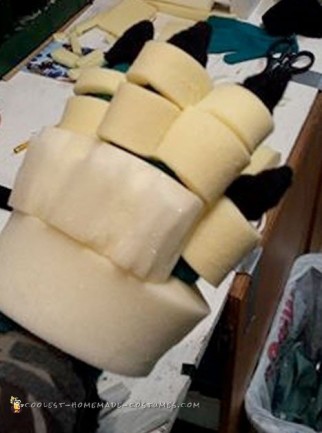 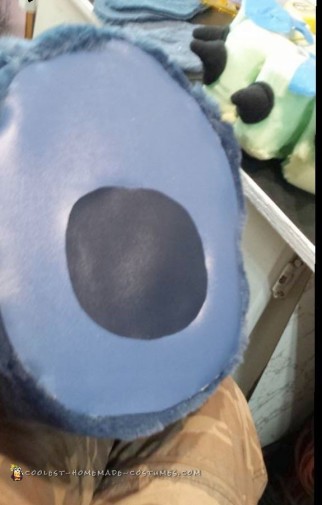