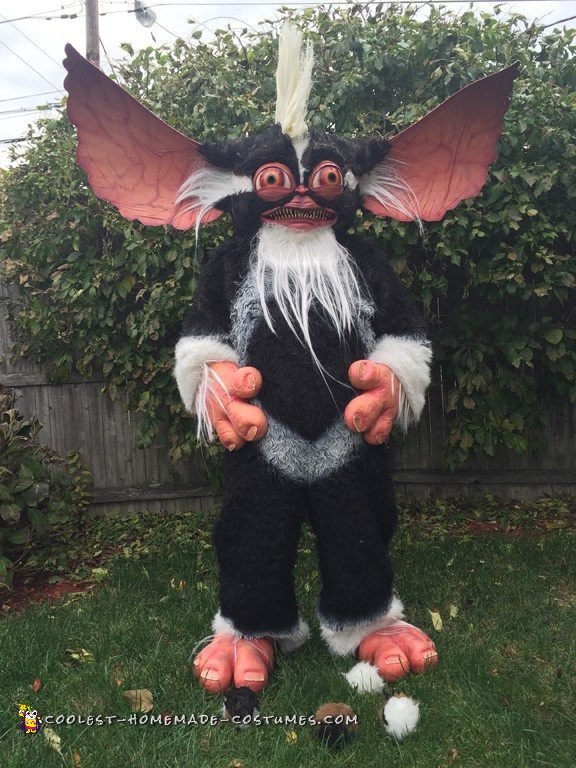 This Halloween I decided to honor one of the greatest Cinematic Masterpieces in the history of film. Gremlins 2! While most people love the good guy, I opted not to create the soft and cuddley hero of the franchise. Instead of crafting Gizmo, I went with the main baddy of the film, Mowhawk!

The fur costume was an old big foot disguise I bought years ago. I repurposed that stinky brown costume adding additional fur to the sleeves and legs and by repainting it the Black and White color pattern of my favorite Mogwai.

The Hands/Feet were carved out of packing foam and painted over with latex paint. Added some disgusting detail with styrene finger and toe nails. The head started as a clear dome. I sculpted over with super sulpy and a fresh coat of paint to bring out the horrific details.

Eyeballs were a christmas ornament, halved, and glued to the dome.

The ears were cut out of styrene and coated with cling wrap to give texture. A couple hours of glueing fur onto the head piece and the costume was complete. This is by far my favorite holiday so I put the extra effort in on this ode to the perfect movie. As an added bonus, I somehow convinced my wife to accompany me as small Chinatown business owner, Mr Wing.

I attended a work party the night of before Halloween and the reaction for the costume was amazing. Even people who hadn’t seen the movie were fascinated. Do to poor visibility and movement, I was stuck in a corner of the venue most of the night. This wasn’t too much of a problem since most people would wonder over for a 3 hour photoshoot. I was happy to oblige as I was going nowhere in my furry tomb on legs. For me, the craft is the most for part. Gathering materials, repurposing old costume, and assembling it all together is very rewarding.

I am already fired up about next year and to start the process all over again. Of course I can’t tell you what it will be, but I’m hoping it’ll get at least half of the love this years costume received. In closing, if you haven’t seen Gremlins 2, go watch it now. 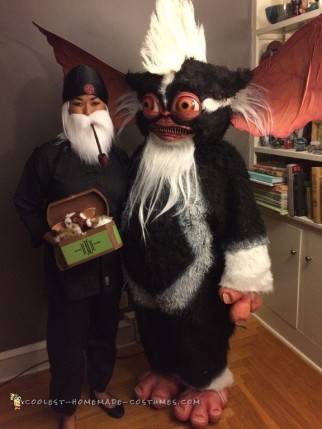