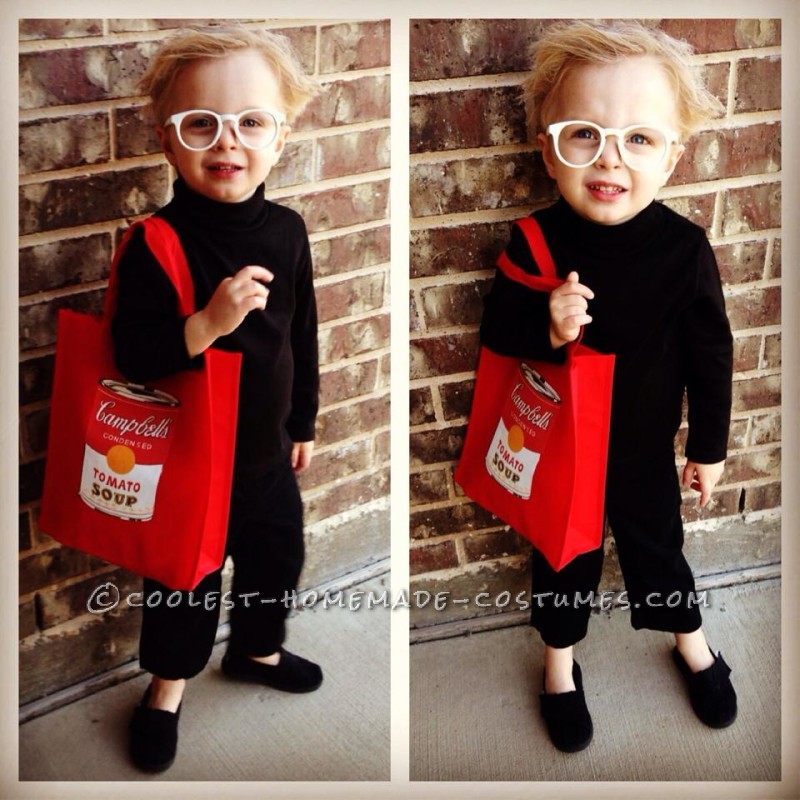 We had some play glasses that my son Briton, three years old at the time, would wear around the house and every time he put them on, we thought he looked like a mini-Andy Warhol! So I thought “what a cool and funny idea for a costume!”

This is How I Created this Mini Toddler Andy Warhol Costume:

So the planning began. I just got him a black turtle neck and he wore black pants that were too short, but looked like cropped pants on him, and black shoes. For the glasses, we went a step further and popped the lenses out and sprayed paint them white. For his hair, we just sprayed it with white hair spray and styled it to look Andy crazy. For his Trick-or-Treat bag, I just bought a plain red tote bag and printed a Campbell’s can of soup images and cut it out and ironed it on the bag. Once the look was complete, it was amazing!

His costume was a HUGE hit, everyone loved it. I was worried people wouldn’t know who he was, but I think the Campbell’s Soup Can tote sealed the deal. Many people told me that was the best, most creative costume they had ever seen! It was so great and we made great memories from it.