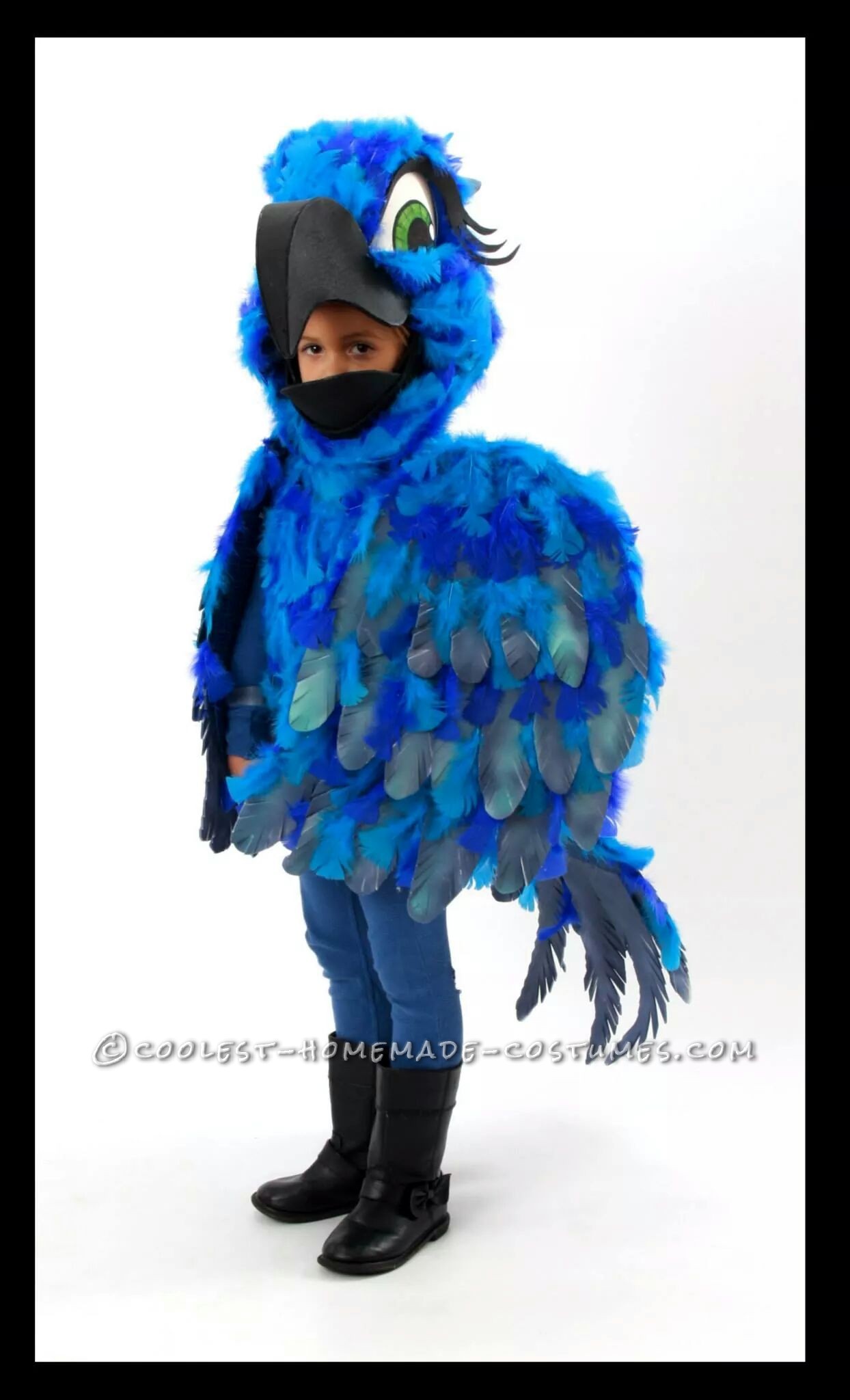 My Niece loved the movie Rio and loved even more the Rio2 movie, so when I asked her what she wanted me to make her for her Halloween costume, her eyes were all for some version of the Blue Bird Jewls….She didnt just want ANY blue bird or parrot costume, she wanted to BE the actual character…to become the bird!

I set out with one picture on my cell phone of the movie character and  scoured every craft store for a cost effective way to make this costume. UNFORTUNATELY bird feathers are very pricey and it would have cost over a hundred dollars to buy them locally! That just wouldn’t do and went against my love of using as much recycled materials as possible…so I set out on internet searches looking for the best deal for the most amount of Bright blue feathers.  I found a lovely lady on ebay who sold lots & dyes them herself and got a great deal on them and she shipped super quick from Montana!

So, with feathers on the way, I started building the base of it. Everything except the feathers is re-purposed materials (I suppose the feathers technically are re-purposed as well just in a different….not found at a thriftstore…way lol)

Old pajamas made the legs & arm colors. The large feathers are all made with craft foam found at an eco art warehouse. The beak was made with the same foam. The head was built on top of a baseball cap and padded with leftover quilt batting. The tail was built with a plastic sign and old belt!

The only tools I used were a glue gun,  scissors, sharpie markers, spray paint the 1 picture on my cell phone.

After I built out the parts the way I wanted them, I sprayed them all with a base coat of blue paint, added some eyes that I had colored on the foam using sharpies and then add all the lovely real feather details!

She absolutely LOVES this costume as did everyone who saw her wearing it…She truly became the bird and would even walk around strutting like one! When she moved her head (since it was built on a baseball hat fitted to her head, it moved just like a bird’s head would! I don’t know where we are going to store this thing now, but I don’t see her ever getting rid of it! 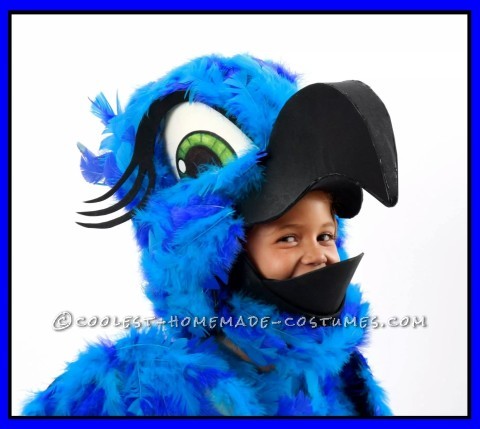 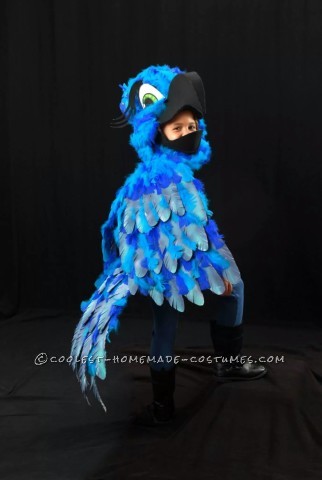 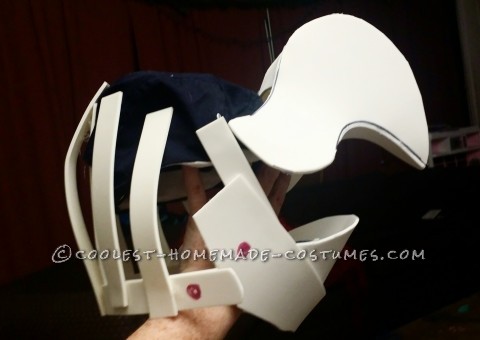 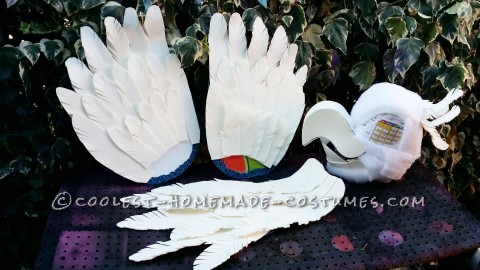 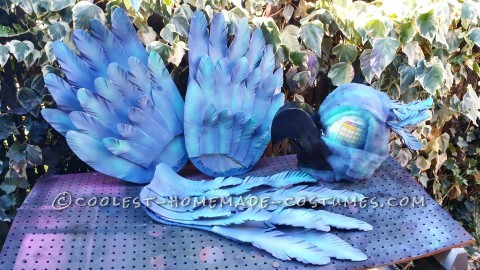 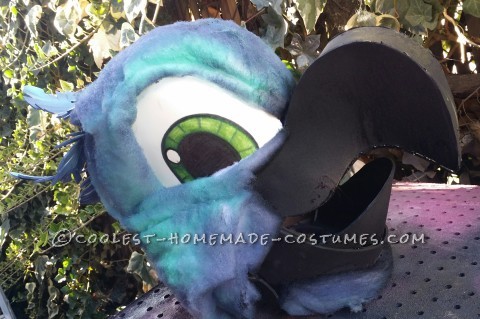