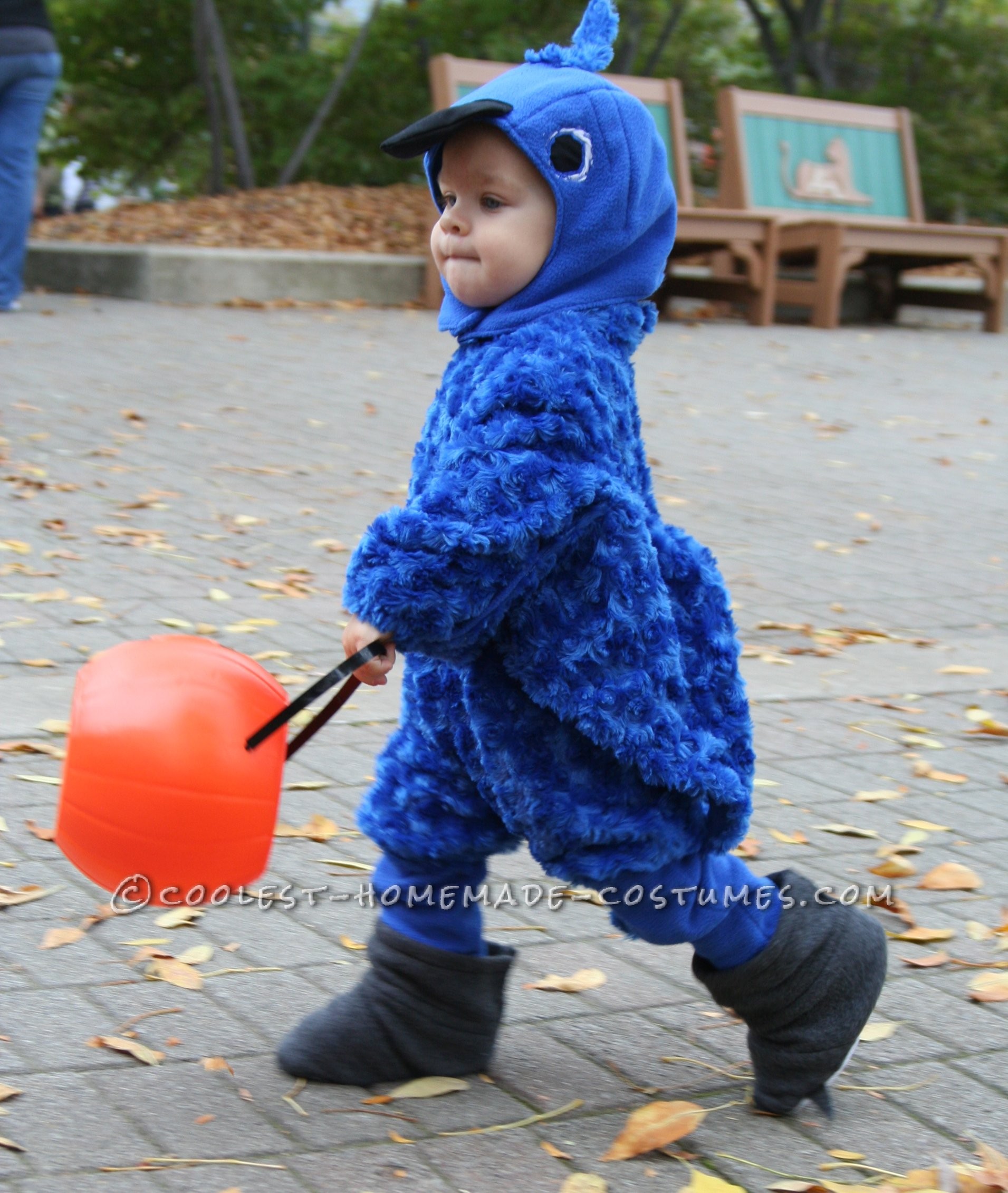 My son Benjamin who is 19 months, has watched the movie Rio almost daily and sometimes 2-3 times a day since he was 6 months old. He loves the vivid colors of the birds and the music in the movie. We decided that with his love for the movie and the birds, he would go as a blue Macaw for Halloween. Due to the climate where we lived, we also needed something that would keep him warm and not be bulky so that he could walk for trick-or-treating.

The bodysuit is made with a blue rosette material. We used a zipper instead of Velcro for the back closure so it would lay flat. We sewed snaps onto bias tape to use for the crotch closure so we would have easier access for diaper changes. Instead of the sleeve band, we used 1/4″ elastic for the wrist and also for the bottom of the bodysuit so that it would stay above his knees.

The wings, we measured from the middle of his back stretch out to his arms and from the upper part of his back down past waist line. We used these measurements and cut out a triangle from cardboard to create the wings. We used the rosette material for the backside and inside we used a blue broad cloth. We sewed the wings onto the back part of the sleeve and the bodysuit.

For the foot covers we used charcoal fleece and made them a size bigger so that they would slip on over his shoes. We didn’t sew the back of the covers completely, but used hook and eyes for closures. We used Jiffy Grip for the bottoms so that he wouldn’t slip and fall.

For the hat, we used blue fleece for the outer casing. We cut a slit in the top and using a feather shape, used the rosette material to make a single feather for the top. We again made casing and used pipe cleaner so that we could shape the top feather and it would stick up. We used blue broad cloth for the inside. For the beak, we used black material and made a triangle shape and used batting to give it more character, attaching to the hat. For the eyes, we made a white circle and black smaller circle out of broadcloth and sewed directly to the hat. We didn’t stitch nice even lines around the white circle, so it would look like some feathers coming across the eyes.

For the pants, we used blue fleece and non-roll elastic for the waist.

Total cost that we spent for materials was around $20. We had some of the materials like elastic, snaps, and hook-n-eyes already in our sewing box. We have material left over that we will more than likely use on a quilt for him at a later date.

He continues to flap his way into the hearts of those who see him in costume. Many have stopped us to take his picture. We have received so many comments from others. Some of the comments have been; completely original and never before seen, one cool bird, blue bird of happiness, and looks cute as a button. When he puts on his costume, he flaps his arms and dances around. He keeps warming his way into the hearts of those around. He is ready to take flight into life. 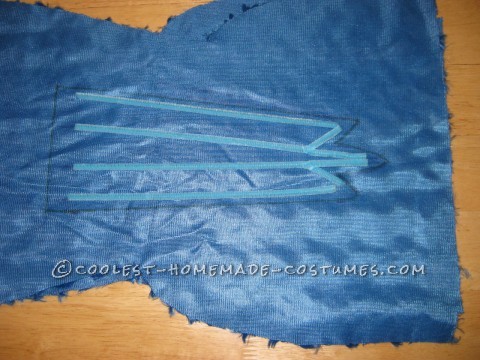 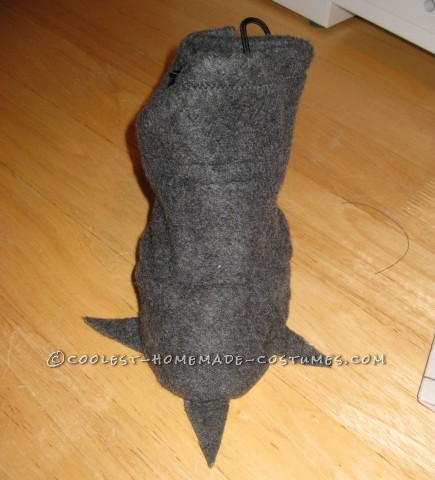 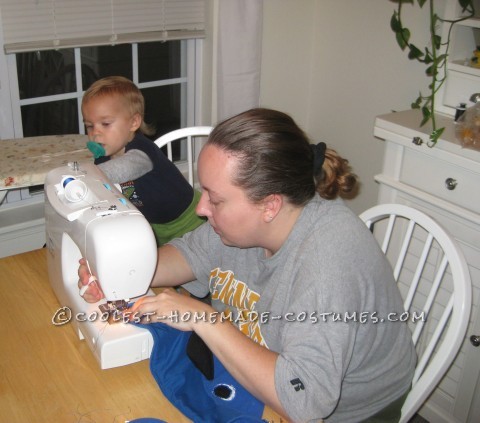 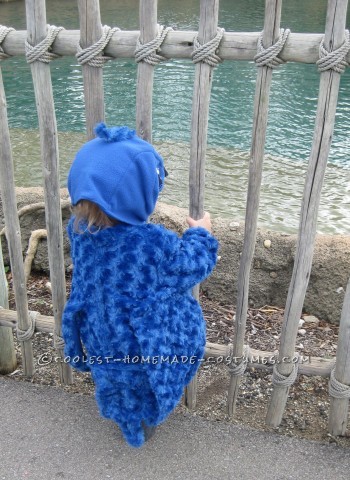 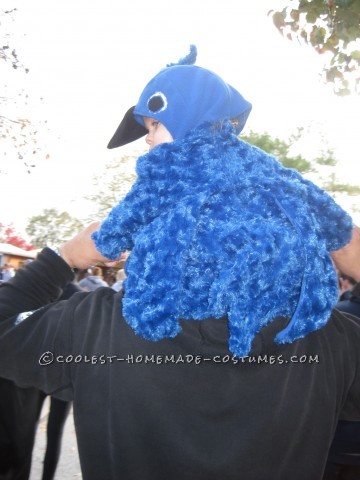 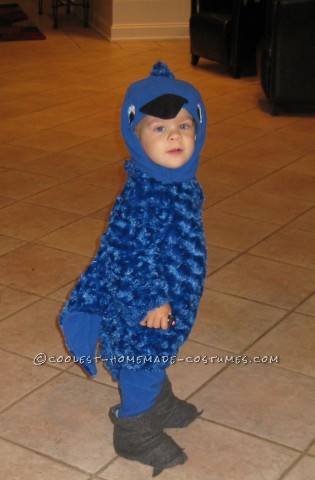 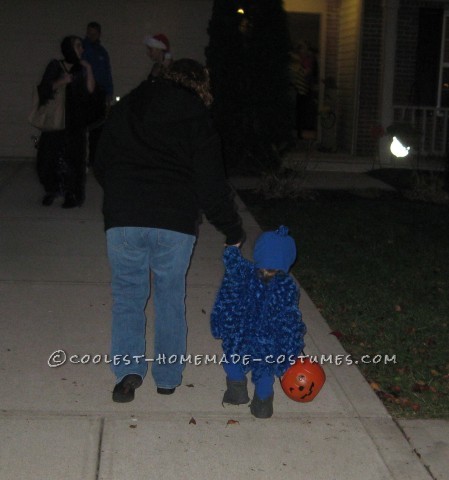