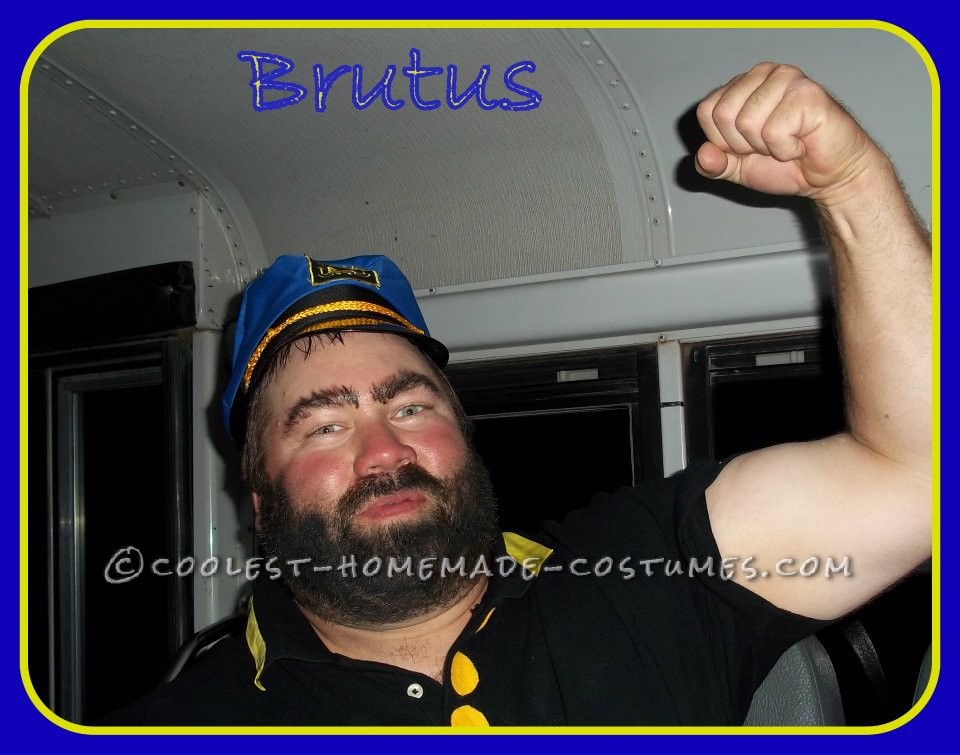 My husband was not going to dress up for a 50th bday party on a party bus themed “cartoon bus.” Everyone was dressing as a cartoon character. I took one look at him and said “you have to be Brutis from Popeye.’  He ended up loving it and I was surprised everyone knew he was Brutis. It was so much fun to see people react to him and he actually ended up playing the part as the guy who rounded everyone up at various stops not taking any “static” from anyone.

This last-minute Bruto AKA Brutis costume was easy to make and no sewing required. That is the best part, it only cost $12.00 and took about an hour to make ,minus the time to color the  pants.

2. Cut some of the felt and make two yellow strips large enough to fit around the collar.

3. Take a hot glue gun or fabric glue and glue the buttons on and the strip around the bottom edge of collar.

4. For pants simply take a white pair of nurse uniform pants and dye them bright yellow.  We did this process twice as to get it brighter.

Wear an old pair of brown work boots and a sailor captions hat and spray paint your wiskas black, draw in some bushy black angry brows. One could make muscles  with nylons and filler but we opted not to as he is already bigger.