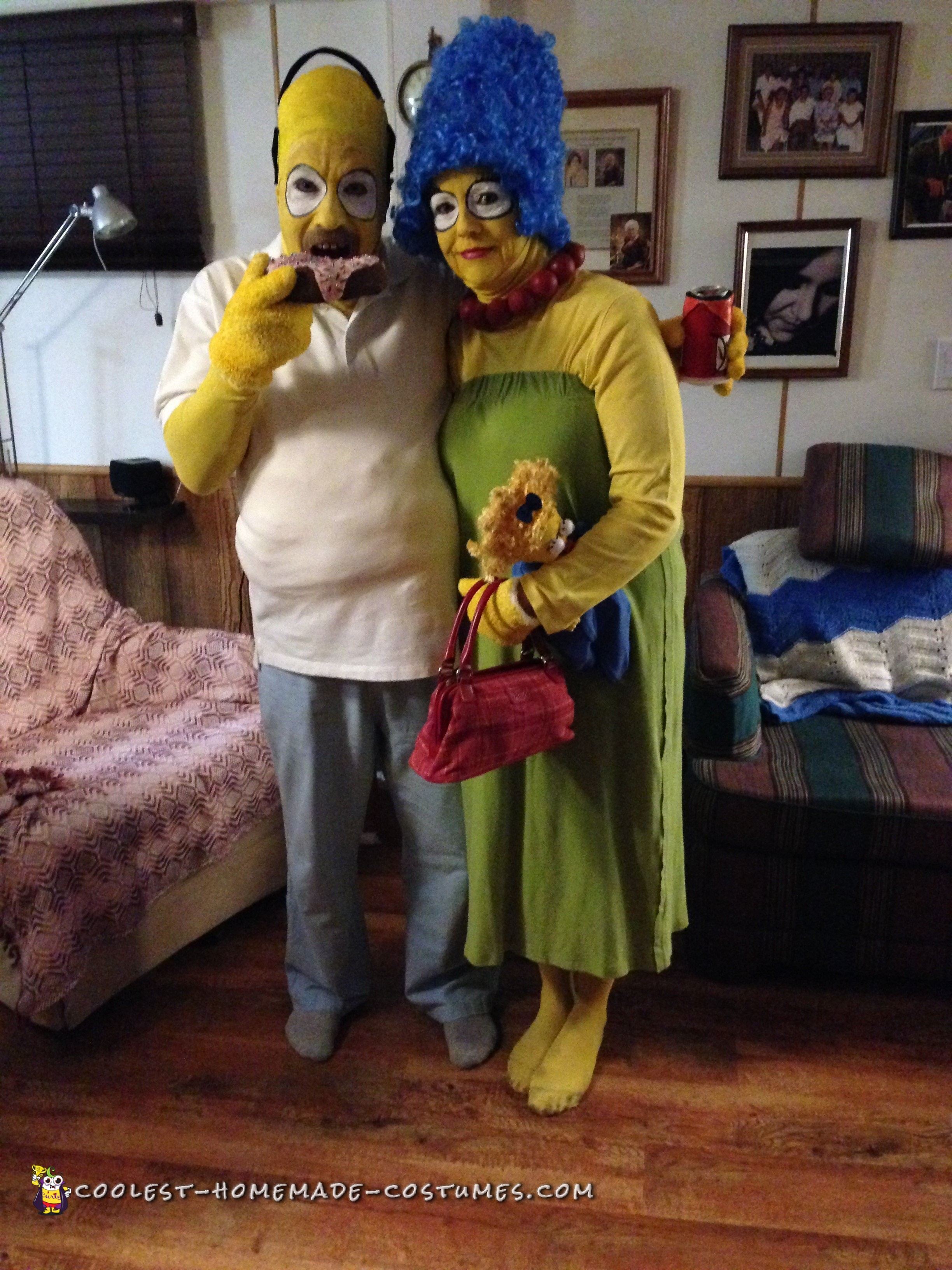 This year my husband suggested we go as Homer and Marge and so I went on the hunt for thrift store finds to make our own costumes along with important props, Duff beer, Donut and baby Maggie. I loved the idea as soon as my husband suggested it in June, I then immediately started creating Homer’s donut, made with felt and  beed “sprinkles”, later on I fabricated the first Homer head out of Paper Mache, painted it yellow and added the few hairs that Homer has with black pipe cleaners, I made big eyes out of dollar store glasses and took out the lenses, and cut a ball in half to make the eye balls, then painted in white and cut out circles for the pupils.

I made Marge’s eyes out of glasses as well but used ping pong balls and did the same thing, I later decided that the glasses would be a tripping and falling hazard especially if Homer drinks his Duff beer. I opted to painting our eyes instead,  rather then having to paint our arms and hands yellow I got white turtle necks which I dyed Yellow, gloves as well for our hands, also, for the sake of Homer’s comfort I ditched the paper mache head and got a bald cap which I stuffed with a little bit of batting as homer has a very high head, then affixed the ball cap in place with spirit gum and painted it yellow.

Marge’s dress I made out of a piece of fabric in the right colour for the dress, made her necklace out of ping pong balls, the only  non home made part was Marge’s blue hair, again I had made one myself but was not comfortable.

We transformed ourselves last night for a stag and doe and got numerous compliments and we were announced the winners of the costume contest. Very proud moment, all my time and effort payed off for us last night!