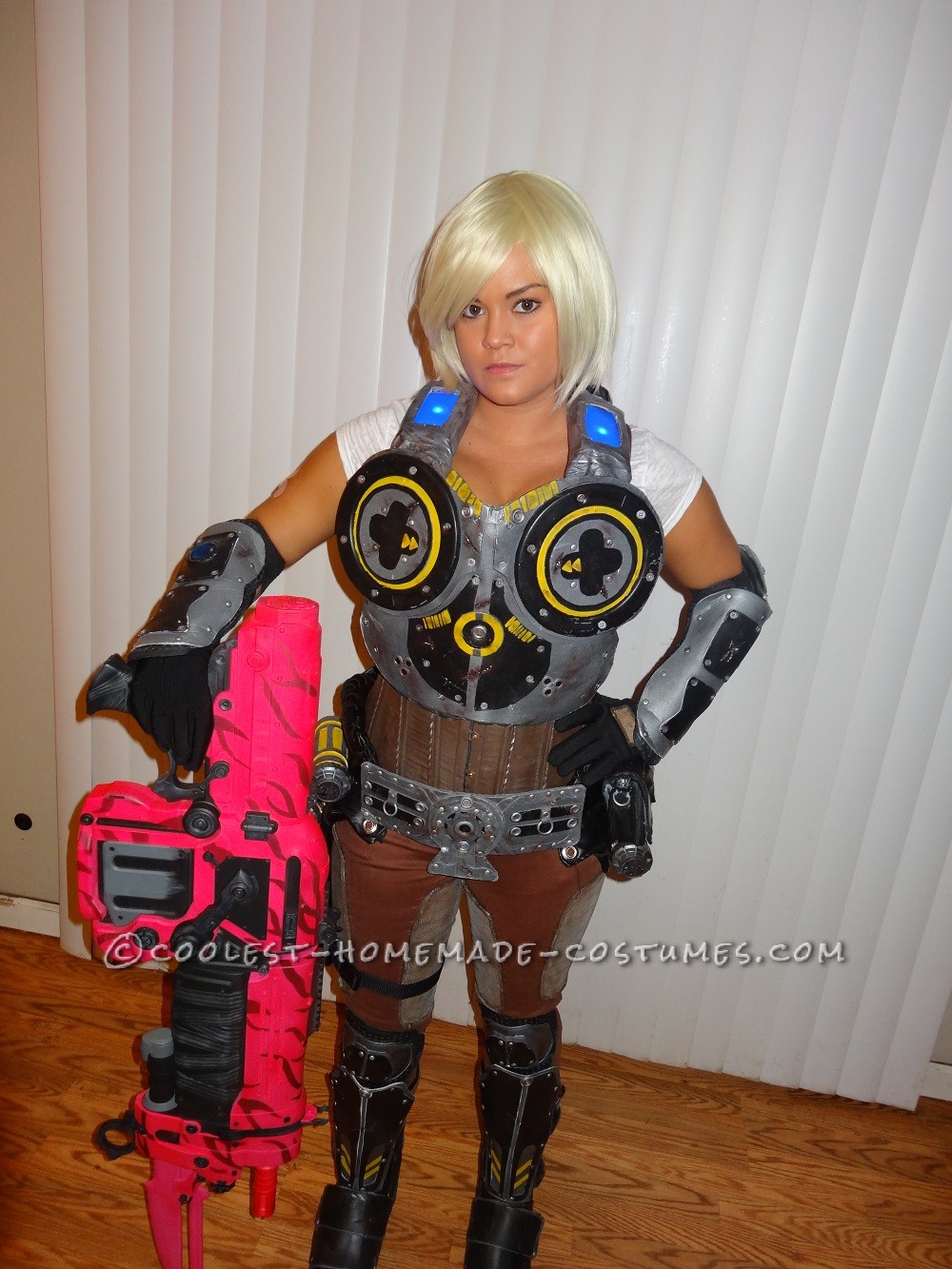 So I have always been huge into cosplay costumes and a huge Halloween fan! I’ve never actually made my own costume from head to toe before like real cosplayers out there but it has always been a dream of mine to use my creative side to make Halloween costumes exactly or as close to as possible to what I wanted to be!!

I first made my husband a Scorpion costume (2011) from Mortal Kombat (I’ll submit later) and it turned out so good that for next Halloween (2012) I wanted to try something of my own. This was my second time ever making a costume. I thought that Anya Stroud from Gears of War 3 (which my husband played) would be pretty cool to do. I didn’t realize when I started what I was getting myself into! lol it took me about 2 months as I always wait until last minute to start. lolת I started researching online for ideas and ways to get this costume going! I got pictures of Anya Stroud from the internet and also stumbled across Meagan Marie (who is a great cosplay costume maker) which was most of my inspiration. She also made an Anya Stroud costume and I used hers as a guide for mine as well as a picture of a toy figure which is included in the photos.

Things I used was:

For the chest/back piece – motocross mesh armor for the base, cut up with sheet metal to make it sturdy, foam, miscellaneous screws and things, toilet rings for the 2 round parts on the front, miscellaneous metal rings, duct tape, a blue folder for the light up lights with an on/off switch and hidden battery pack.

For the back of the chest/back piece – part of the motocross mesh armor for the base, vacuum hose, metal rings, screws, piece of an air vent, pieces of the motocross armor I cut off of the jacket.

For the belt piece – the front is made of foam enforced with sheet metal in-between the foam, rings, screws, gear from gears of war, the sides are saddle bags I made from fake leather material I sewed, 1 side with an old purse I modified and the other side with sprinklers from home depot made to look like grenades and a canteen I made out of cardboard and material. Those are attached with magnets so I can pull them on and off. The back side of the belt is a piece of the motocross mesh armor I cut off with foam and a belt buckle I bought that resembles the gears of war symbol.

Clothing – I took an old black corset I had and painted it brown to give it that leather look and found an old pair of brown pants that I sewed and modified to look like the characters. Plain black gloves I modified, a gears of war necklace I bought, and the wig is a cosplay wig I bought online.

The gun – I didn’t make the gun but my costume could not be complete without the giant gun she plays with. This one was called the “deadly pink” lancer. I finished off the look by using a soldering iron to burn battle scars and make the whole thing look “beat up”.

This was the most fun I have ever had making a costume and the first time I made something this time consuming and detailed. I was so proud of my results and my husband was amazed by my work. I just wanted to share this with everyone as well! I went to a bar wearing this costume (which was very interesting getting in and out of the car), and it was a huge hit. People took pictures with me and I was entered into their costume contest. I won most original costume and $200! It was just amazing to see my hard work pay off and how much everyone appreciated my costume. If I could do this for a living it would be my dream job! Lol I hope you all enjoyed this as much as I did and I’m happy to answer any questions. Thanks for looking!! 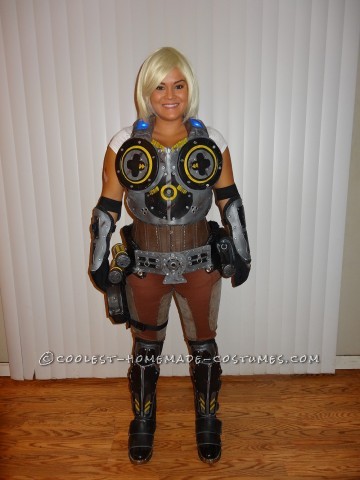 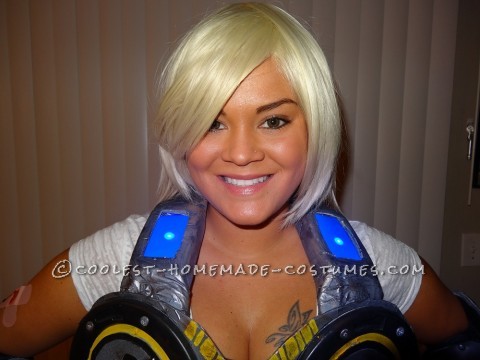 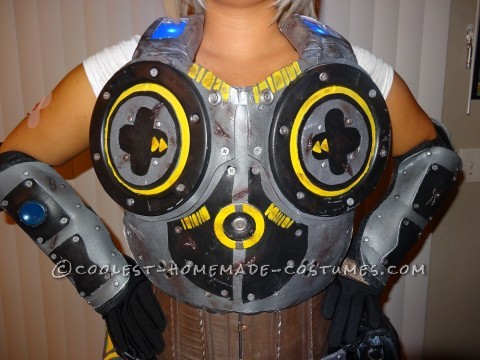 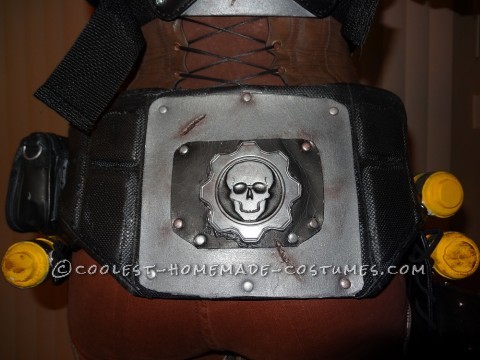 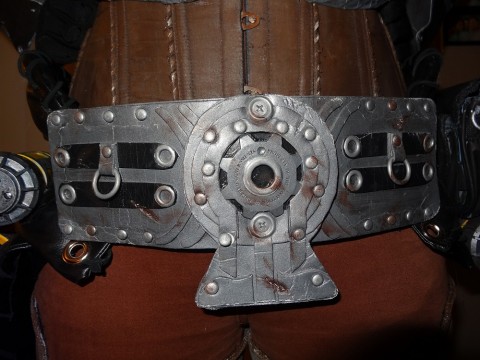 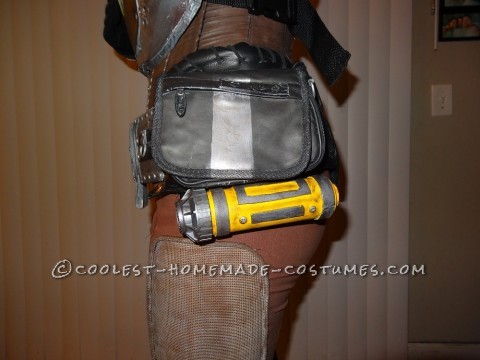 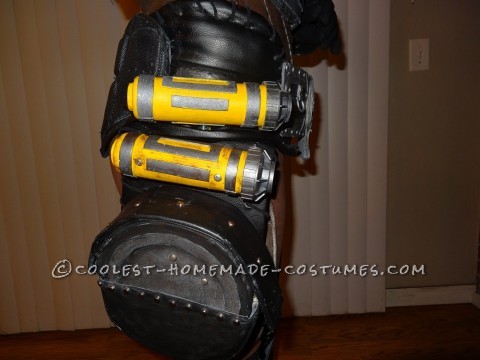 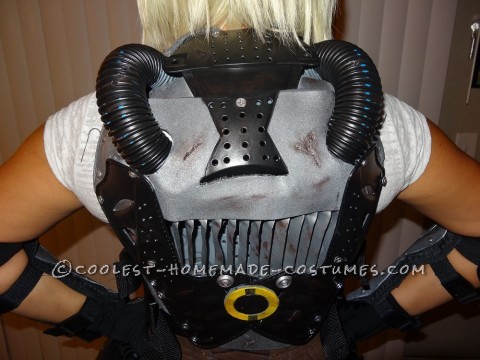 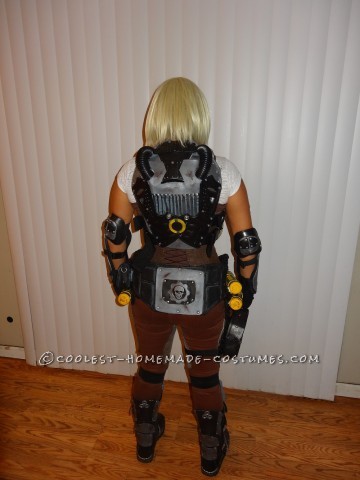 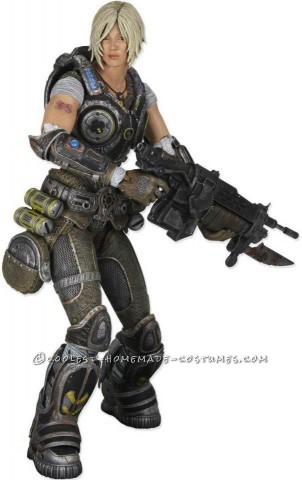