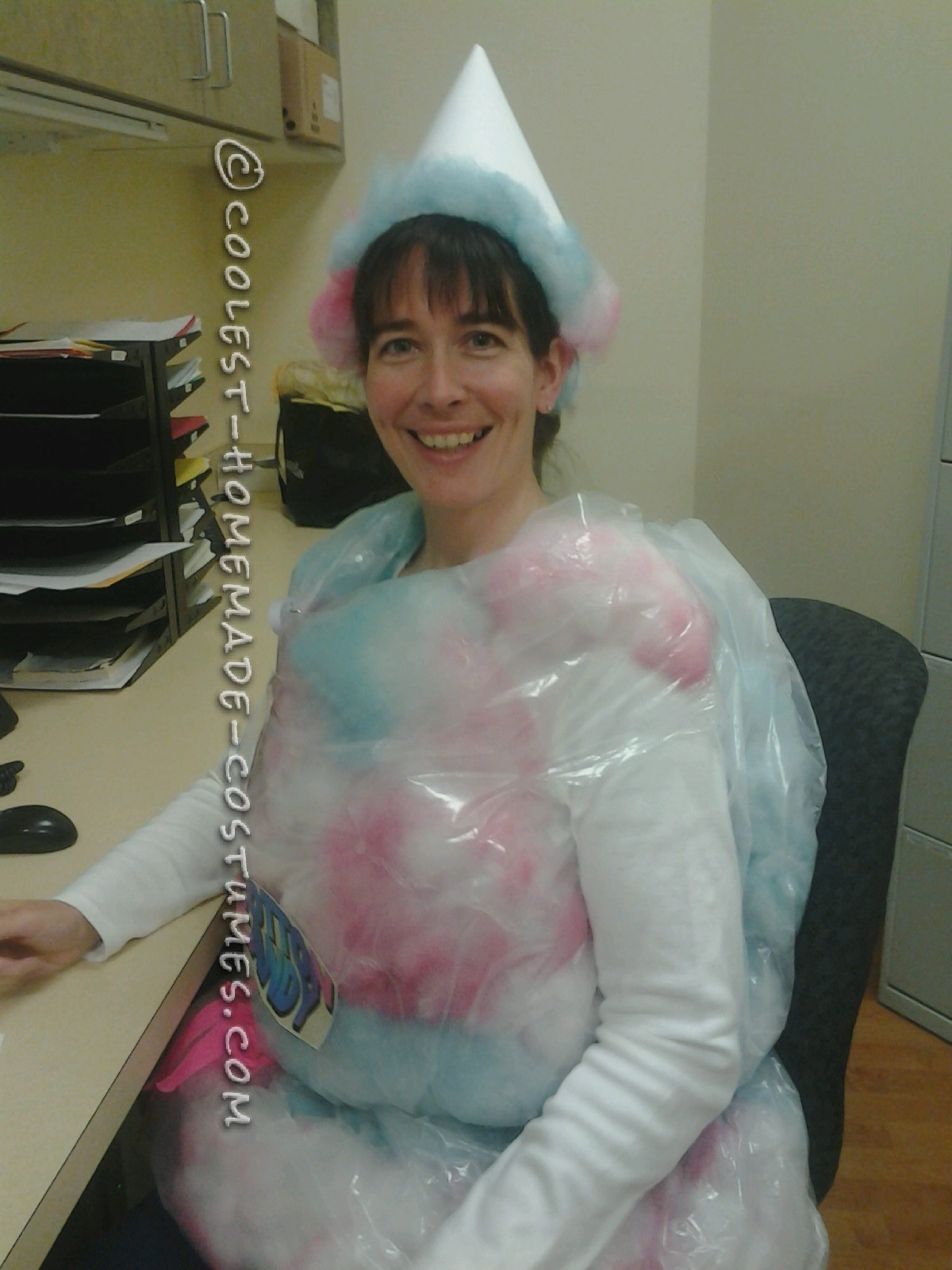 I work in an outpatient building at a local hospital and we were permitted to dress up for Halloween as long as it was deemed tasteful and appropriate to carry out work duties. As I was contemplating what to wear, I remembered a costume that I had helped a friend do for her daughter. It was a cotton candy costume. I thought that my theme would be “tasty” and not be offensive to anyone. So to make the costume you need to have an approximately 30 gallon size clear garbage bag, a bag of white fiberfill, craft spray paint, hot glue gun and glue sticks, 4 pieces of white cardstock paper, staple gun with staples, a tarp or cardboard to cover area to paint fiberfill, a printer to print out label, and ribbon. I started by spreading out a paint tarp and separated my fiberfill in two piles. Then I spray painted one pile blue and one pile pink making sure to turn and separate the fiberfill to get full coverage. Let the paint dry for several minutes. Next take the garbage bag and cut a hole in the bottom big enough to fit over your head and then make two arm holes. Then using the glue gun, glue pieces of the colored fiberfill carefully inside the bag making a layered look. Glue the bottom of the bag underneath itself to make a bottom edge. Using one piece of the cardstock paper to make the “stick” or your hat by making a funnel shape and stapling it together at the top and cut the second piece of cardstock to make it wide enough to fit your head. Then staple extra fiberfill around the bottom of the “stick”. Using a printer make a label that says COTTON CANDY and print two of these on cardstock, cut out and hot glue to the front and back of the bag. Wear a long sleeve white shirt under the bag, put on the bag and tie with ribbon at the middle to “close the bag”. I wore this all day and then my daughter wore it trick or treating too! I received many compliments on the costume and was asked by several people if it was “real”. One man walked up to me and seriously said,  “ You are really going to be sticky later”. I laughed so hard! I don’t know yet if I won, but this was definitely one of my best homemade creations! 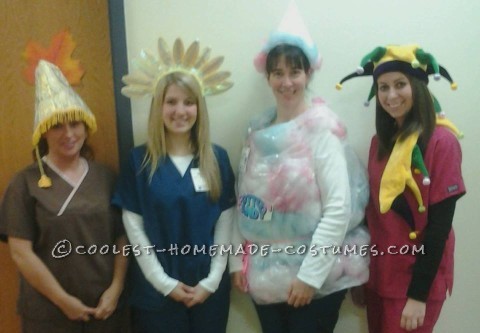