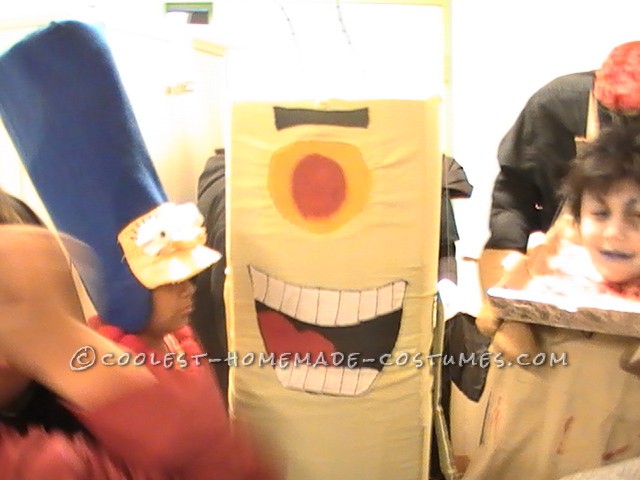 My son didn’t know what he wanted to be for halloween, so I asked him if he would want to be a character from Spongebob Squarepants. He asked if we could try for a Plankton costume.

First I found a cardboard box that my son could fit in, then I rounded it out. I then used a glue gun and glue sticks to glue on a sheet to the cardboard box. I then cut out a hole for Plankton’s eye. I covered the hole with colorless nylon so he can see through without being seen. I used food coloring to color the eye. I used glue to put pieces of colored material for Plankton’s face (eg. mouth, eyebrow, tongue and teeth).  I sewed on rolled up material for his arms and antennae. I tied  fishing line to two rings inside the costume then I put it through the top of the costume and tied the other end to the arms to give my son the ability to move Plankton’s arms.

He was a hit, kids kept chasing him around the Halloween party he attended asking him to shake hands.