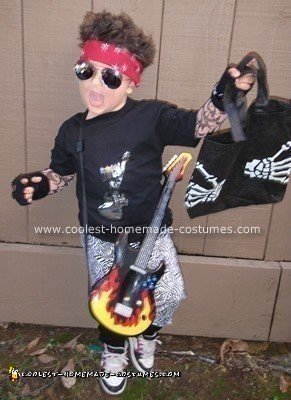 Well, this year I had a really hard time trying to find a costume for my 3 (almost 4) year old. One that we agreed on. He wanted to be “Somefing scary wit a mask”. Well, there was no way I was giving in to his requests. Frankly, I do not have a clue where his requests came from as he had never watched a “scary” movie. I finally convinced him to be a rock star. I tried to get him to wear a wig and be Brett Michaels but the wig was a no go. (I grew up in the 80’s and was a huge hair band fan).

Well, with some black hair spray, leggins (found in the girls section at Penny’s), black shirt with an iron on decal I got at the local fabric store,an old belt, socks with the feet cut out (to make leg warmers), cut up black mittens and one of Daddy’s bandanas we had an awesome Homemade Tommy Lee Costume.

I took my son to a local Fall Fest. on Sunday. You would not believe the stir he created! We must had been told at least 100+ times that he had the coolest costume ever seen. He was asked for autographs and one lady even took his picture! Not only is it a great costume but he sure plays the part. I hope you enjoy it as much as us. 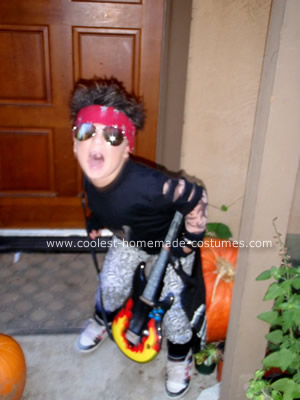 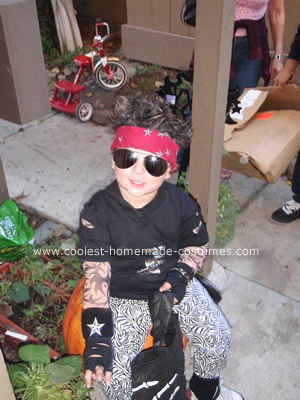