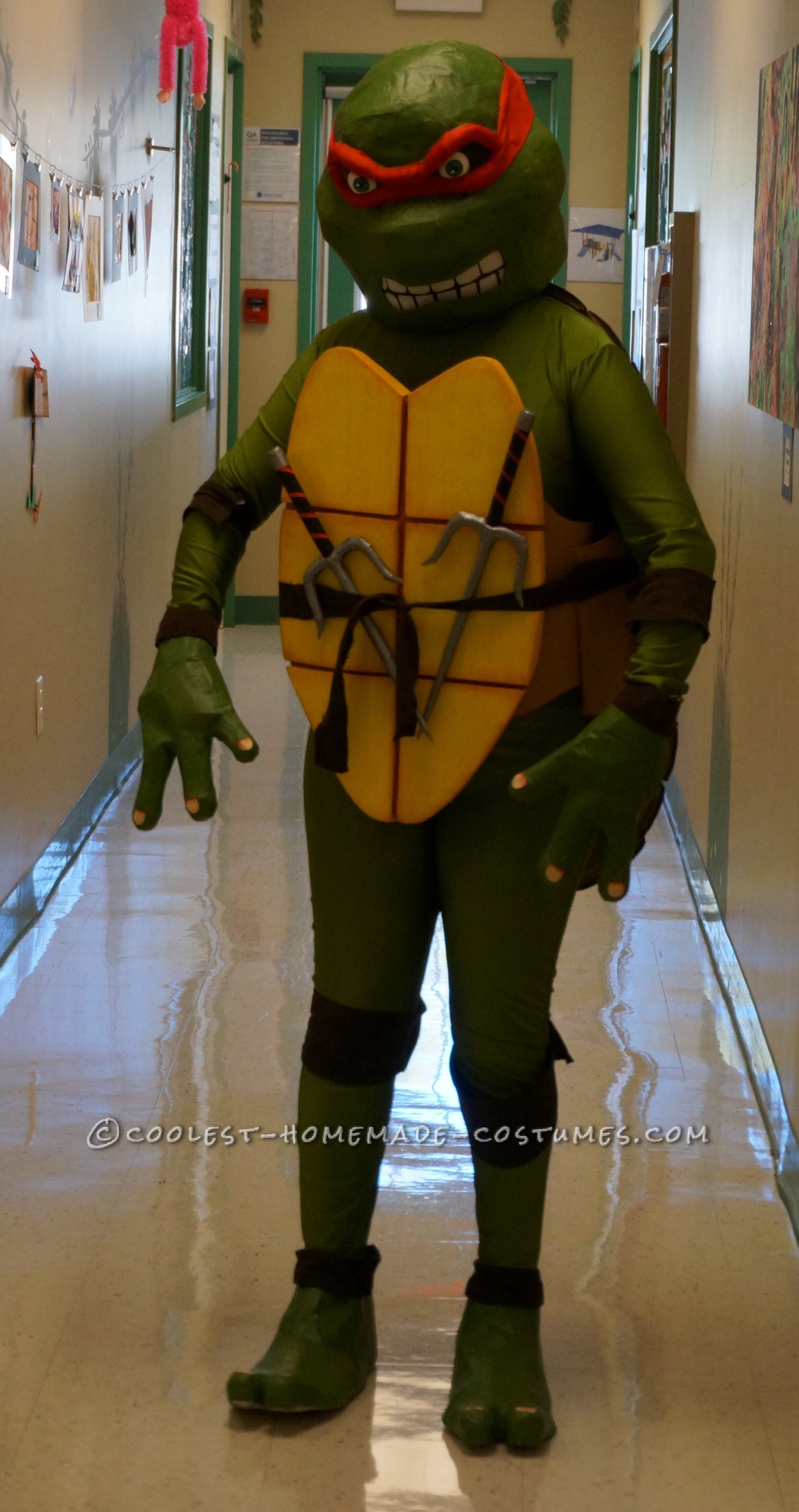 First, I had to collect a lot of boxes to construct most of it. The head, hands and feet were constructed out of cardboard and masking tape, then paper mâché (newspaper, flour, water, and glue) and painted with acrylic paint. The paper mâché was messy. It’s been years since I’ve done it, but it was like riding a bike, it all came back. :)

The shell is simply made of cardboard, brown paper bags, hot glue and a lot of patience! This was my favorite piece. It took a few weeks to create for just this one piece, but it was worth it! The details on it made the piece. I’m very proud on how it turned out. :) The chest piece is layers of cardboard and yellow craft foam I painted. I burned myself with the glue gun on both of these pieces, but again, it was worth all of the effort. I glued belt strips with plastic buckles on these two pieces to wrap them around my body. The shell wrapped around my waist and the chest piece just about it. I hand painted the eyes using ONE ping pong ball. I hated that I had to purchase a package of six ping pong balls for $1 to only need one. :( I cut the one in half and used it for the eyes. I used acrylic paint and a fine paint brush for the details. The said weapons are out of cardboard, masking tape, duct tape, electrical tape, and two foam hair rollers for the handles. Yes, two old school hair rollers that I believe are from the 80’s when the spiral curl was in. The size was perfect for the handle and for $1 a package, it was a steal! I even have some leftover if I want to use on my hair! Or not! The red mask and brown belts are just remnants I had. I don’t sew, so I used my hot glue gun to glue any seams down. I constructed the feet around an old pair of tennis shoes I had, then I was able to remove the shoe. (I didn’t want to ruin it with the paper mâché.) I constructed the hands out of cardboard, but needed to be able to fit two fingers in each part since TMNT’s only have three fingers. It needed to be a little big to scale to coordinate with the head and feet anyway.

The only item purchased was the green body suit. $25-$30 wasn’t too bad, since the rest of the costume was nearly nothing but time and patience. I then mixed the acrylic paints to match the color of the suit and painted the head piece, hands, and feet. *Remember to mix a lot of paint! Running out and having to match the same color is not easy. I learned the hard way!

My favorite reactions were from the kids at my preschool. “Woah, that’s the real Raphael!” One child was dressed as Donatello and said, “That’s my brother!” The adult reactions were cool. “Wow, how long did it take you to make that?” “That’s beyond awesome!”, etc.

This project took almost two months to create. I started in September and worked on it mostly during the weekends. It was worth the work. I have 150 children in my preschool and their reactions were priceless. (Well, those that didn’t cry.) :) 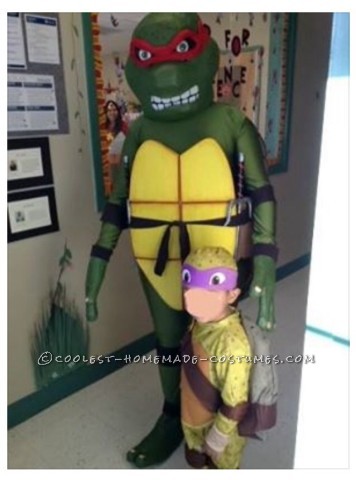 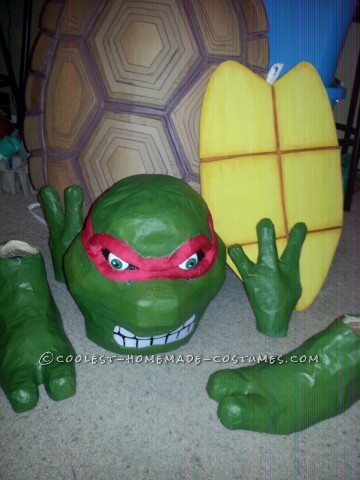 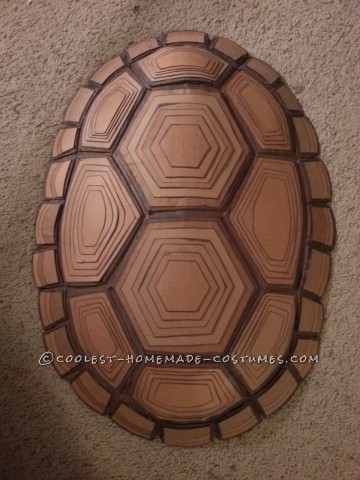 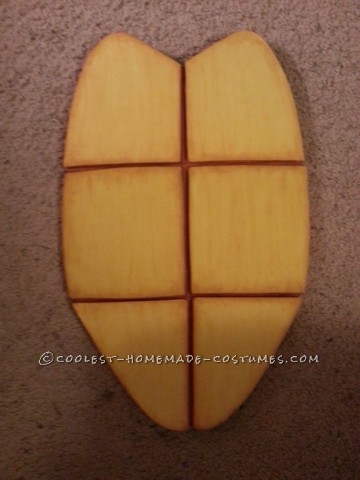 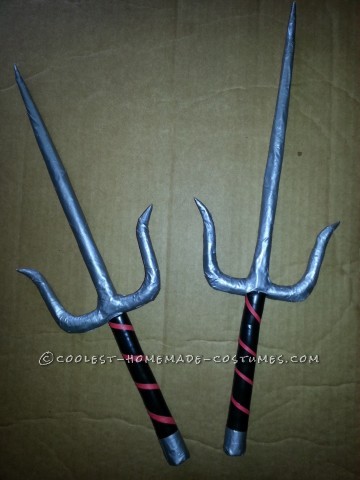