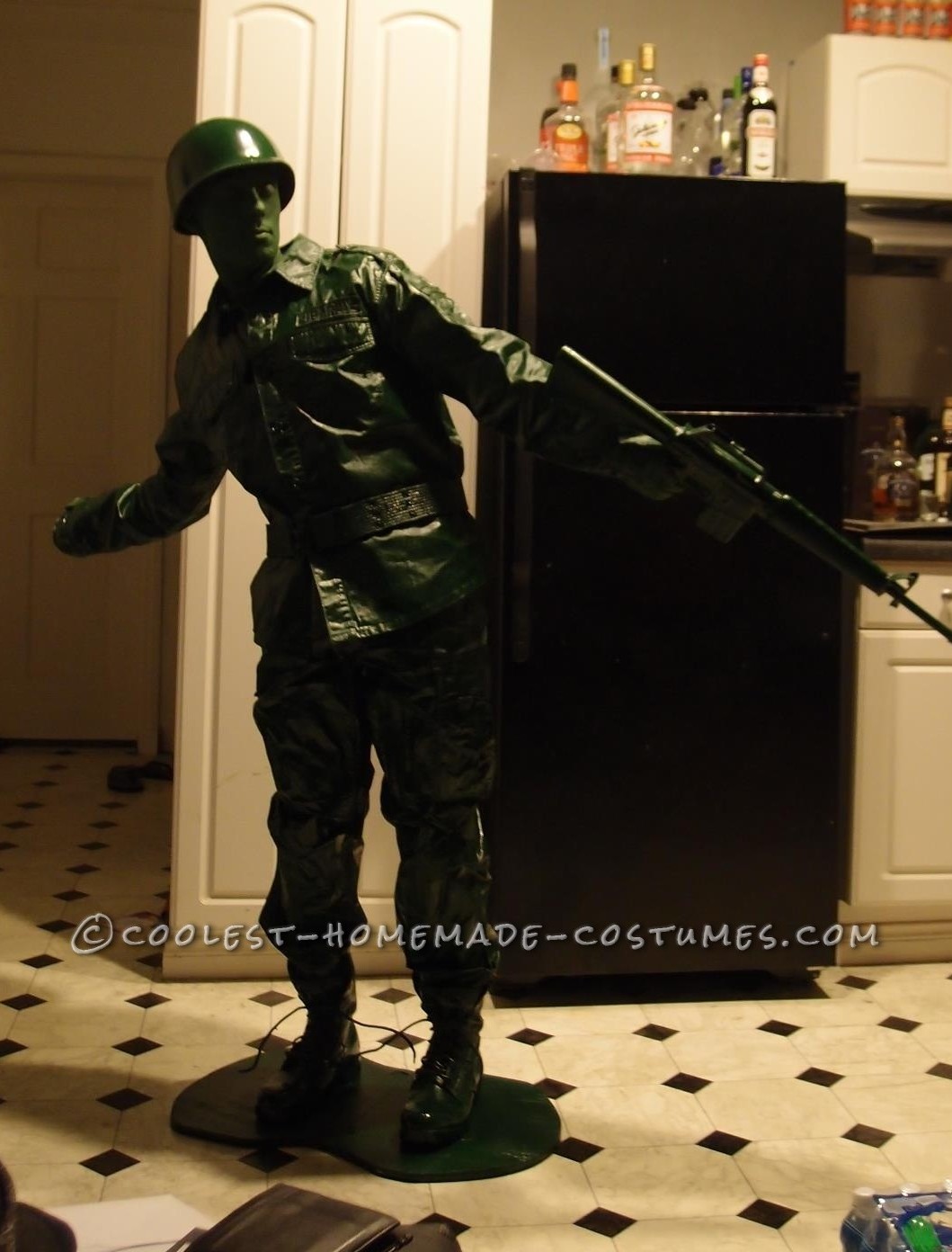 After racking my brain for months, I finally came down to a decision on my Halloween costume. I decided on the classic supermarket store bought toy soldier.  The green army man. The 50 pack of dudes in green and later in tan, from the 50’s that swerve sold next to the cowboy and Indians.

First step, I took an old army bdu ( battle dress uniform) I found at a garage sale down the street from my house. I painted and primered the fatigues and combat boots I had in a grey primer and then grey I chose. I then took an air soft container  shaped like a grenade, a toy gun and canteen and primed and painted them.

Then came the drop plastic, I took 3/4 inch plywood and cut out a drop shape that looked like the plastic on the toy to make it look real.  Then screwed the boots down to the wood and cut down the center of the ply so the would function similar to snowshoes. I then primed and painted the boots again and plywood to hadefinite shaheed costume.

Next I took matching  green makeup and covered my face, neck and hands and a finished product was about.

As far as things have gone so far  people have been ultra receptive and have loved the costume.  And I can’t wait to hear what you all think of my DIY costume. 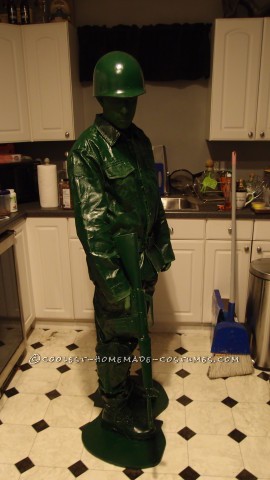 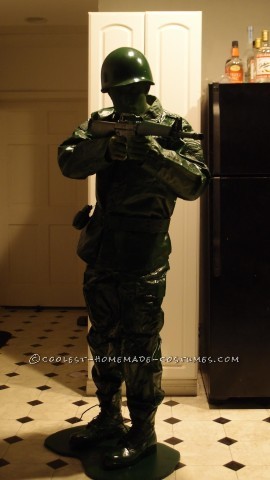 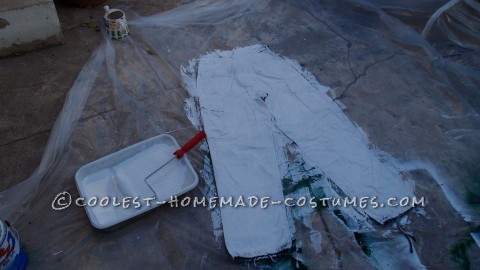 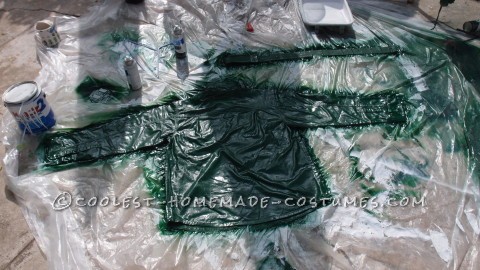 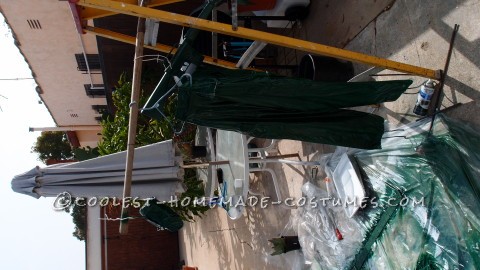 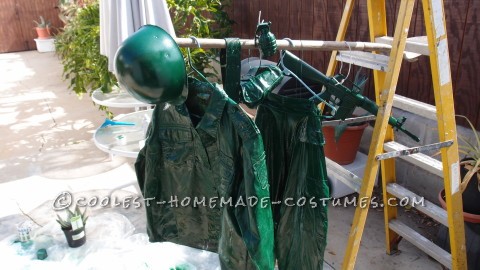 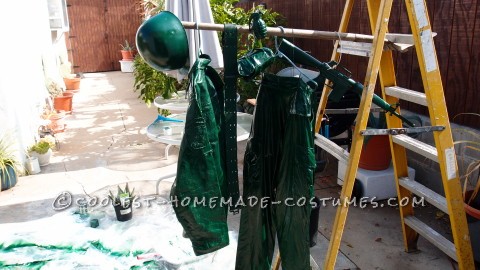