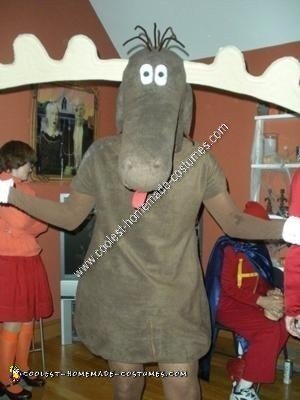 Every year a friend of mine has a themed Halloween party, in years past the themes included TV Characters, Famous People from history, Broadway plays and Movie roles. This year it was Cartoon Characters and I chose Bullwinkle. I had been pretty successful in the past having won with an Uncle Fester costume, The Pope complete with a Pope Mobile and having finished 2nd twice as Gingy from Shrek and Don Quixote from the man of La Mancha riding a six foot horse with built in beverage holder.

For this years homemade Bullwinkle Halloween costume idea I started by making the antlers out of Styrofoam and covering them with felt, then made the head out of paper Mache and covered it with felt as well. The body was done freehand with a zipper in the back (and front which I neglected to do on my Gingy costume which made going to the bathroom quite an ordeal).

I wore brown tights on my legs and arms and made some feet out of an old pair of shoes, some cardboard, brown felt and stuffing. I also made a Rocky the Squirrel costume for my wife. We were a big hit and low and behold I won again! Next year is Nursery Rhymes so that should be interesting. 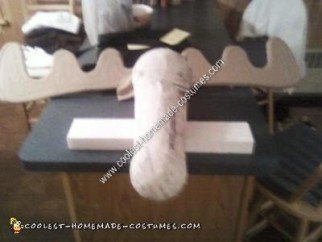 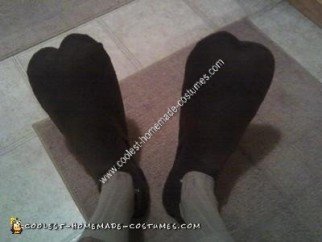 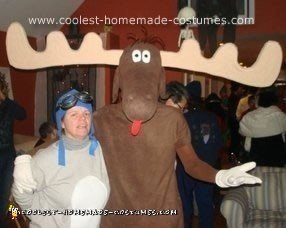