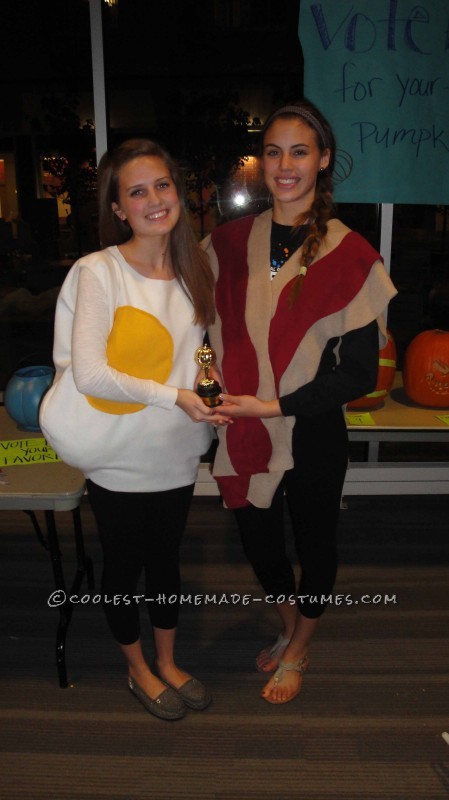 We decided we wanted to go as a pair this year to an annual costume contest party. Bacon and eggs couple costume was the perfect idea! We bought felt from Hobby Lobby for about $10 per costume.  We then cut the felt to the right size and shape for each one.  The bacon was pretty easy.  All we had to do was sew the light colored fabric on top of the darker red.  Then, we sewed the two strips of bacon together at the ends so there would be room for the head in the middle.

The egg was a little harder.  We cut out a white blobs and then sewed them together leaving holes for the arms, legs and head. We then cut out the yellow yolk and sewed that on to the white part.  Finally, we added a little bit of stuffing to make the egg look round!

The costume was a hit! And we ended up winning the costume contest!