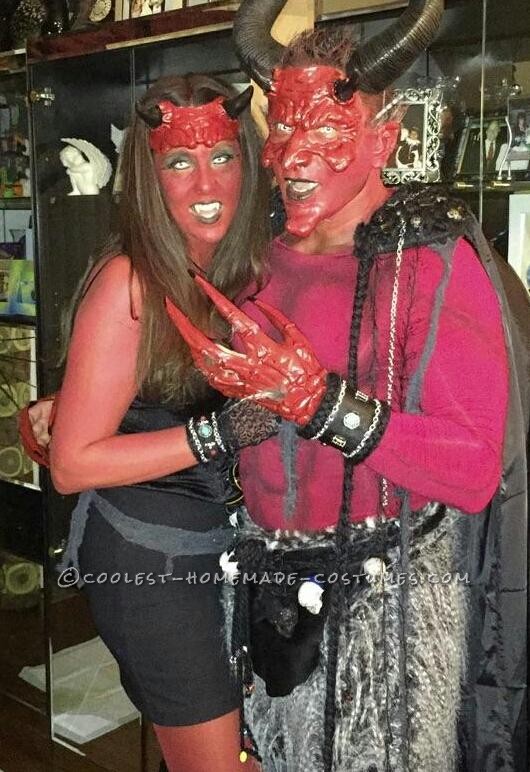 The costume’s idea came from the greatest demon ever created for film from the movie legend with Tom Cruise. Tim Curry’s character is unbelievable and has never been recreated that is until now.

I created the costume by referencing the movie bits and pieces from different stores. The mask came from CVS. I cut it up and glued it on the stretch shirt with a red shirt from Kohl’s. I brushed the muscles on that. The hands came from Party City and I painted those red and glued on some hair. The mo fabric is from Joann’s and I made a pair of shorts out of that. I used long black socks underneath. And I took a pair of old shoes, glued on some hair and made hooves out of leather I bought at Michael’s. I also used make up from Michaels as well as yarn in assorted beads to glue on the shoulder pads. The extra long horns are also from Party City.

This costume took hours and hours of work to get it together but as you can see, there’s no comparison. I won the contest for the 2014 Brotherhood winery contest. And I hope to win this one, thank you so much. I hope you enjoy the photos. 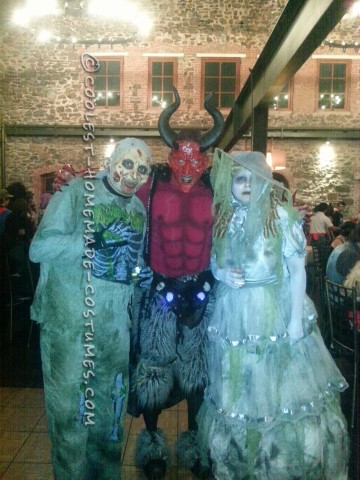 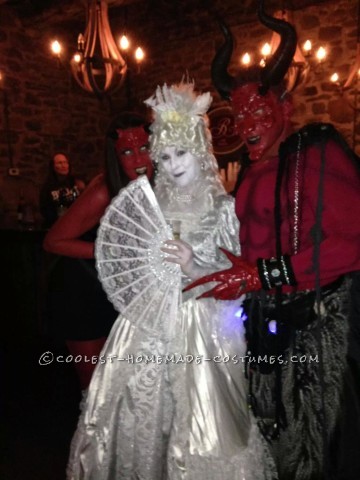 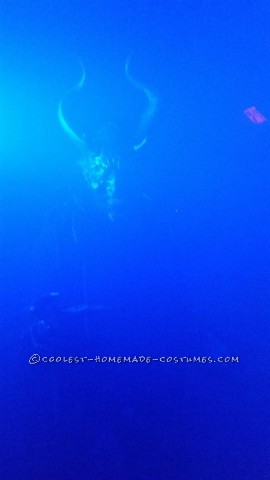 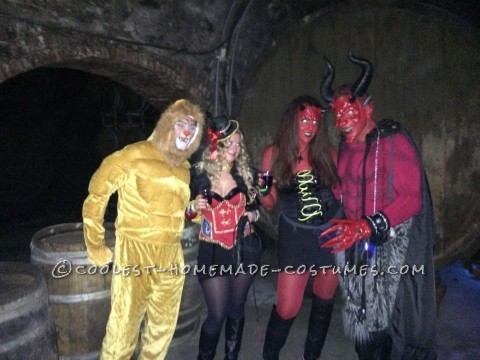 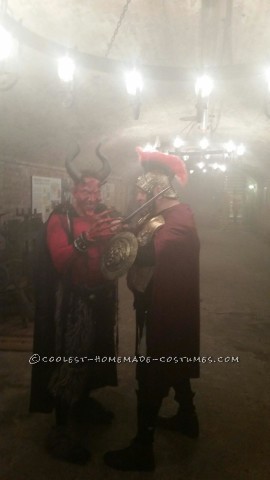 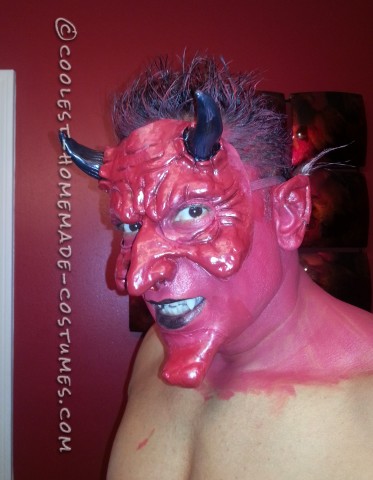