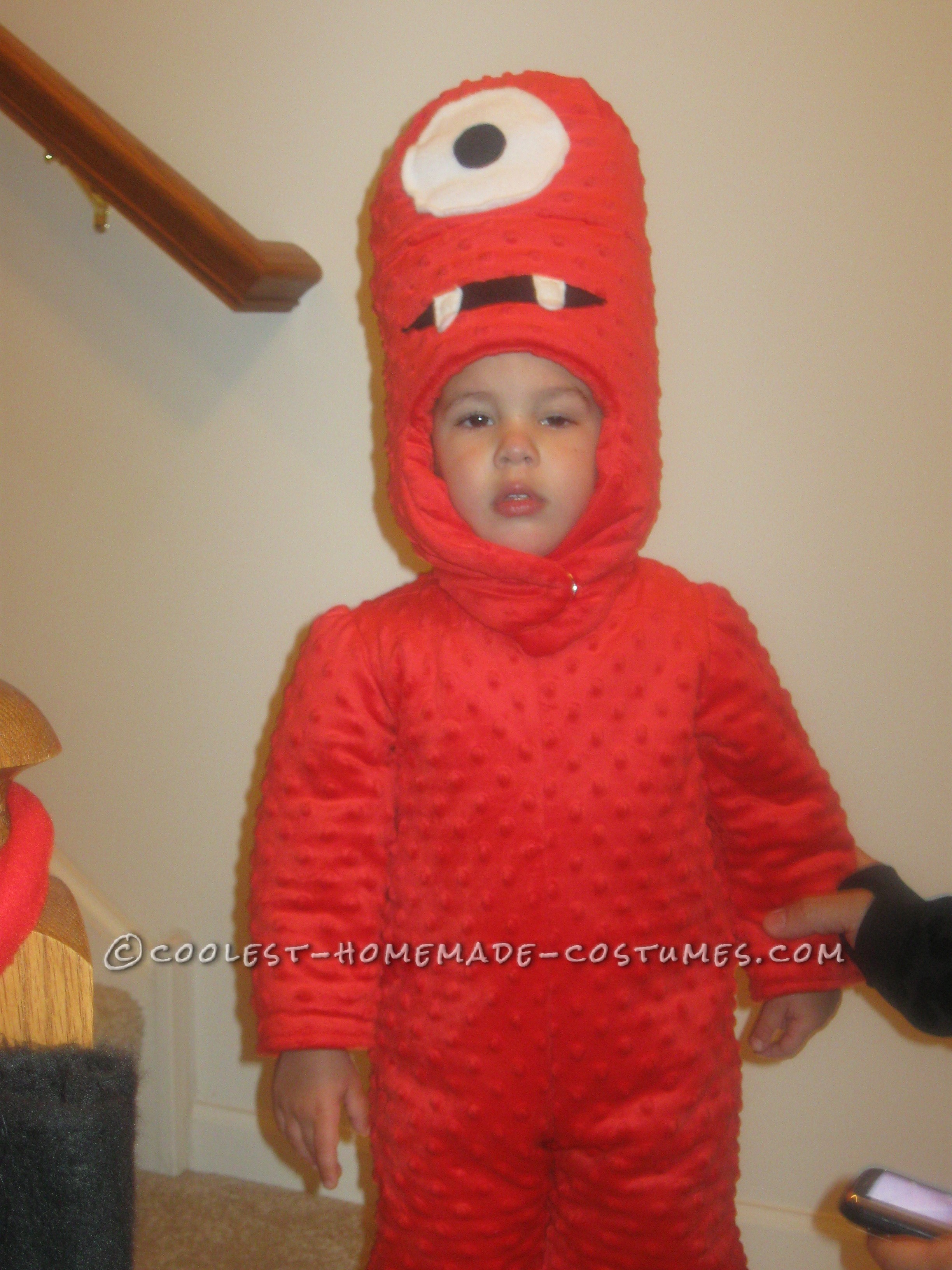 My two year old grandson Rocco loved watching Yo Gaba Gaba so when halloween approached there really was no question what should we make him, it had to be his favorite character…..Muno. At the time Muno was not as popular as he is now but it didn’t matter if no one knew who he was, Rocco would know so I searched for a pattern and could not find one so I created one myself. The challenge was his head, Muno is very tall, so I had to make the costume look tall without being so top heavy he wouldn’t be able to walk with out falling over. I also wanted it to be warm considering we have had some really cold Halloweens in the past. I found this amazing soft comfy warm material that one of his play Muno dolls was actually made out of and decided on that It had the little bumps that were on Munos body and everything. I added fleece to the body of Muno giving it that puffy look and adding warmth to the costume and made his head three times the height of a regular hat and lined it with fleece and stuffed it fill and added the face above his face opeing of the hat. I also covered his shoes and made gloves so it looked like the real Muno. He was thrilled when he saw the hat “Muno, Muno ” as he pointed to it. Definitely made my day. On Halloween day we put it on him and he paraded around the house and off they went trick or treating. Well as soon as they went outside all the kids in the neighborhood were stopping and pointing, “theres Muno!” some of the grown ups didn’t know who he was but the kids sure did! They were in cars yelling out the window,” hey Muno”. He was the hit of the neighborhood. To this day we still talk about how we didn’t think anyone would know who he was and how surprised we were when he became a star that day. People we didn’t even know were taking his picture. Muno, the first of many costumes he would proudly wear. 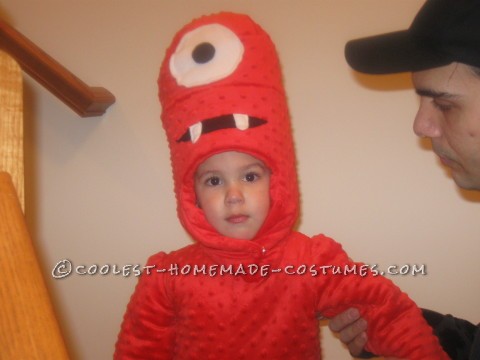 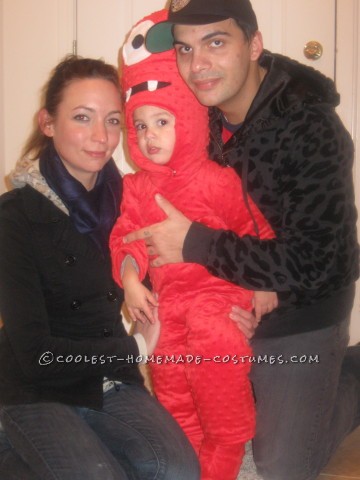 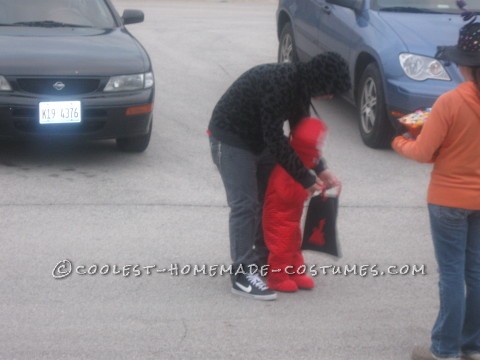 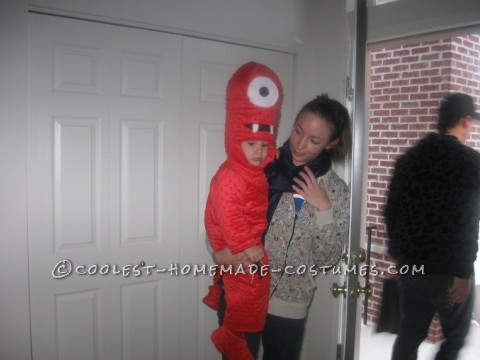 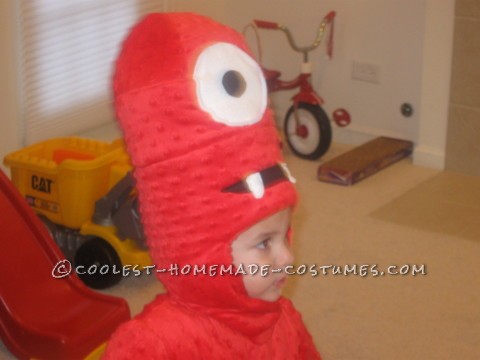 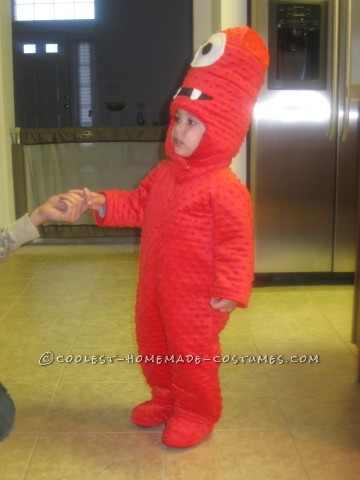 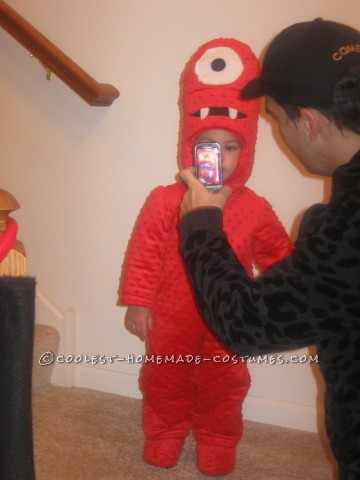