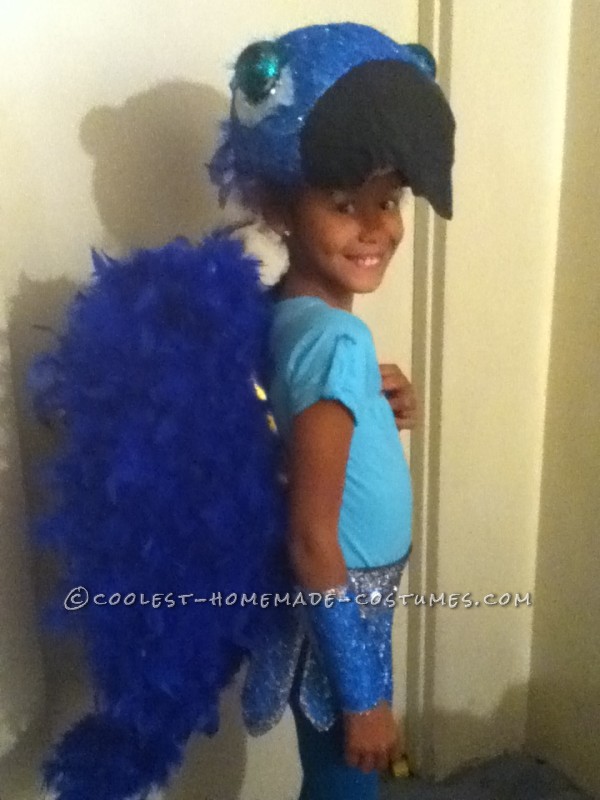 We love the movie Rio…

Usually when I make a costume I start out by sketching my idea(s). In the case of this Rio costume I made sketches off of the movie. It took a lot of rewinding to get a good look at what Linda (Blue’s owner) was wearing. The costume had to be reconfigured for a 9 year old.

When that was done, I then broke down each part of the costume, i.e the waist band, the tail, headpiece and arms…the clothing part.

I started with the head because it seemed to be the hardest thing to make. The head piece was made out of paper mache using a punchy balloon, strips of newspaper, flour and glue. Once dried I covered the head piece with white glue and LOTS OF GLITTER ( sorry….I love glitter). I did the contours with different colors of glitter, put on the beak and feathers at the back of head piece. Once dry, I added the eyes. We placed a toy bobby hat inside the head piece and used spray foam to keep it in place….then put on a chin straps.

I made a flap pattern for the belt, cut it out and glued the flaps to a wide belt. I then used blue and silver glitter for the designs. I made a pattern for the gauntlets and cut out the foam forms. I added glitter designs and Velcro.

The wings were a bit easier, because I bought a pair of angel wings and tore them apart for the frame. I re-shaped the wings and covered them with tissue paper. It took 15 large boas, royal blue, to do the wings. Once dry, I attached shoulder braces.

I made the ankle feather straps using elastics and feathers, covered a pair of runners with blue glitter. I glued four gradual colors of blue sequins on a turquoise shirt (with washable glue).

And lastly…I used wire cutters to make the tail out of lite coat hangers. I spaced the wires, shaped and then duct taped them together. I covered the frame with blue tissue paper and then glued feathers on it.

Attention. I was asked where I bought it, when I told them that I made it the reaction was always the same…..THAT’S AWESOME!

It was worth the 3 weeks of insanity! 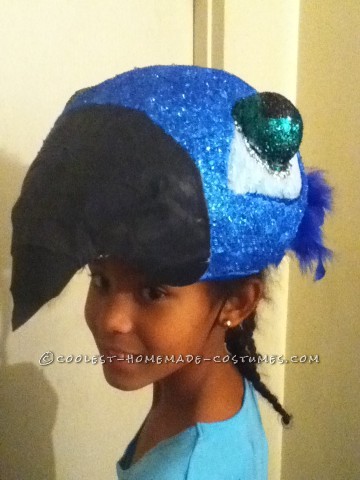 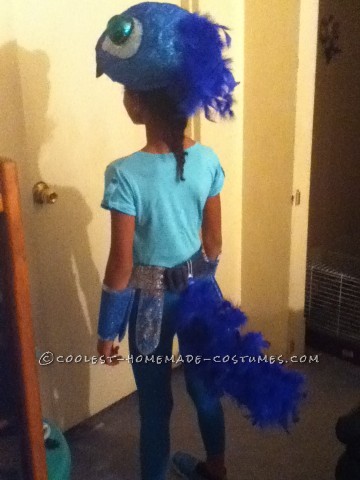 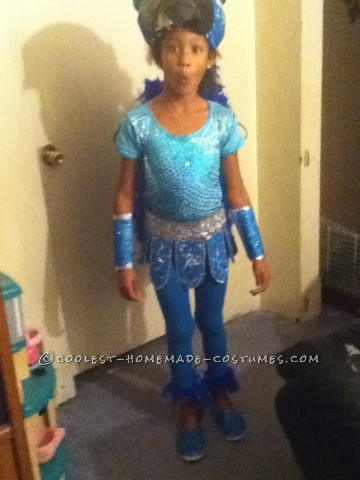 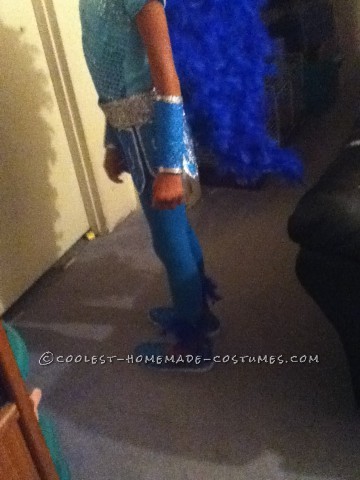 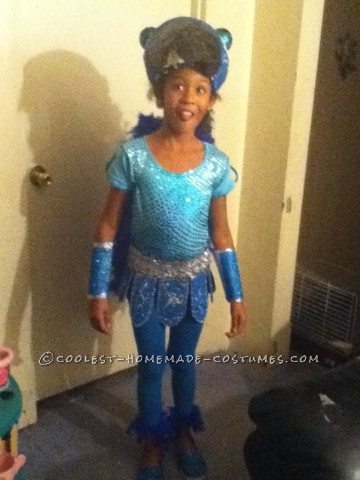