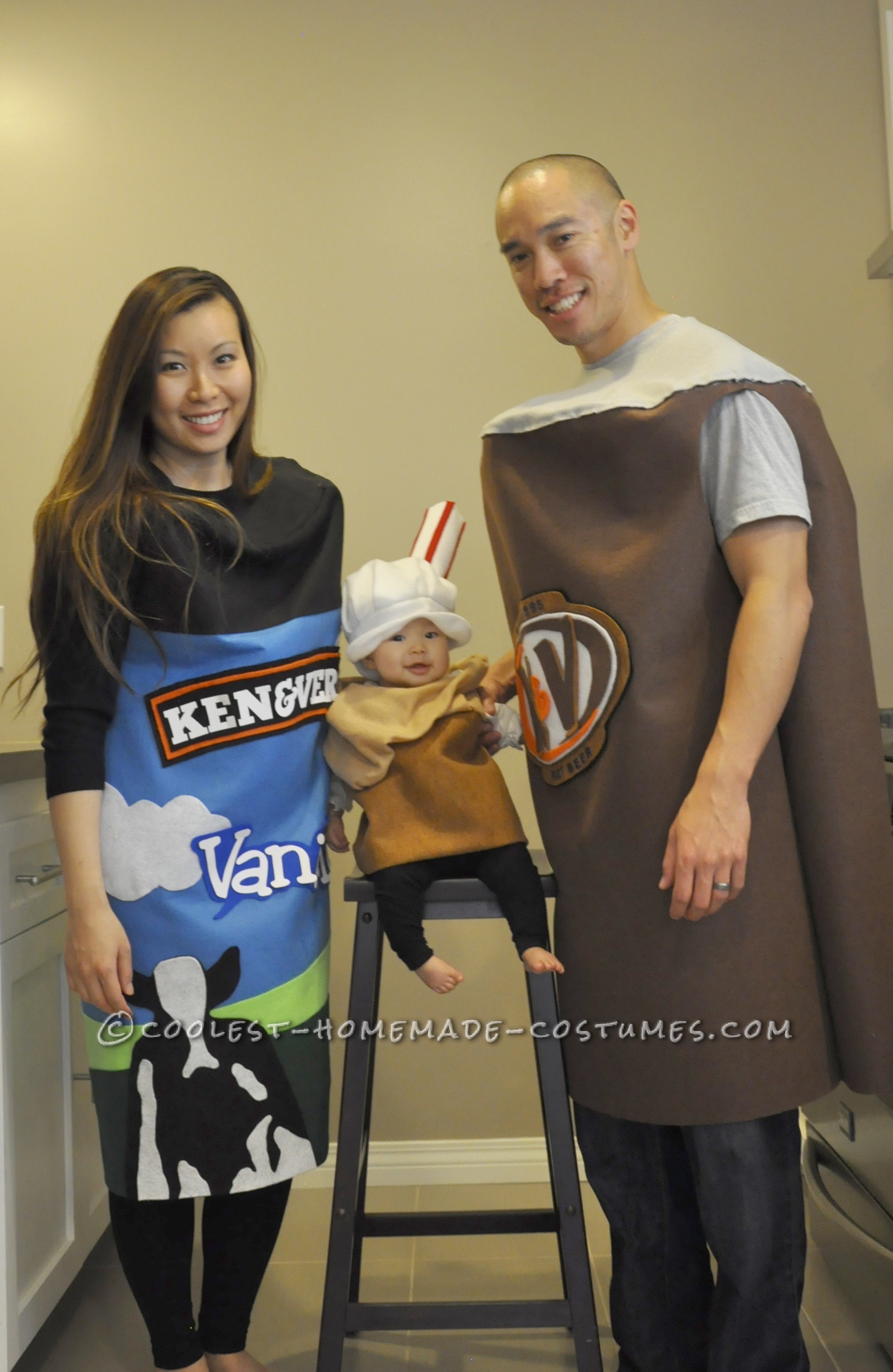 I’ve been making my own costumes for years now and it’s one of the things I look forward to during Halloween. Each year I spend a great deal of time thinking of costume ideas and how to execute it. I almost decided to pass on making any this year because my husband and I just welcomed a baby girl 4 months ago. I didn’t think I would have the time or energy. However, it was going to be her first Halloween so I decided I was going to make it happen. Who needs sleep anyway?

The inspiration for this Root Beer float costumes really came from not wanting to do a traditional family costume. I wanted something more clever and unique. My husband, Kenny and I, are still in awe that we created this little miracle and I thought it would be awesome to create costumes based on the idea that one thing couldn’t exist without the other. Immediately, I thought of root beer float.  I was “Ben & Jerry’s Vanilla Ice Cream”, my husband was “A&W Root Beer” and our baby girl was the end result of the two mixed together: Root Beer Float.  I love making things a little more personal and original, hence, the “Ken and Vergy’s Vanilla Ice Cream” and “K&V Root Beer”. Our family name is Yee so we titled our costumes “Root Byeer Float”.  I made the costumes entirely of felt and some of the lettering on paper.  The total cost of the costumes came under $30.

I have never entered a costume contest before but we received so many compliments on how clever and original the costumes were and encouragement to enter that I decided this was going to be the year.  Although it was a bit of a challenge finding time to make costumes for a family of three while being a full time stay-at-home mom and running my own business, I managed to complete them and I couldn’t be happier with the outcome. 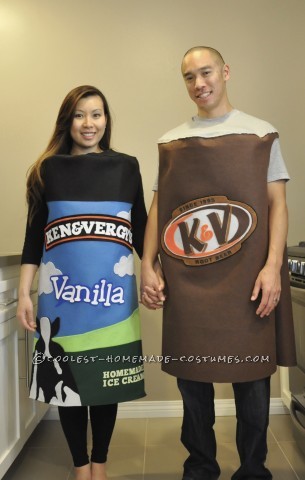 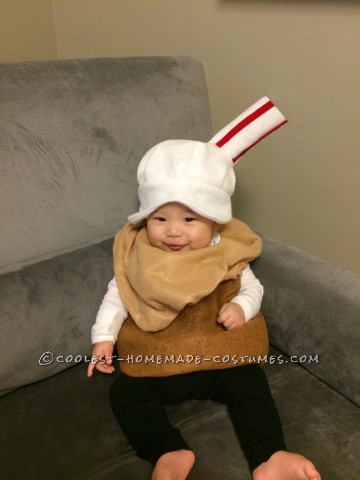 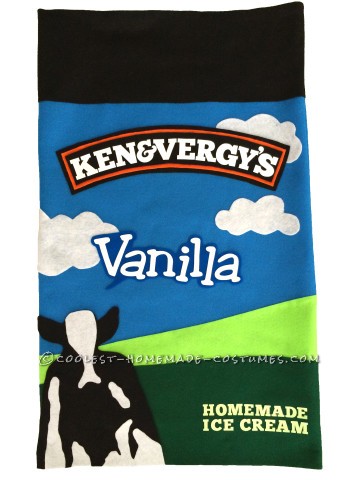 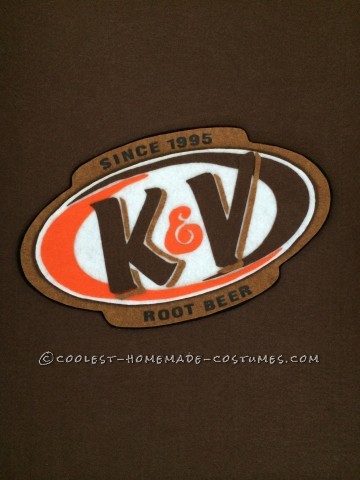