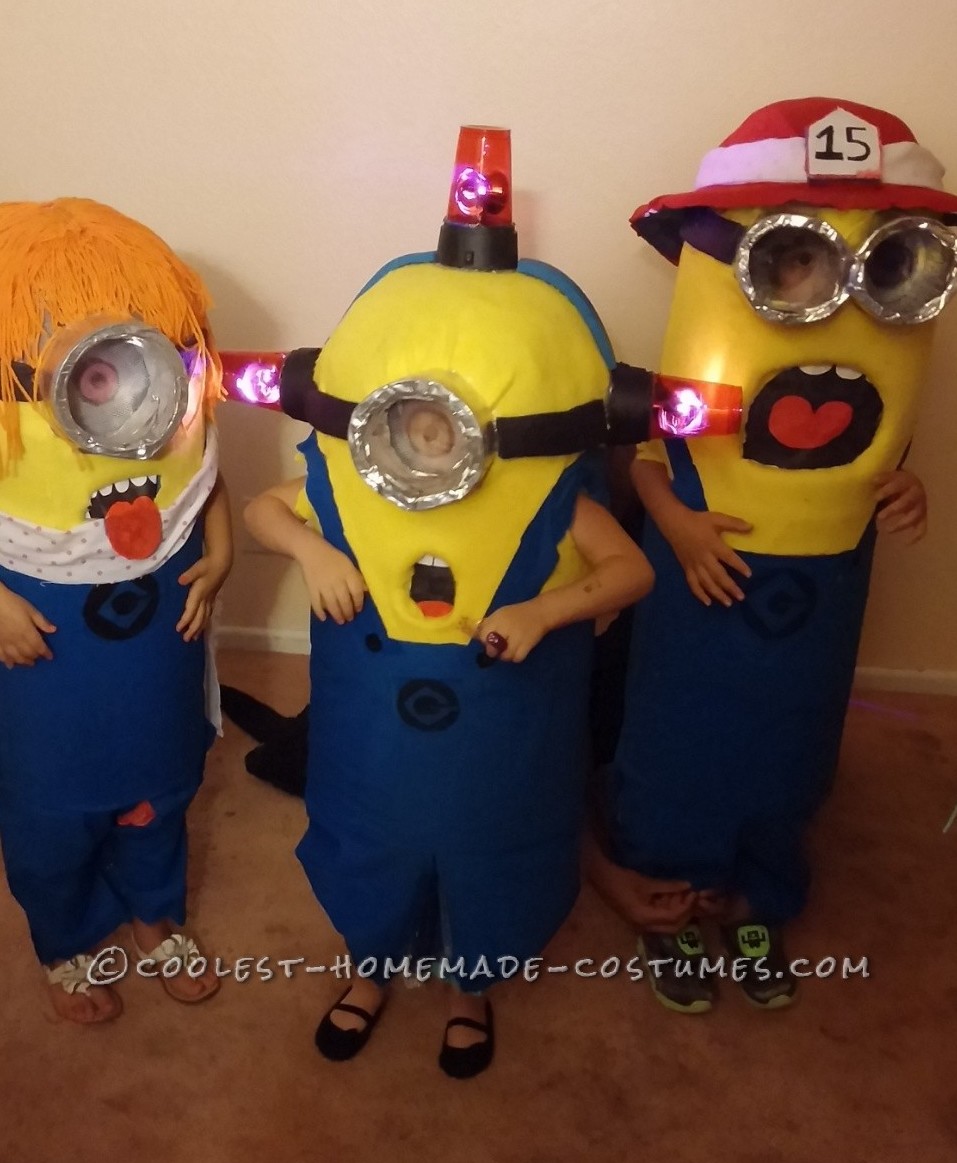 When starting this costume I was determined to make it a no sew costume let me tell u the hot glue gun became my best friend. I spent about 8 hrs on each costume and less then 40$ each but it was all well worth it.

My kids and I could not walk anywhere with out people asking to take a picture with our kids. I started off with blue camping foam from walmart made it wide enough so my kids could move. And glued the ends together to create a tube. For my youngest I cut v like sections at the top to close it together and make it round. Then I paper mached it to make it solid and round for the head. I cut out the holes for the mouth eye or eyes and arms. I then got the yellow felt and glued it all around the body and where the wholes where I cut the felt and tucked it in and glued the corners be very careful when doing this I burned my finger really bad.

I then used the blue material to make the overalls I cut the slip down the middle and use velcro to make it look like pants and so it is easier to put on and take off. I then just colored the mouth on a white piece of paper and glued it in the inside of the mouth. For the goggle I used some of the foam and used silver duct tape to make it shiny like metal and used more of the left over foam to make it look like straps to make them black I used sharpie and colored it in. For the lucy minion I used orange yarn and wrapped it around a heat light shell and also glued only the middle of the hair so the ends still moved like hair. 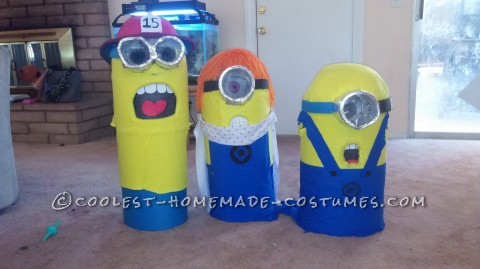 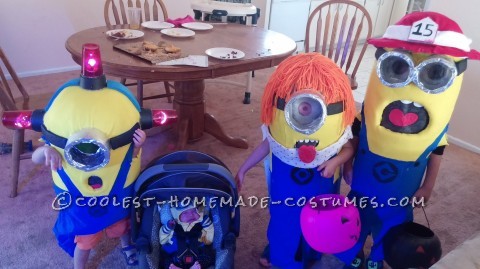 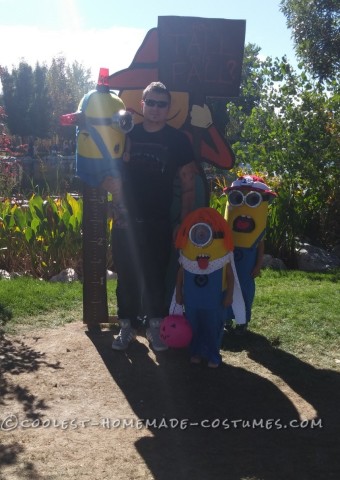 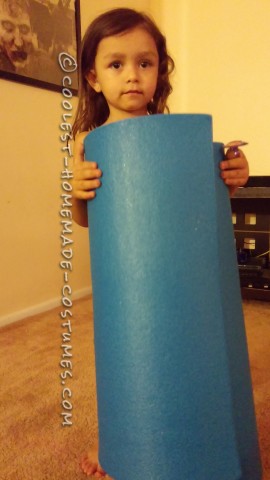 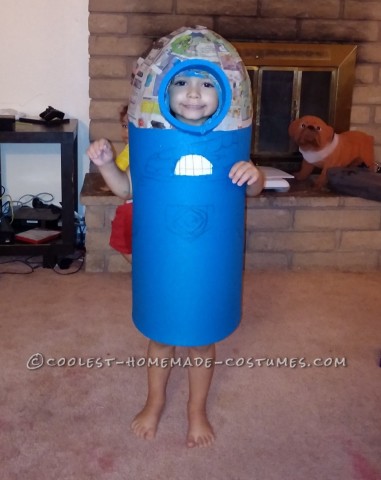 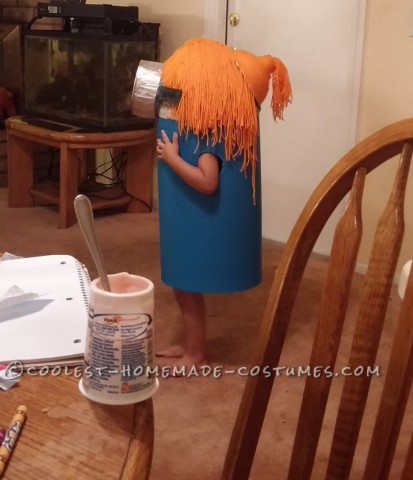 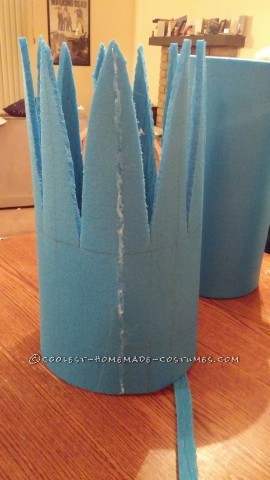 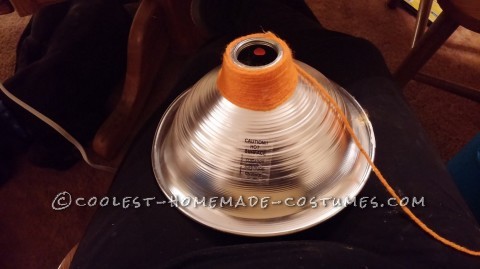 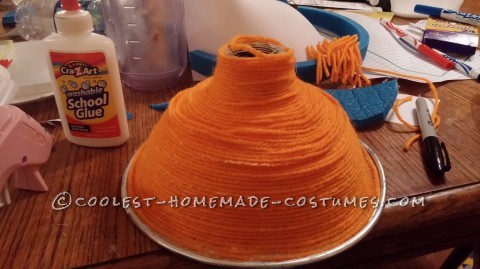