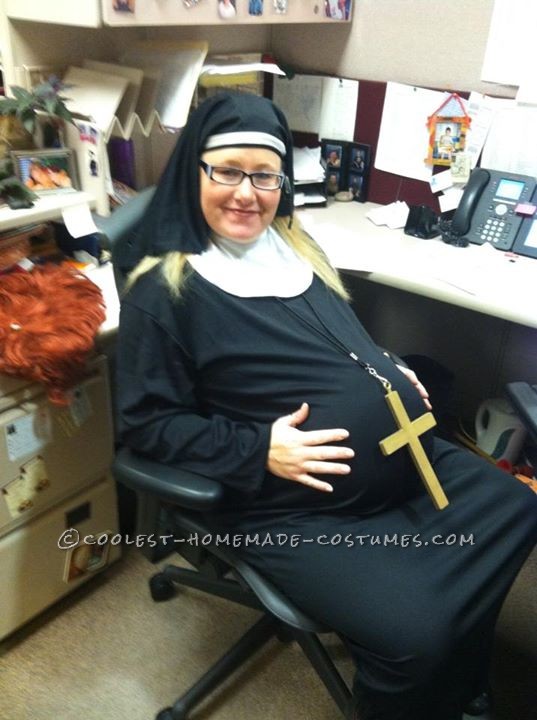 I had told my husband that everybody at my work was going to be disappointed that I wasn’t dressing up as something Fun for Halloween this year.  I just hadn’t had time to come up with anythng Fun because we had been to busy dealing with other issues.  I got up the next moring and … Read more 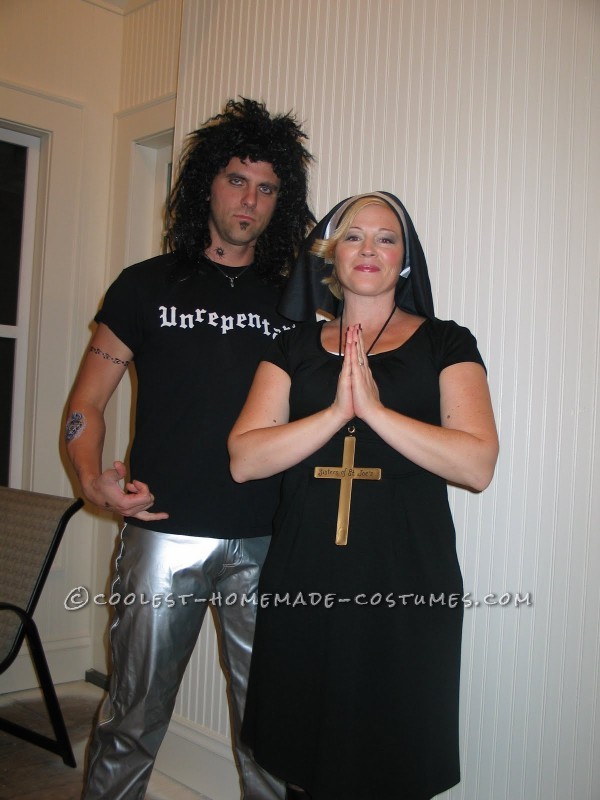 This Nun and the Rebel costume idea came to be out of desperation but turned out great in the end.  We made a trip to the thrift store and we found our inspiration and came away with most of our costume.  The black dress, the amazing, silver, nagahide pants, and the shirt with the printed saying, … Read more 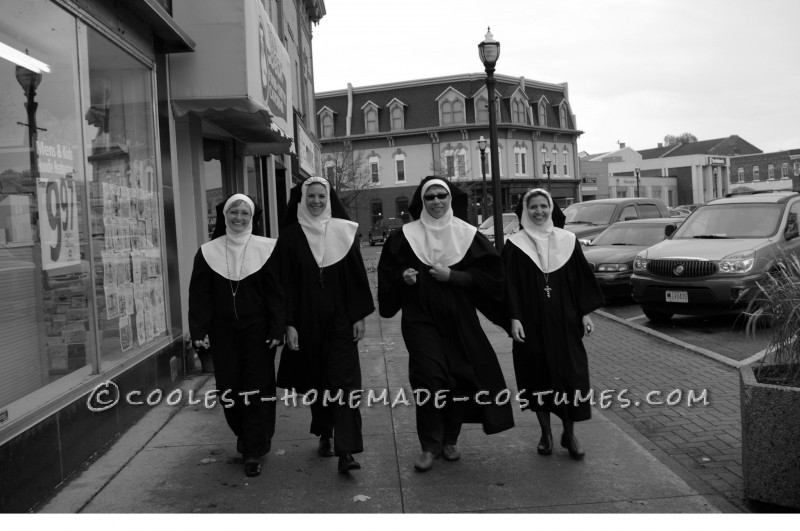 There are approx. 12 staff that participated in this activity but unfortunately I only have a pic of 4 of us.  We all work at the Court House.  I had a lots of fun making the costumes and seeing more and more people wanting to participate.  It was fun for all of us to get … Read more 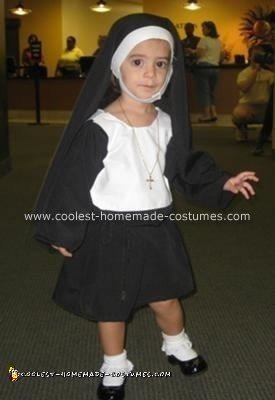 When Daddy found out we were having a little girl I made her a Homemade Nun Halloween Costume for her first Halloween as a joke. Now this year since she is actually Trick-Or-Treating, I made her another one and that is how the nun costume came about. I simple could not find one anywhere so … Read more

Last year I was a nun for Halloween. This Mother Superior costume required a lot of sewing. The main gown of the Habit was a long black gown. I made mine, but a graduation gown or something from a witch or grim reaper could be used. Next came the white collar. I used a pattern … Read more 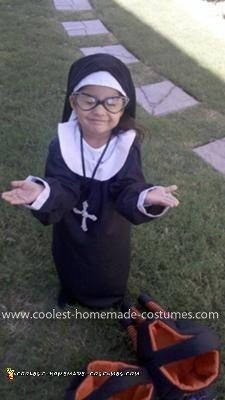 Looking for something different and had no luck. Went to church and saw the nuns and that gave me the perfect idea to make for my two year old. Her outfit was sewn and her head piece was a skirt pant with a head band underneath. We received lots of attention for this Homemade Child … Read more 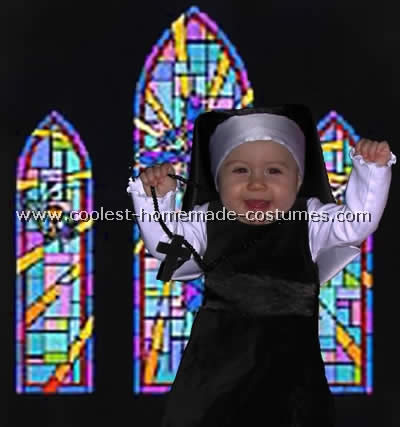 We made this nun costume for our seven month old daughter. The idea originated as a joke because she was anything but a good baby (she had horrible colic). The dress is a store bought Christmas outfit that had red flowers at the waist. I took some black fabric used for the habit and covered … Read more