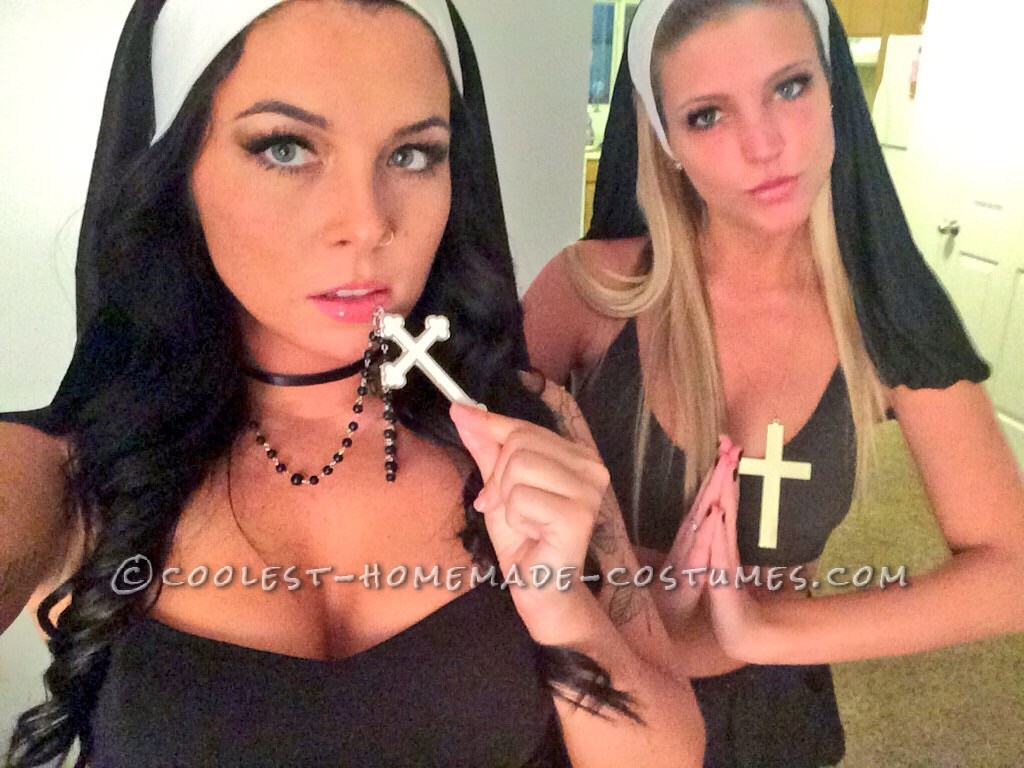 My roommate and I were trying to think of a costume that you don’t see often. That’s when we saw the nun head piece and thought, “omg how perfect.” It’s a simple costume don’t get me wrong, but it’s funny and sexy at the same time.

The reactions we got from people was the best part. The guys were the ones that were like “holy shit”, and then we got “this is probably the funniest costume I’ve ever seen”. Walking around my campus (central Michigan university; fire up chips!) was probably when we got the most mixed reactions from people. I mean you see girls in sexy costumes all the time, but seeing a nun costume is what made people look again. Even my family got a real kick when I told them I was being a nun. Obviously this wasn’t a costume I could send to my parents, lol.

All you have to do to make this naughty nun costume is cheap and super simple. Go to your local halloween store and buy a nun headpiece which is about $8.00. Find a black skirt, I know every girl owns that. Throw that on. Buy thigh high tights which is not expensive either. Last thing you need to complete the outfit is a cross necklace.

The best part for me was that I wasn’t anything that my friends were being. I put a lot of effort into my other costumes. I have a feeling I’ll be seeing a lot of nuns pictures on social media websites. Hmm wonder where they got the idea from?

Homemade Couple Costume Idea: The Nun and the Rebel