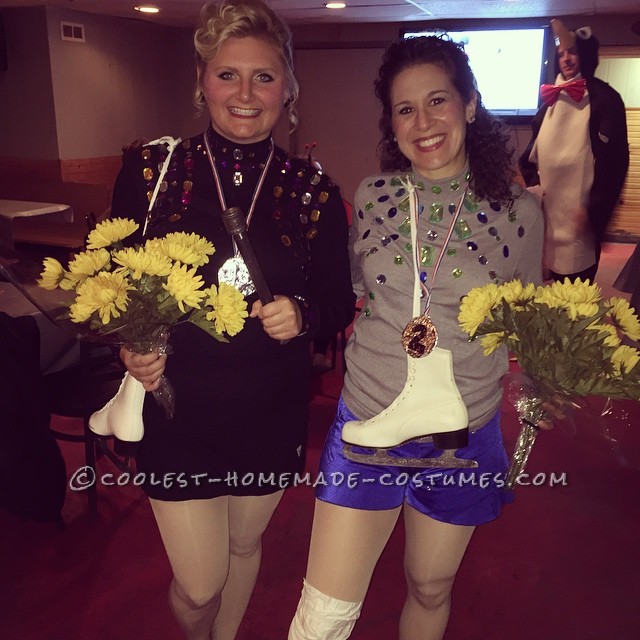 Natalie (Nancy) and I (Tonya) were previous co-workers turned best friends. Last Halloween we decided we needed a costume that would give a good laugh and maybe some nostalgia. After debating and throwing out some overdone costumes we came up with a blast from the past this Halloween. Nancy Kerrigan and Tonya Harding ladies and … Read more 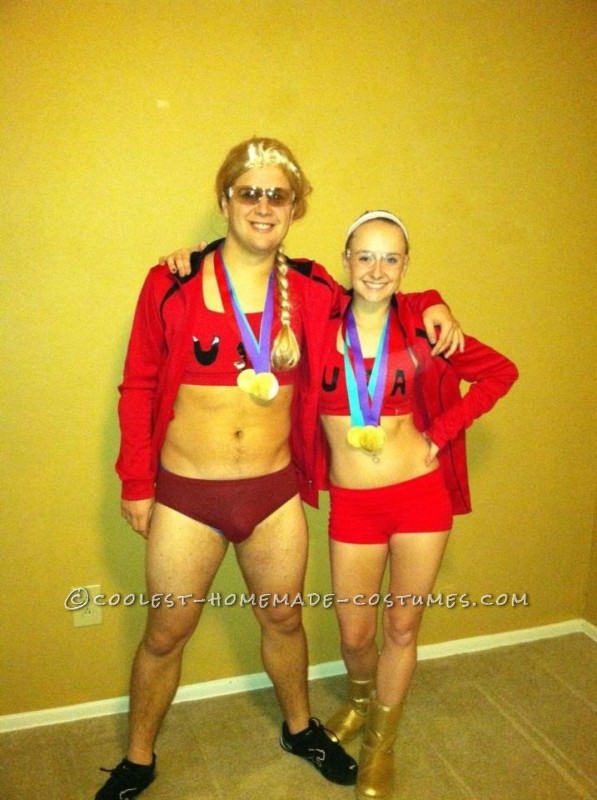 As big fans of the gold medalists, my boyfriend and I decided to honor them in the best way we know how – Halloween costumes. Jim was not hesitant at all about sporting a speedo in public, and we were a big hit at the parties we attended. We were able to get everything from … Read more 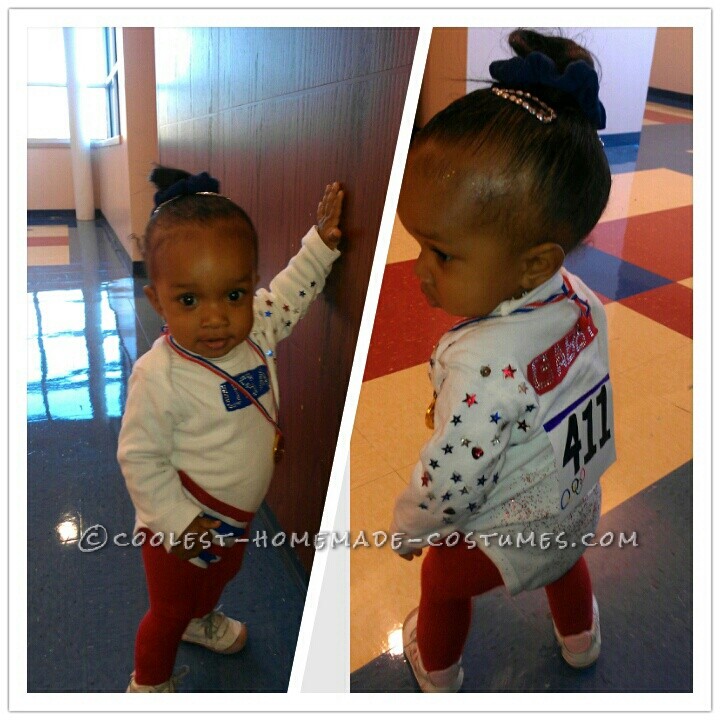 I came up with this idea like a week before Halloween . My 1 year old already had  a store bought costume but that’s not really my thing! Sooooo, I found a white long sleeve onsie she already had and grabbed some red white and blue felt from the craft store. I got the gold medals … Read more 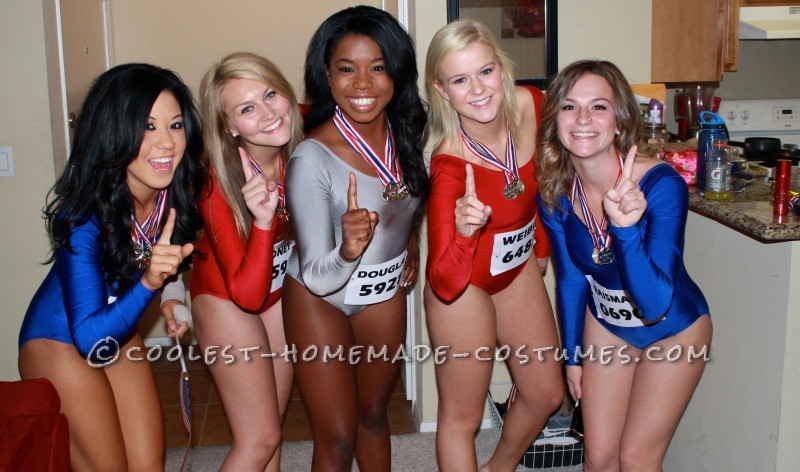 This group of girls is completely random and hilarious…why the costume was such a hit! We were all sitting in school ON Halloween day with no idea what we would be when Candace (middle) suggested the Fab 5 gymnastics team and we ran with it. We bought leotards and fake medals and made numbers to … Read more 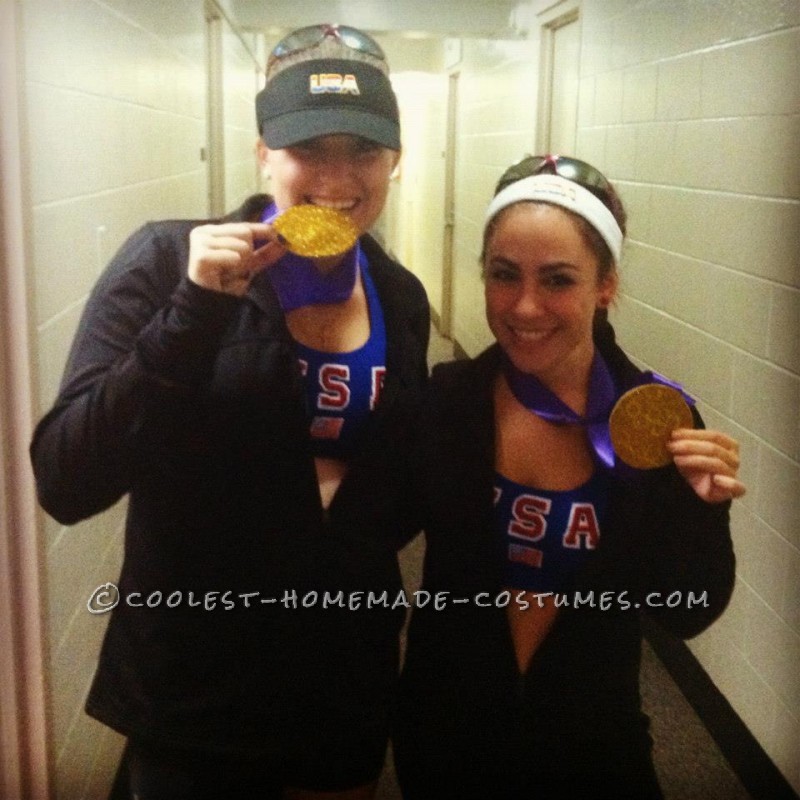 My friend and I love Misty May and Kerri Walsh and we just happened to be the perfect height and hair color to pull off the costume ! We made gold medals out of gold foam sheets and purple ribbon, and then used silver letter stickers to write out London 2012. Then we bought blue … Read more 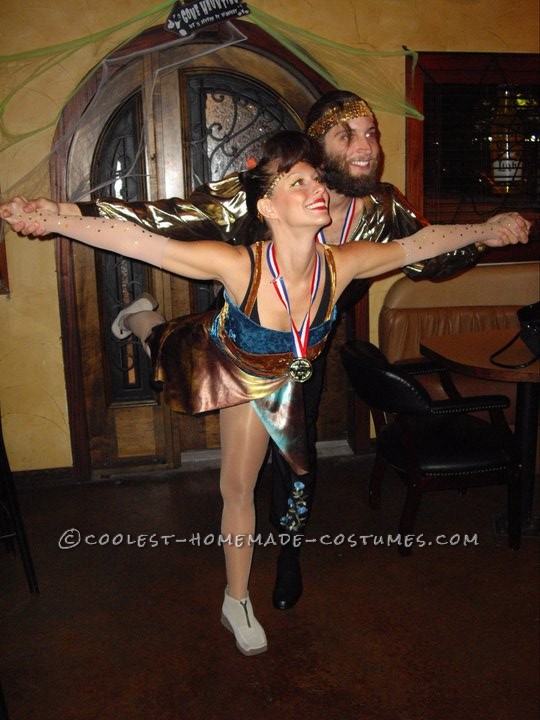 Honestly not too sure how my fiancee came up with this idea for this Olympic Gold Medal Figure Skaters costume, but it’s a relatively easy costume to put together. Visit your nearby Goodwill and look for treasures. I would say the main part is the makeup and hair style. We did have real ice skates, … Read more 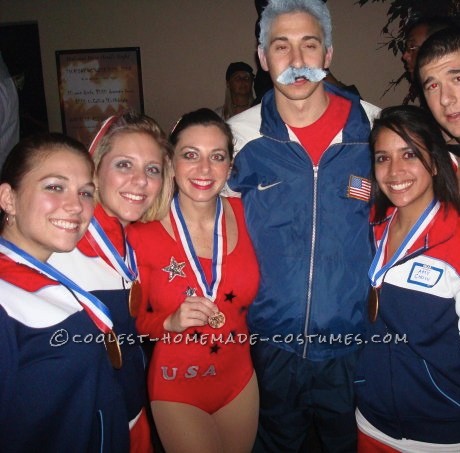 In 2008, a couple of girlfriends and I thought it would be a great idea to bring back some of the 1996 “Magnificent Seven” Women’s Gymnastics team for our Halloween costume. That summer, there were many other Olympians, like Shawn Johnson or Michael Phelps so that is why we decided to go back in time … Read more 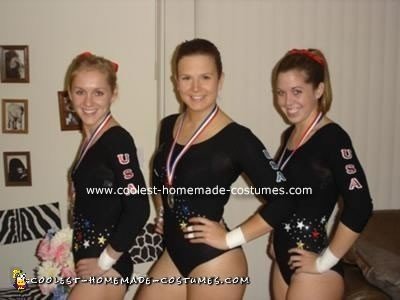 My two friends and I decided to be the USA Olympic Gymnastic Team. So for our Olympic Gymnastics Team Costume we got plain black ballet leotards from a party store and added sequins, patches and decals to them. The sleeves had USA down them and there was an American flag on the back of the … Read more 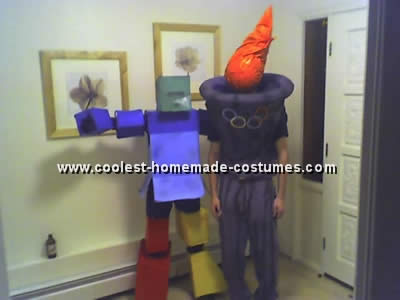 Thanks to our unique costume ideas, this was a fun Halloween. Kim saw the picture for the 2010 winter Olympics and thought to make a coupled theme. Took a bit of brainstorming but it worked great. Kim as the Inukshuk took a lot of boxes and fitting (prep work). This costume turned out great. We … Read more